MURDER WITH A DASH OF ZYDECO…

When Mack Mouton finds a dead body in a drum case, Louisiana police suspect
him of the murder. As Mack travels the South, and performs with his band, he
becomes the target of the real killer. Mack is sucked into danger and
intrigue, and discovers a mystery about his deceased father. Will Mack be
the next body in the drum case?

Or…will he evade the killer and solve the puzzle?

ON A PLANE… ON A TRAIN…FASTER THAN A SPEEDING BULLET!

Bullet Books are speed reads for the busy traveler, commuter, and
beach-goer. All are new original crime fiction stories that can be read in
two to three hours. Gripping cinematic mysteries and thrillers by your
favorite authors!

Page turners for fans who want to escape into a good read. 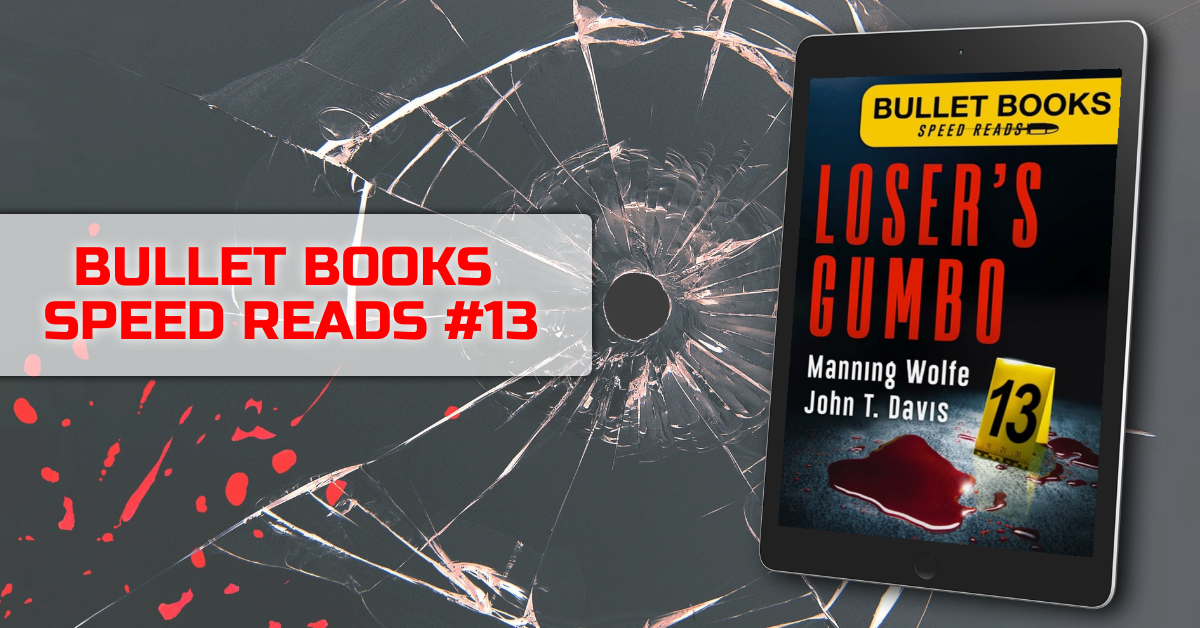 Manning Wolfe, an award-winning author and attorney residing in Austin, Texas, writes cinematic-style, fast-paced crime fiction. Her legal thriller series features Austin Lawyer, Merit Bridges. Manning is co-author of the popular Bullet Books Speed Reads, a series of crime fiction books for readers on the go. As a graduate of Rice University and the University of Texas School of Law,
Manning’s experience has given her a voyeur’s peek into some shady characters’ lives and a front row seat to watch the good people
who stand against them.

Joh T. Davis has co-authored, under the pen name Miles Arceneaux, five thrillers set on the Texas Gulf Coast. The first novel in the series, Thin Slice of Life, was followed by La Salle’s Ghost, Ransom Island, North Beach, and the latest volume, Hidden Sea. His Bullet Book Speed Read,
co-authored under his own name, is Loser’s Gumbo. A journalist by trade, John makes his home in Austin, Texas.