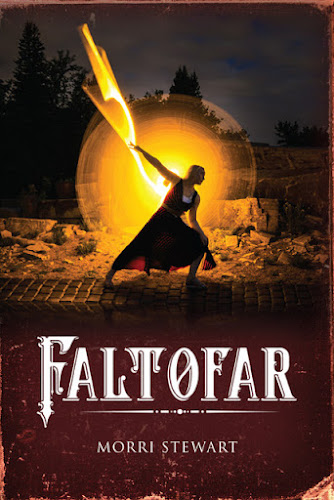 Faltofar
Morri Stewart
Genre: YA Fantasy
Out May 20th 2020

Lilianna and Thom never thought they would meet a Sepherii, the mythical creature from stories of the Dark Days when Morauth spread evil like a contagious disease across the land. But why has Torr, the Sepherii, been summoned again?Decades have gone by since the hero Rendar overwhelmed Morauth high on the Ledges, cutting her deeply with the black obsidian blade given to him by Torr. This time, Lilianna and Thom will be called on to help. Only the Dagger of Rendar has the power to banish her again, but in the hands of a child will the weapon be enough?The young descendants of Rendar must be strong enough to strike the blow. Nothing less than the future of Faltofar and all its inhabitants is at stake. It just gets a little muddled when the family tree also includes the sorceress Morauth.

Buy your copy on Amazon!

No more than ten paces separated the two. As Olitus moved forward, so did the Sepherii, until they were both within feet of each other. To Thom’s amazement, Torr extended one long leg and bent the other in what could only be defined as his equivalent of a bow. Olitus acknowledged the Sepherii’s formal greeting with a nod of his head.

“These are strange times in Faltofar. No human would deny the blessings of your kind at his or her side,” Olitus said, with the beginning of a smile. “I speak for my family in saying we are honored.”

Torr stood to his full height, his head tilted proudly back. His eyes spiraled and a low hum emanated from him. The previously unconcerned grouse hens, disturbed by the activity in the yard, flapped and squawked in their pen. Olitus, displaying the sense of humor he was renowned for, began to laugh at the clamor of anxious bird noise that filled the air, and the formality of the moment dissipated in the fresh night air. His father’s laughter was infectious, and Thom joined in, the tension he’d felt all day disappearing in the dusty yard. Olitus gathered his son to his side in a bear hug.

“The Sepherii is well taken care of, Thom?” he asked, waving a weary hand at the bandaged foreleg.

“Good!” he exclaimed at Thom’s nod.

Olitus swiped his hand across eyes bleary with dust and travel, scratching at the growth of a beard. “Then let us leave him to the night for now.” Before turning away, Olitus stepped even closer to the Sepherii and spoke softly.

“Well met, Torr. I am glad for your company.” He nodded a goodnight and moved toward the porch.

Thom hastily stepped closer to the Sepherii, awkwardly raising his hand, indecisive as to whether he should extend it in a handclasp or just wave. He opted for the wave.

“Good night Torr,” he said, then hurriedly followed Olitus, almost bumping into him when his father stopped abruptly.  Olitus had pivoted to address Thom when his eyes alighted on the dwarf’s club tucked into his son’s belt. All humor was gone. The moment stretched out.

“I would gather you have a story to tell me, son, but I am in need of the comfort of our hearth and your mother’s kindness, and words are better woven in the light.” 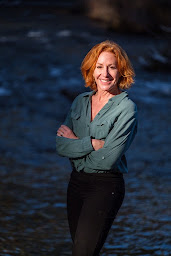 Morri Stewart has lived in the Pacific Northwest for the past 16 years, arriving there through a circuitous route filled with adventure. She has eaten strange sea creatures on a tiny island in Japan, survived dehydration on a desolate section of the California coast, and has come face to face with a cobra in Africa. Morri considers herself a bit of a renaissance woman, diversifying her life experience through her work as a river guide, personal trainer, bartender and freelance writer. She and her husband currently share their home with two extraordinary teenagers, a persnickety old cat, and a lifetime collection of books. Faltofar is an entrancing book based on stories the author and her children shared, often while sitting around a campfire.
Website

One Reply to “Spotlight: Faltofar, by Morri Stewart + Giveaway”