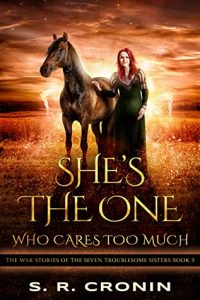 She’s the One Who Cares Too Much
(War Stories of the Seven Troublesome Sisters, #2)
by S. R. Cronin
Genre: Historical Fantasy

Coral, the second of seven sisters, has been hiding her affair with the perfect man until her older sister can get her life together. But the perfect man is getting impatient and now she’s gotten pregnant. Coral decides it’s time to consider her own happiness.

But what does she want? The perfect husband turns out to be less than ideal. She adores the small children she teaches but the idea of being a mother fills her with joy. Meanwhile, her homeland is gripped by fear of a Mongol invasion and she can’t stop crying about everything now that she’s with child.

Then a friend suggests the ever-caring Coral possesses a power well beyond what she or anyone else imagines. Does she? And why is the idea so appealing?

When Coral’s big sister loses faith in the army and decides to craft a way to use magic to save Ilari from the Mongols, she decides Coral’s formidable talent is what the realm needs. Can Coral raise a baby, placate an absent military husband who thinks he’s stopping the invasion, and help her sister save her homeland?

I looked around and saw six of the other seven teachers. Where was Sakina? Had word not gotten to her? Oh dear, perhaps she’d been in the outhouse.

Sakina was my closest friend at the school, but even if she hadn’t been, I’d have felt responsible, given I was the one to sound the alarm. So I reminded everyone to remain silent, then left to find her. Yes, I was afraid of being caught outside when the thieves arrived, but what could I do?

I found Sakina by the school door, hands on her hips, exasperated as she tried to get the attention of two older students who were too busy calling each other names to listen to her.

What? These two picked now to have a spat? I was not about to let this sort of nonsense put anyone in danger.

“You!” I barked it to the girl as I stepped in between the two squabblers and put my face inches from hers. “Sit down and calm down. Do. It. Now.” She sat.

I turned to the other and let my eyes bore into his. “Stop talking. Walk into the barn and do not open your mouth.” He glared at me, but he did as he was told.

My tone softened as I turned to Sakina. “You sure have your hands full with these two. Go, get to the barn with him. I’ll bring this other one.”

Once there was enough distance between the two students, I grabbed the girl by the wrist, gave her a look that said don’t say a word, and led her to the barn door. The man who’d first apprised me of the danger was waiting to close it behind me. Odd, I know, but I suddenly realized what an attractive man he was. To my surprise, he gave me a nod and smile of admiration.

“That was well done, teacher Coral. My name is Davor. Once we repel these brigands, perhaps you and I could share some wine.” 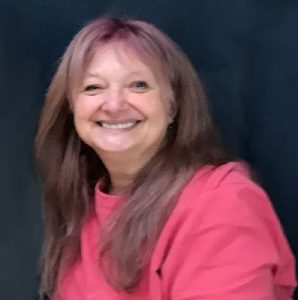 S. R. Cronin will be awarding a $20 Amazon or B/N GC to a randomly drawn winner via rafflecopter during the tour.

8 Replies to “Spotlight & Excerpt: She’s the One Who Cares Too Much + Giveaway”