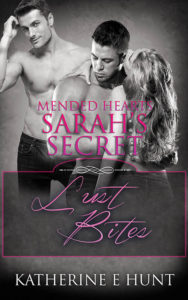 Book 3 in the Mended Hearts series

Sarah has a secret. She’s on the run from some very nasty men. Can she find love—and herself—before her past catches up with her?

Sarah has recently bought a home in Winchester Drive. As is customary for the widows on the street, she has been invited to join The Winchester Widows Sex Club. Beautiful and seductive, she is a popular new addition.

But Sarah has a secret. Her name’s actually Beth, she’s in hiding—with some not-very-nice people on her tail—and she’s not even a widow.

Her estranged husband Marco is an undercover FBI agent, and when he turns up on her doorstep, that can only mean one thing…danger.

Beth is tired of running. She longs to make friends and find love again, which she does when she makes Paul’s acquaintance and finds herself smitten with him. Bonding over romantic TV shows and jigsaw puzzles, they fall deeply for each other.

But the hitman is still out there, and Paul, a law student of a nervous disposition, is not exactly ready for a life on the run.

Beth has to work out what she really wants from the men in her life, move on from her past and allow herself to finally be true to who she is.

Reader advisory: This book contains scenes of violence. It is best read in order as part of the Mended Hearts series.

At the scent of his skin, I released the hilt of the knife that was under my pillow.

He’d snuck into my bedroom first thing in the morning, stripped off and gotten under the sheets with me. The man had a death wish.

Marco was a passionate man. Our marriage—short though it had been—had been a never-ending festival of love. When he hadn’t been in bed with me, he’d been by my side, never far away. In retrospect, he’d feared the worst. My background and his were such that eventually, something was going to have to give.

Thus I knew his scent, intimately. It triggered a sensation of tranquility, something I didn’t experience very often while alone in my bed. Just for a second, we were home again, before it had all happened—the calm before the storm.

His breath hitched as he snuggled in closer to me. “I don’t have much time.”

Can’t we pretend, just for five minutes, that we are simply husband and wife? A little hot and heavy lovemaking before popping to the shops then spending the afternoon in front of the TV or gardening—or anything that doesn’t involve murderous gangs and guns? That everything was as it had been before I’d come here. “It’s seven a.m. No bad guys are going to drag us screaming from my home during the peak morning rush hour, with school buses and people leaving for work.”

“I have twenty minutes tops.”

Pushing my butt up against his rock-hard dick, I shimmied a little. “Twenty minutes should be enough.” The tiny moan that emanated from his lips was all I needed to know that he agreed.

Despite his brutish appearance, Marco was a sensual lover—Italian. There was nothing like that fiery Latin blood to get me hot, even at this time in the morning.

“Your body haunts my dreams. The thought of holding you once again is the only thing that keeps me going in this stupid life.” He explored every inch of my skin with his warm hands, entering and caressing me with his fingers. It took little action on his part to get me wet for him. Just his presence in my bed was enough to make me need him inside me.

He brushed the back of my neck with his lips, his rough, unshaven skin sending a frisson down my spine.

Parting my legs, he entered me, filling me entirely and reminding me of why I’d married this man. I arched against his body with my head tilted back onto his shoulder. He moved his hand to my chest, holding me tenderly as he fucked me from behind—every stroke, every movement more exciting than the last.

“Il mio amore.” The accent was more Long Island than Lake Garda, but he knew what those words did to me.

He circled my hardened clit with his fingers, clasping my body to his as the rhythm of his thrusts increased. “Mia cara, ti desidero,” he growled.

I gasped as the orgasm rocked me, and Marco still held me to him. Can he feel every beat of my heart, every flicker of my body?

His thrusts were ferocious, animalistic, and he pounded into me as he came, obviously releasing a need that he’d had for so long.

While I had moved on from our marriage, Marco had never let go of the idea that one day we would be together again. He respected the vows that I had long since chosen to ignore. There was only one woman in his life, and he intended to keep it that way.

But I had had enough.

“What?” He pulled out of me then rolled onto his back.

“I have a life here, just like everywhere else. You take me somewhere, leave me to pick up the pieces, make new friends, then just when I get comfortable, you swoop back in and make me leave again.”

“They will kill you.”

“They were your problem, not mine.”

He rolled me around to face him. “Beth, we both know that they will find you. I can’t let that happen.”

Marco. Sweet Marco. A teddy bear wrapped in the body of a heavyweight boxer—big, tough and strong, filled with cotton candy.

“I can handle myself. You know that. In fact, I was doing pretty well before you came along. Why are you here? What have you heard?”

“Enough to know that you’re in danger.” He scratched his ear. The man had a tell. He could convince the entire criminal underworld that he was part of their gang, but I knew when he was lying at twenty paces.

“You’re working for them again.” He fidgeted, looking away. “Fucking hell, Marco, why? After everything that happened.”

“They sent someone here to kill you, Beth. I don’t know who. Someone here is not who they seem.”

I’d met an awful lot of people recently. None of them had struck me as the contract-killer type. Then again, when I’d met Marco, he’d turned out to not be everything he’d purported to be, either. I would have noticed a cold-hearted killer, though. Won’t I?

“This is just another ploy.” I got up from the bed and turned away from him. I didn’t need to look to know that he was checking out my body, probably memorizing every dimple and curve. “We made a choice, Marco. You said you would honor my decision to stop running. You were the one who wanted to give us up. You were the one who left.”

“Beth, I can’t live without you. I thought I could move on, but it’s impossible.”

“You know that I can’t do that. It kills me, but I have to bring these guys down.”

“You can’t live without me, but you can’t stay. If it’s so difficult for you to make up your mind, Marco, then you know where the door is.” I left the room. My heart broke a little bit more every time he did this. I’d conceded too many times, agreed to let go of another life and another name—sometimes even a chance at love.

This time it was different. This time I was finally settling in somewhere, making friends. I wasn’t giving up any of this because of another of Marco’s stupid whims.

Fight for me, Marco. Show me I mean more to you than the life you lead, the job you have to do. I went into the bathroom, shut the door and clicked the lock—then I waited for him. Kick the door down. Show me how much you love me. Tell me you’re staying.

I held my hand up to the door, lowered my forehead onto the cold white wood and waited for signs of life. It juddered as he slumped against the other side. Sinking to the floor, I sat in silence…waiting.

I unclicked the lock. There, now it’s even easier for you to come charging in on your white horse. Nothing.

He wasn’t even going to say goodbye. We’d said it a million times before, but this time was definitive. After a while, I could no longer hear him on the other side.

His heart would always beat for me, but for now, it would beat elsewhere.

I lifted my hand instinctively to my mouth as I started to cry, as if to silence myself. I traced my lips. Not even a kiss. My husband had come to me for the very last time, and he hadn’t even kissed me goodbye.

I lifted a loose tile and removed a large box. Marco might be gone, but I had another fight to contend with. The battle was over, but the war was not won, not by a long shot. 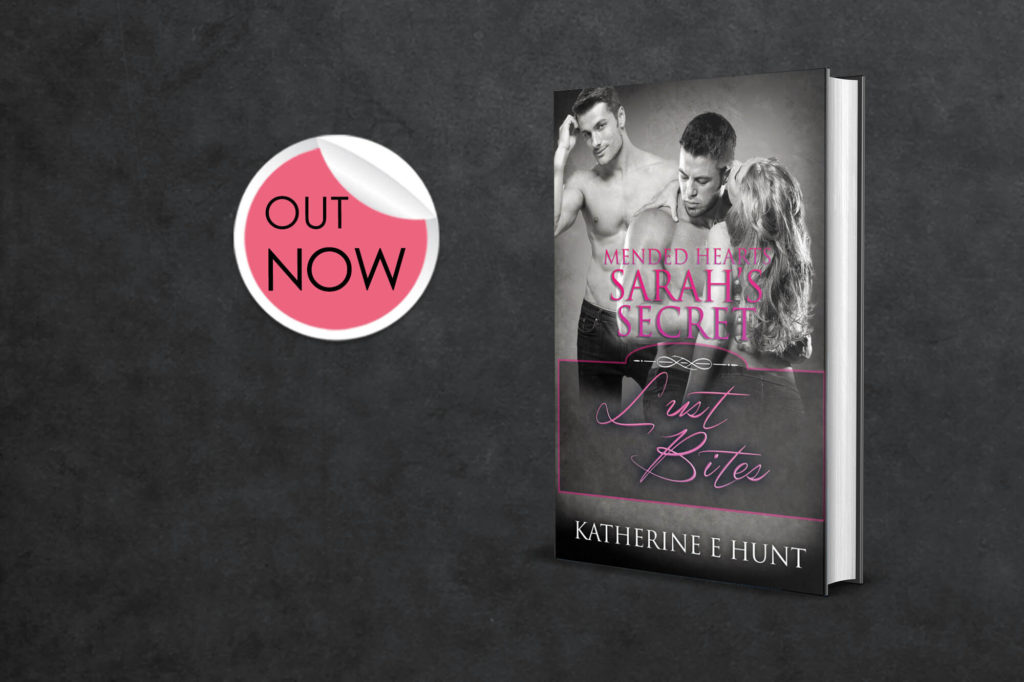 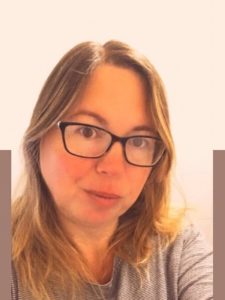 Notice: This competition ends on 7th September 2021 at 12AM EST. Competition hosted by Totally Entwined Group.