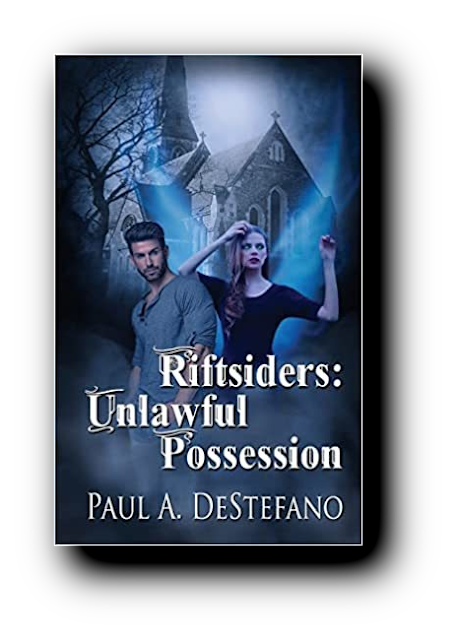 By Paul A. Destefano

Enrique Marin wants a quiet life after the death of his wife. Just one problem stands in the way–he’s possessed by the misanthropic English demon, Tzazin. A violent night under demonic influence accidentally leads Enrique to love, and it’s anything but quiet. Shy, autistic yoga instructor Elle thought allowing herself to be possessed by the very-not-shy sex demon Key would help her find love. She finds Enrique, but she didn’t count on coping with the anti-demon bigotry of society. Fate–and AA meetings for the possessed–brings them together, but hostile forces, demonic and human, fight to keep them apart. It might cost them everything to keep their love alive. 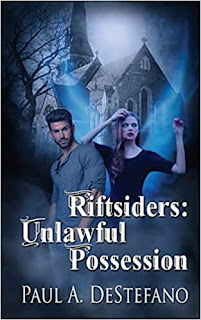 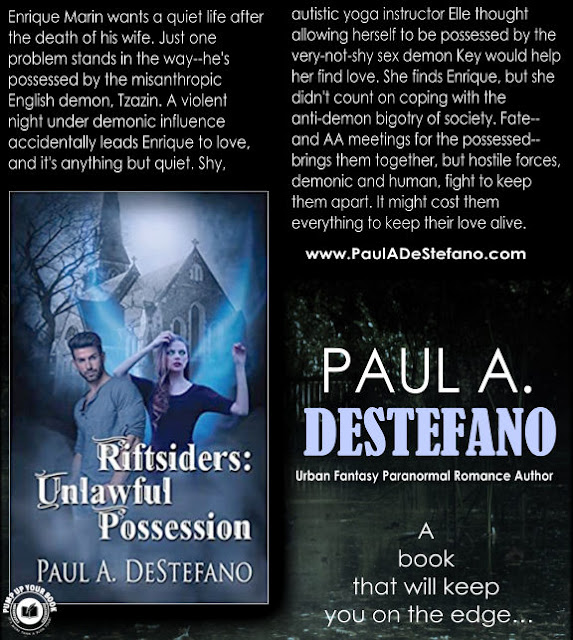 1. Tell us a little about how this story first came to be.
The book came to be while walking to the diner with my wife. We were talking about how some friends of ours met, and how so many people have strange meetup stories. We started talking about meeting people at literal meetings, and maybe finding someone at a support group isn’t the healthiest option. Then it just struck me that finding someone to date at a support group for possessed people would be a pretty big red flag. The whole concept grew from that image.
2. What, if anything, did you learn when writing the book?
Writing from a purely original concept, rather than the ghostwriting and IP writing I was used to, is a lot more fun. You’re allowed to derail your own train.
3. What surprised you the most in writing it?
How quickly it flowed. From concept to outline to draft to edit for submission was maybe two months. Mind you, this was in lockdown, so there wasn’t a lot else to do.
4. If it’s not a spoiler, what does the title mean?
Riftsiders is the PC word for what were commonly called demons. Unlawful Possession is a pun, working with what if possessed people were breaking the law. Each book in the series will have a twisted interpretation of a crime as the title. The second book is Riftsiders: Identity Theft. That has nothing to do with stolen credit cards, but you can start guessing.
5. Were any of the characters inspired by real people? If so, do they know?
In the sequel, the character of Guidry the Technomancer, mentioned in the very ending of book one, is actually my son. He most definitely knows.
6. Do you consider the book to have a lesson or moral?
Absolutely, and it was the driving force behind the character and plot design. It’s about the real world demonization of various minority groups, here literally represented as demons. Hopefully people begin to wonder why some people get treated as monsters just because they’re a bit different.
7. What is your favorite part of the book?
The strange love triangle of Enrique, Elle, and Key, the demon that possesses Elle.
8. Which character was most challenging to create? Why?
Violastine. This is a horrible, disgusting demon inhabiting one of the protagonists, an ex-priest. I can’t go really deep into it without saying too much. Let’s just say demons don’t hold to human values or morals of what’s right or wrong, and I hope people question it in the case of this wretched creature.
9. What are your immediate future plans?
Keep the launch of book 1 active, get the edits on book 2 and work on that, and get chugging on book 3. 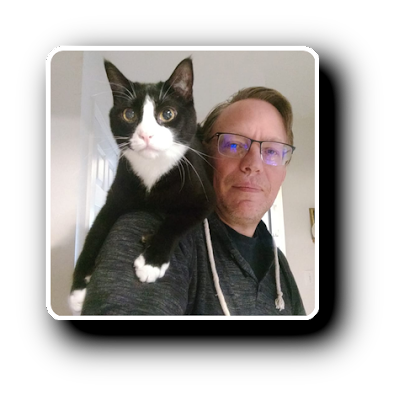 Paul A. DeStefano and his wife live on Long Island, NY, with a strange menagerie that includes a dog, a few cats, sugar gliders, a bearded dragon, and several grown children that have not left.

After graduating from Hofstra University with a split degree in English and Acting, he worked in the board gaming and roleplaying industry for decades, including officially licensed projects for Star Trek and Lord of the Rings. He did not win the Origins Award for Best Miniatures Rules in 2004 and has forgotten that bitter defeat. When not playing and working on games, he is sometimes found touring internationally, giving lectures on worldbuilding and character design.

Being a professional full-time blacksmith for several years made him realize how much less painful it was to go back to writing. He’s been lucky enough to hold the Top Humor Writer badge at Medium multiple times and has had his work narrated by James Cosmo (Lord Mormont from Game of Thrones) on multimillion-dollar Kickstarter projects.

It is also worth noting that having never taken any bassoon lessons, he still cannot play one. 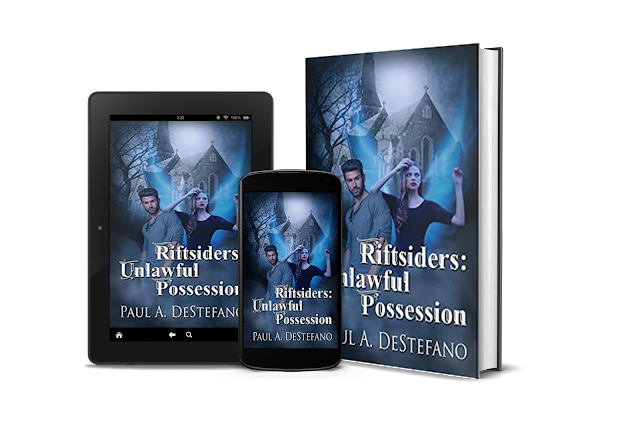