Title: Quest of the Dreamwalker

Cara has been a prisoner all her life, shackled by a broken soul and fear of her father’s temper. When a mercenary captain is taken prisoner, he sparks something in her she doesn’t recognize – rebellion. Determined to save the captain’s life, she flees with him intent on leaving her past behind. It isn’t love that drives her father’s zealous pursuit, but a hidden magical birthright she never knew about. Now she must solve the puzzle of her past before her father kills everyone she loves in his bid to reclaim her.

Stacy has always been a nomad, but is currently residing in New Jersey. For now.

She enjoys multilayered tales with simple structure and deeper intent, stories of soul and psyche and heart. There’s nothing better than a book that convinces you its inhabitants are as real as you are. Then again, maybe we are only characters in someone else’s tale.

Book 2 of The Corthan Legacy is in production and will be released this summer! 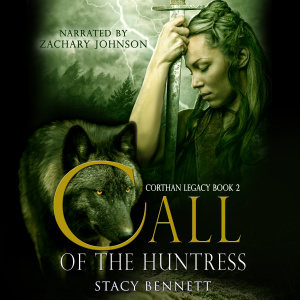 4 Replies to “Spotlight & Excerpt: Quest of the Dreamwalker + Author Interview”