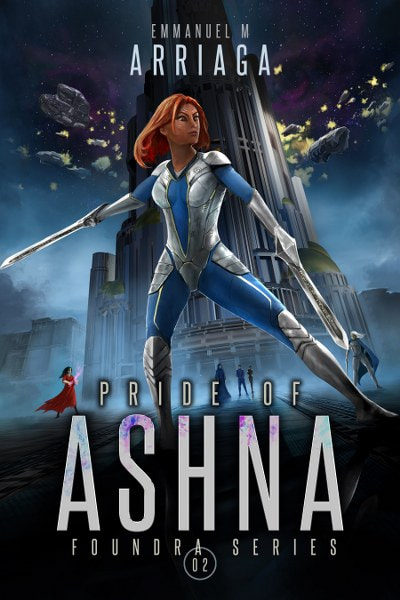 In the Outer Rim, a lawless region of space filled with violence, a young girl vows vengeance against the marauding pirate bands who brutally murdered her family.
After enlisting with the zealous matriarchal Ashna Maidens who attempt to police the Outer Rim, Serah’Elax quickly becomes a powerful weapon.
Meanwhile, a ruthless pirate band has taken over a cruise ship deep within Alliance space. They run into unexpected trouble when they encounter a few members of the highly trained force of military specialists known as the Founder’s Elites, who happened to be vacationing on the vessel. Disturbed by the boldness of the pirates, the Alliance tasks the rest of the Founder’s Elites with dealing a powerful blow to the marauders, who normally operate in the Outer Rim, once and for all. However, they quickly discover that things in the Outer Rim are not as expected.
The young warrior and Founder’s Elites must come together to face an extradimensional threat left over from the Rift War that seeks to turn the last bastion of safety in the Outer Rim into something that could threaten the entire Twin Galaxies. Will the new allies have the cunning necessary to defeat this insidious threat or will it tear the Ashna Maidens apart from the inside?
**Discounted price of $2.99 for a limited time!**
Goodreads * Amazon 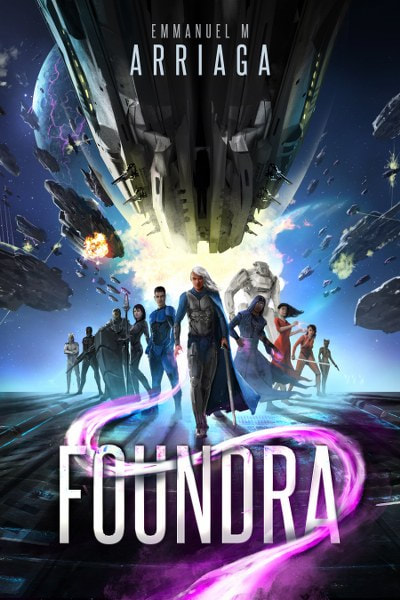 The Huzien Empire has existed for 80 millennia and a powerful invisible force known as the enesmic permeates every aspect of the Twin Galaxy.
Neven is an engineer working for the pinnacle of scientific achievement known as the MinSci on the Huzien homeworld of Thae. His genius draws the attention of one of the immortal Founders and he finds himself drafted into the military as part of an elite group of special forces known as the Founder’s Elites. Not given much time to adjust, his team is called to investigate stories of otherworldly creatures attacking fringe colony worlds.
Soahc is the most powerful wielder of the enesmic in the Twin Galaxy, he’s also incredibly cocky. That is until he senses a powerful shifting in the enesmic that he can’t explain. Terrified that something is horribly wrong, Soahc leaves his comfortable planet and hitches a ride with Neven and the Founder’s Elites as they investigate the carnage on the fringes of the empire.
Neven, Soahc and their allies discover something ancient from another plane of existence. Something that exposes the fragility of their galactic empire as they fight to survive annihilation from enesmic beings.
—
*Reader Reviews for Foundra*
“Well written, ambitious sci-fi epic.”
“An entire space saga you won’t want to put down.”
“Amazing characters, exciting new world, incredible writing.”
“If you love reading about galactic empires, get your hands on this book.”
“An elaborately fun sci fi story.”
**Kindle Countdown Sale May 4th – 10th!!!**
Goodreads * Amazon 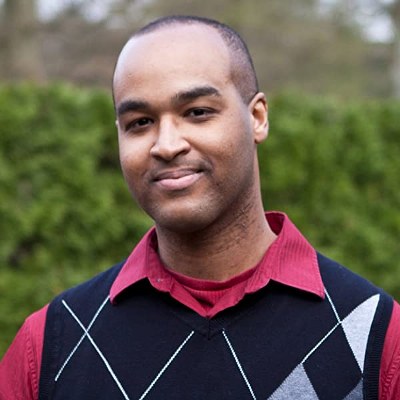 Emmanuel M. Arriaga grew up in the inner city of Philadelphia, Pennsylvania. From a young age, he was obsessed with fantasy and science fiction. Breaking the shackles of a low-income life, Emmanuel developed an interest in science, technology and engineering. He went on to graduate from Pennsylvania State University with a Master’s in Information Science.
For almost a decade, Emmanuel has sought to share his vivid imagination with the world, learning the art of story crafting and eventually becoming an award-winning author. With a love for travel, gadgets and volunteering, Emmanuel is enjoying life and helping others.
Website * Facebook * Twitter * Instagram * Instagram * Bookbub * Amazon * Goodreads