This blog tour is organized by Lola’s Blog Tours and the tour runs from 17 January till 6 February. You can see the tour schedule here. 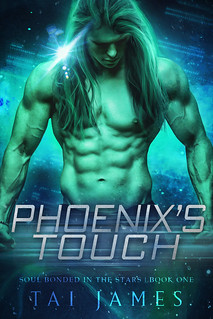 Blurb:
What do you do when the man of your dreams is real?

Kiera Wade never thought the man she had been dreaming about was anything more than a figment of her imagination. On a mission to save her crew, Kiera crash lands in hostile Atlantean territory, where she finds out her dream lover, Phoenix, is real and claims she is his destined soulmate.

Phoenix Vasilakis, a prominent Atlantean orator and the unwilling leader of change, is willing to risk everything to help Kiera, even though it could mean death. He has a secret, though, one that could jeopardize it all for him and Kiera.

Stranded and held at the mercy of the Atlantean council, Kiera has to find a way to help her people before Scavengers kill them, but when things heat up between her and Phoenix, she discovers that’s easier said than done. With so much at stake, will Phoenix and Kiera embrace their growing feelings for each other, or will everything fall apart? 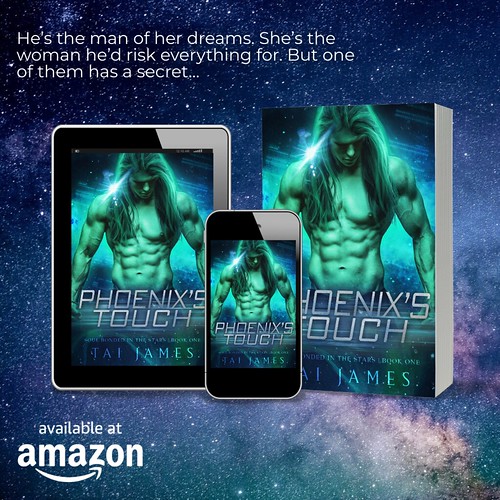 “Let. Go.” Kiera tugged her arm back, but the man in front of her held fast.

Her “date” rubbed her wrist and wiggled his eyebrows. Is he trying to be flirty? Eww. Like six pale slugs, his clammy fingers left an unsettling trail in the wake of his unwelcome touch.

Earlier, he’d experienced some kind of translator malfunction. Much to Kiera’s dismay, he’d stayed glued to her side instead of going to maintenance for repairs. And all six of his blue fingers, fingers she’d rather be anywhere but on her, stayed wrapped around her wrist. The longer he held her, the smaller the rec room became. Understanding body language sure wasn’t the Naftoi’s strong suit.

Kiera yanked again, and finally, he released her. Confusion creased his blue brow, and not a moment too soon, it was replaced with contrition. He held his hands up in surrender. Finally, he gets it!

At the ceased contact, a sigh of relief whooshed from her lips. Despite humans and Naftoi being compatible, there hadn’t been any spark when she had been introduced to him earlier in the evening.

There sure as hell wasn’t any spark now.

The second they met, his red eyes had lit up with appreciation. It was obvious he liked what he saw. Kiera, not so much. His attempt to casually tuck a stray curl of her brown hair had ended with his hand hitting dead space because she’d sidestepped so fast. Sure, he was handsome enough, but he didn’t have deep green eyes a girl could get lost in. There wasn’t a dimple that appeared on his cheek when he smiled. His skin was bright blue instead of the sea green she fantasized over regularly, even during times when she should’ve been focused on other things. His hair wasn’t even long. Since it was closely cropped to his head, she couldn’t tangle her fingers in it if they kissed.

No one was Phoenix. Even Phoenix wasn’t Phoenix. He was a figment of her imagination she fantasized about in her waking hours and dreamed of when she slept. Instead of trying to make it work with a real man, Kiera had spent the past year in a fantasy relationship with an imaginary man she just so happened to have very vivid dreams about. She had a problem.

About the Author:
When Tai isn’t writing about happiness and hijinks-with some hot alien men thrown in for good measure she can be found catering to her four neurotic cats or touring the latest haunted house that rolls into Austin. Along with the aforementioned cats Tai has a wonderful husband and very sweet geriatric dog named Marley. Tai loves to hear from her readers! 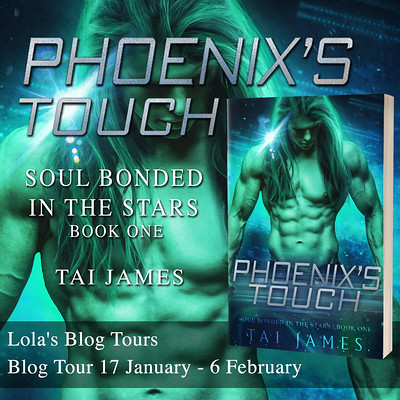