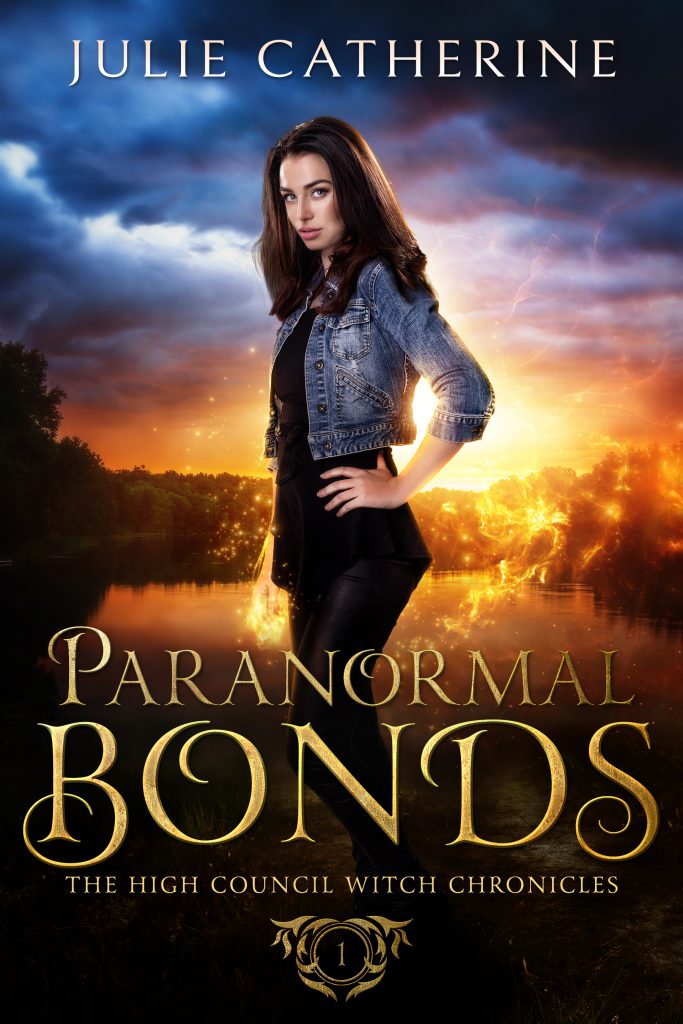 When Mae Kingsley is forced to move into her family’s rundown lake house, she discovers small town living is not as simple as it seems. Bursts of violence, silent treatments, archaic rituals and two very cute guys with seriously mysterious motives all appear with the rising of the new moon.

But that’s nothing compared to the family secrets soon to be revealed. A box sealed in a vault, hidden rooms, naked swimming. There’s a trove of family revelations just beneath the floorboards, waiting to be exposed.

As the paranormal bonding season for the High Council Witches begins, Mae must quickly decide who to trust and who to fear before a deadly family tradition repeats itself and her chance to live a normal life completely disappears.

Excerpt:
Suddenly, outside, a wash of blue light fell on the windowsill. The moon had come out. The whole day and evening had been sort of gloomy and overcast, so the moon had been hidden and lackluster under the cover of clouds. But now, in the middle of the night, the storm had passed and the sky had cleared. The moon returned to its nighttime glory. It was amazing how bright the reflection was. All the shapes in my room took on a luminous glow.
I loved a full moon. Who didn’t?
I went to the window and peeked out the curtain. The forest glistened with a blue-and-silver color palette coating every twig and branch. The trees were eerily, beautifully visible. I felt a childlike impulse to run my hands on their bark.
Why not? I wasn’t sleeping.
I pulled on my terry cloth robe and headed down to the lake. In the bright, clear night sky, I didn’t need a flashlight to guide the way. I could easily see my route.
What a whirlwind first day, I thought, picking my way down to the lake.
The Peters seemed nice, and Kate was… Kate. My science teacher seemed kind of strict, but that was okay. You wanted a little strictness in the compulsory credits. Maybe this year I’d try out for field hockey, and… oh, who was I kidding? My brain ping-ponged over and over back to two important topics. My missing moon necklace and the cute boy named Spade.
What kind of name was Spade anyway?
Not a last name, that was for sure.
I was surprised to learn the boy from the parking lot had taken up so much real estate in my brain. I barely knew him.
I picked up a smooth rock and skipped it across the lake surface. It bounced one, two, three times before dipping below the water’s edge.
I stared up into the heavens. This was a beautiful place on earth. Here, from the lakeside, the sky was enormous. The clouds had fully dispersed, leaving the atmosphere open, full of starlight. I looked up at the teeny-tiny planets, the stars, and even the distant galaxies reflecting their light back to me. The world was so big, and I was just this tiny speck of existence. In this milky, bright night, my anklet moon charm would have fit in perfectly. Maybe Spade had found it, and all would be right with the world.
As the thought popped into my head, it actually brought a lot of comfort.
If Spade did find my necklace, I felt confident that I would get it back.
I stuck my big toe in the lapping water. The lake was still warm from the heat of summer. The autumn nights had yet to bring their chilly edge. There weren’t too many days of swimming left. I looked around at the other cottages. I was the only person by the water. This was to be expected for a midnight visit, but a lot of the owners’ absences from the lakeshore were more permanent than that. Most of the buildings were already locked down for the winter season, their humans long gone to sturdier homes until next spring’s annual pilgrimage began. Those who were still here were safely sleeping in their beds. Their doors and windows were locked and dark for the night.
It was such a pity to waste such a beautiful evening.
I stepped farther into the bay, up to my feet at first, then to my ankles. The water felt wonderful.
A nighttime dip would help me relax, I realized.
It seemed so inviting.
I could run up to the cabin and change into my swimsuit… but I shouldn’t wake Aunt Abeline. She didn’t know I was out here. I looked back to our house. It was pitch black. I hadn’t turned on a single light when I left. I wouldn’t want to disturb her. Maybe I should call it a night.

Or… a little voice inside me countered. You could go for a skinny dip.

I recently moved to a small town and saw this big yellow bus driving around, dropping off all the farmland kids, and I thought, wouldn’t it be fun if some of those kids were witches…

I wanted to think of witchcraft as more of a hereditary trait, like how the children of basketball stars often grow up to play basketball, and what sort of pressures would be put on generations living outside of the norm, so I guess the most surprising thing would be that for the outside world, magic would of course, be sort of magical, but for the kids involved it could be almost mundane.

If it isn’t a spoiler, what does the title mean?

In the High Council, every teen has to find their parabond, or perfect partner before they can be invited into the coven. If you don’t match, you don’t enter. 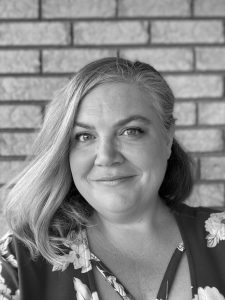 Julie Catherine is an author, playwright and screenwriter.
Website / Newsletter