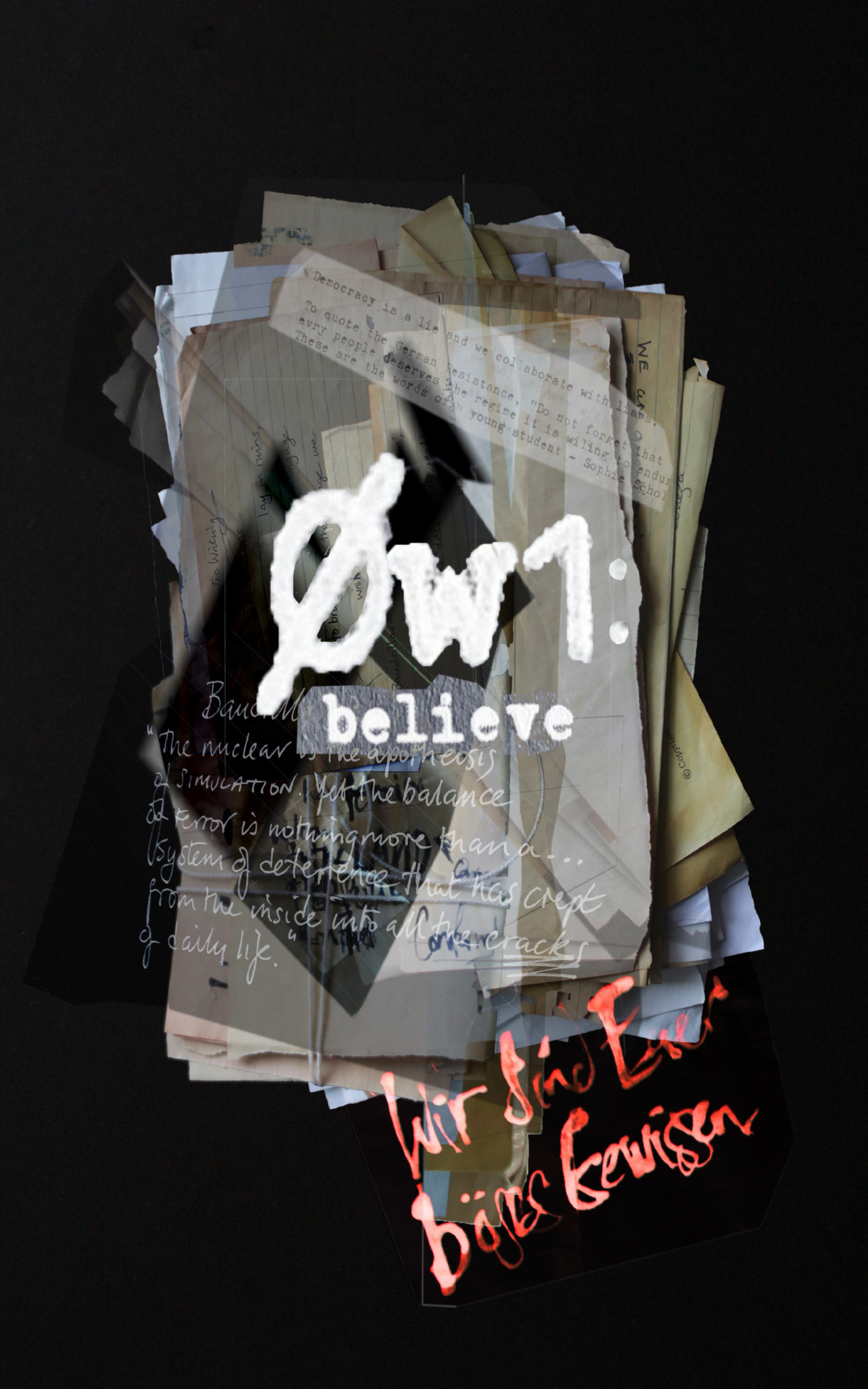 Strix and his friends live in a world where everything is controlled by the State. His job as a librarian was assigned to him due to his ‘thought-patterning’, recorded during his time at school. But just because you are young doesn’t mean that you can’t change the world and so they form a dissident group to subvert the status quo.

In an unrelenting story of courage and terror, the group use their gifts as artists and coders to gain insight into the State machine and are shocked to see a different reality open up before them; the ‘vision space’, where they are confronted by bestial demons at the Gates of Hell and a colony of Vampire Priests who belong to the Cult of the Holy Blood, in Bristol Cathedral.

“0w1:believe” is the first in a trilogy of stories about their commitment to non-violence and they discover that it’s a very effective means of subverting not only the State, but also the dark spiritual Powers behind it. VISIT OUR WEBSITE so you don’t miss out on anything related to the World of Owl. And get our giveaways too…

Excerpt from the chapter ‘Moonstruck’.

Strix left Calvin to loiter with intent at Moonstruck and wait for Kristina. Maybe the night owl would go back to his apartment, write and catch up on his sleep later. Thank goodness it was Sunday. He got as far as the door and went to pull it open, when it sprang back at him and pushed him over onto his butt.

He hadn’t noticed the girl coming into Moonstruck. As he lay there dazed and confused, Strix felt his sore ass. He winced and opened his eyes to see that face of fearful beauty standing over him.

“Oh, shoot! Disculpe! Perdóname, por favor!” Strix scuttled like a spider with four legs across the tiled floor; panicking, gasping as he went. “It’s you!” he pointed. “Last night. It’s you! Shit!”

“I beg your par-don, stupid English boy. I was not in your bedroom… last night… or any other timeses.”

Calvin saw the accident and hurried over to the girl standing over his mate still on the floor. He was worried that he was about to give away their… secrets. Calvin leaned over Strix, gritted his teeth and looked at him and said ‘shut your mouth’.

“No, it was her. My bad… dream… last night.” He pointed at her again, still lying on the floor. “You were shouting at me.” “¡Estás loco!” She looked at Strix. Kristina came over to see if she could help.

“You… burst out of that man’s side,” he said emphatically. The girl stopped in her tracks and bent over Strix. She tilted her head, looking at him askew, gazing at him with those amazing, dark eyes, piercing his soul. “You… are… the man!” Her realisation was slow.

Calvin looked at Kristina, then at Strix, his face was one big question mark. He whispered: “Your bad dream?”

“Can I help you up? You boys are so weak.” Strix sat up and the girl offered her arm to pull him up. “What are you doing here?” she said. “I live here. I’m Strix… by the way.” “I am Falco,” she replied and pulled him up. Calvin butted in: “I’m Calvin. Kristina’s…” he stopped and gestured nonchalantly with the back of his hand, “works here.”

“Hi, Falco,” said Kristina. “Just arrived in the city? Need a coffee?” “Oh, I’ve been here for a week or so, just checking the place out. Erm… could I have a Chai, Grande please, milk and sugar?” “Are you working in Bristol? You can’t have come from Spain to soak up the sun!” joked Kristina as she worked on the order.

“It beats Birmingham any day,” said Calvin, defending his city for some reason. “No… no Kristina… I didn’t.” She looked at Strix, her eyes wide open. “It is very bad there. Triana, Sevilla, on the Calle Aracena”, she slipped into the conversation. “My mother… there is no work. Some women stay and have to sell themselves to take care of their families, others are leaving home to find work. She sent me here through the Government’s, what we call ‘Plan de fuerza de Trabajo movil’, erm… a Mobile… Workforce Plan. My family was paid a small fee because of it.”

Falco walked over to Kristina and began to explain her journey to her. Strix didn’t follow, still feeling the embarrassment of being floored by a girl. 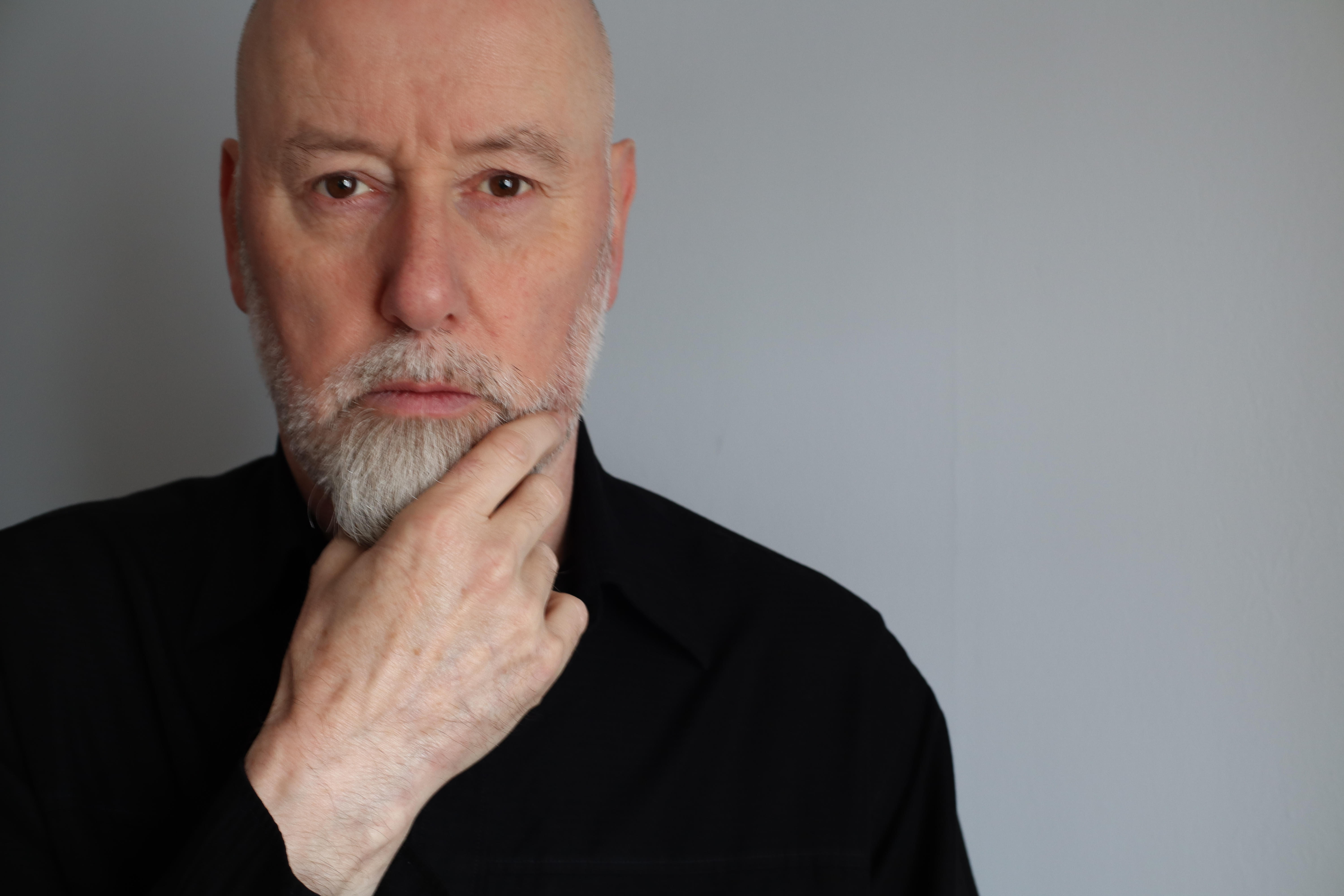 Despite this, his stories are hope-filled. Across his work are common themes, not only of resistance and the ‘quiet’ revolution, but also non-violence and the possibility of change.

Born in the late fifties in the North-East of England, he draws from his traditional working-class background, life experiences and rebellion (both religious and political) to invite the disenchanted, the disenfranchised and the jaded on to a journey of hope with him.

Geoff is also an activist, arts mentor, ex ‘sparky’ and filmmaker (“My Name is Sorrow” & “Mehr Zavot Skorb”), and also the writer of the book series ‘Spiritual Direction in a Postmodern Landscape’.