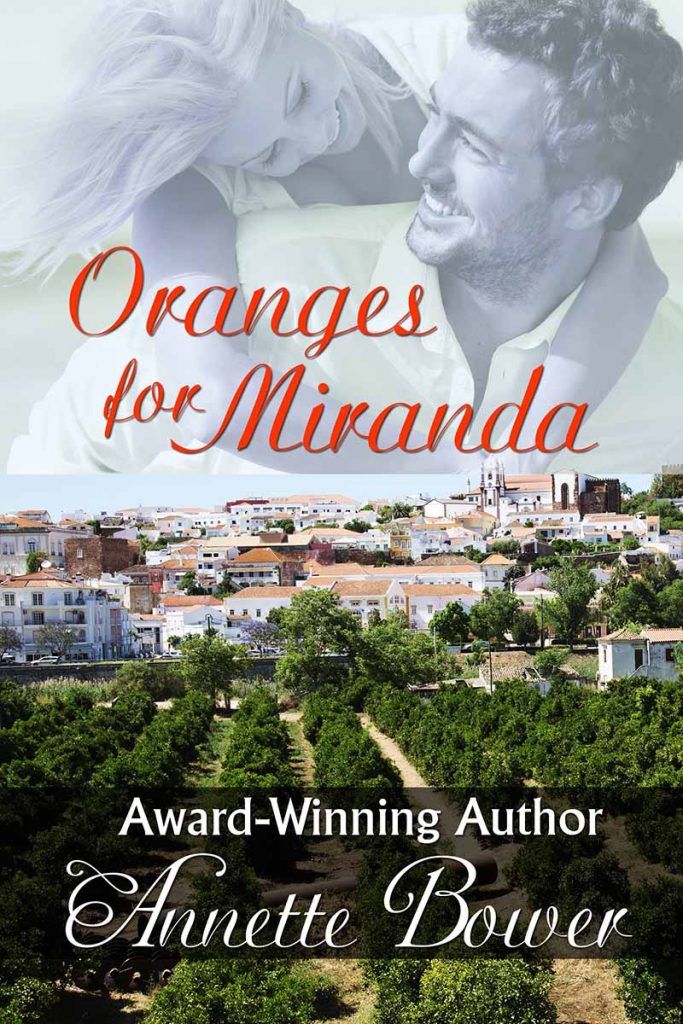 Miranda Porter, a newly retired award-winning businesswoman, leaves home to transition into her new life stage. Always in control, this is her time to have fun without plans and responsibilities. Enter Renato Monteiro, a considerate tour guide with secrets. Miranda isn’t looking for long-term. She wants a purpose in her retirement. Could her purpose in retirement be finding love in this unlikely place? Could her aim be domesticity and caring for and be cared for by a newly found friend? Will a vacation romance end because of miles?

Renato Monteiro has decisions to make. Stay in his birth country where his female relatives want him to marry a woman young enough to give him children. Or does he return to his second home, where he has a purpose and has built a life without children? The day Miranda and he bumped heads changed his life and his pursuit. Now he must decide which is most important the family he was born into or the family he chooses.

A blue and white tiled stairway leading up to the second floor of a house caught Miranda’s eye. She positioned her phone and snapped photos as she thought about the amenities she would prefer in her perhaps forever home or home for a while.

Orange trees in yards were stunning. Back home in Regina, residents planted fast-growing poplar trees in front of a row of fir trees, which would be mature when the Poplars had reached their life span. Her mind leapt. Stacy and Nathan were her fir trees. Her parents started the business and expanded it for her, and she, in turn, developed it for her children. She shook her head, no more thoughts of her Canadian life to ruin this beautiful day with the azure blue sky, the white stucco buildings and the red tile roofs.

Miranda stepped onto the corner café’s patio and sat on the blue-tiled bench attached to the blue-tiled table. A young woman, dressed in black, appeared from a dark interior and gave her a menu with different flags denoting the various translations of the food items. She ordered black coffee and a glass of brandy as a treat she had read that many locals enjoyed during the day. While she waited, she searched in her guide book to discover the tiled pavement in the area was called calcada.

1. What inspired you to write this book?
I was interested in exploring what the third act of a young retired woman would be like. She was driven to succeed in business and chose to be a single mother while she was young and healthy. Her adult children are now running the successful real estate company, and she knows she has to leave or she will interfere. She needs to allow them to fly. So she leaves the country with thoughts of establishing a new home away from home.

I learned that men also grieve being childless. My fifty-five-year-old hero, because of circumstances, didn’t establish a long-term relationship with a woman, and therefore he hasn’t become a father. There are groups to assist women who have not chosen to remain childless, but there is very little support for men.

3. What surprised me the most in writing it?
I have frequently traveled to the Portuguese Algarve, and I was surprised when writing and recalling my adventures and how much I long to go back.

I was also surprised how many women and men chose to be single parents. More and more, we read about single adults who foster or adopt because they want to be part of a family.

4. What does the title mean?
Oranges for Miranda was my working title, and my publisher liked it enough to suggest we keep it. An older Portuguese woman gifts Miranda some freshly picked clementine oranges in an early scene and calls Miranda bela beautiful. During this time of indecision for her, the gift from a stranger represented women’s understanding. It also means a life cycle. The orange tree blossoms and then bears fruit. The fruit is the product that changes, either when eaten or turned into something else, but the orange lives on if the seeds are planted. Similar to Miranda’s succession plan with her children growing the business.

5. Did real people inspire any of the characters? If so, do they know?
Renato was inspired by a man I saw on a bus when I vacationed in Waikiki. This man was with an older gentleman, who I think was his father and a child, who I believe was his son. I watched this man interact with the man and the child with gentleness and love, and I felt the vibes. I surreptitiously took photos of him on the bus and when the party got off. No, he will never know, and I can’t share his picture because he doesn’t know and hasn’t given permission.

6. Do you consider the book to have a lesson or moral?
There is a surprise in the novel. One of my editors suggested I change it because she didn’t believe it. I ran the situation by my hairstylist, and she asked me if I was describing her neighbor. I decided that if she knew of an example, then there would be others. I won’t tell your readers; it would be a spoiler for Miranda’s character and Renato’s acceptance.

7. What is your favorite part of the book?
I like to create the growing attraction and love between Miranda and Renato. Although these are older characters who have experienced life, their goals for a relationship are the same yet different from a younger couple.

8. Which character was most challenging to create? Why?
Even though Miranda is indecisive at this part of her life, she has a lifetime of experience of being in charge. Renato has made changes in his life, and now he is back in the country of his birth. It was a challenge to have him indecisive about his choices.

9. What are your immediate future plans?
My immediate plans are to help many readers join Miranda and Renato on their journey to love. Our province is opening up, and I am planning reading events at libraries around the province. I enjoy reading to an audience.

I am also working on a new story. Unfortunately, I always start with too many themes and have to lose one or two gradually.

Annette believes home is where her stories percolate. And her home is a condo where she watches the urban life below, airplanes arrive and depart at the international airport, and the seasons change on farmland near the horizon. Annette travels extensively but always returns home to Regina, Saskatchewan. Whether at home or away, and even though directions are always a challenge, she wanders the streets, parks, and lanes observing how people live, love, and care for one another. Your way of sitting, holding hands, the way you tilt your head, or a t-shirt you wear may end up in one of her stories.

On her first trip to Olhos de Água, a fishing village in Portugal, she stopped at a café where the proprietors were a mother and daughter. Annette sat at the outdoor blue and white tiled table and ordered an espresso and brandy. While the sun warmed her back, she opened her new notebook. The older woman walked by carrying a basket, tipped her head toward Annette’s blank page, and shrugged. When black-laced heeled shoes struck the tile, and the scent of just-picked clementine oranges interrupted Annette’s writing, the woman plunked three oranges at the edge of her page. Annette cherishes this gift from one woman to another. Recently, Annette travels with an accompanying Orange and shares pictures on Social media as her way of honoring those Portugues women. A version of this event appears in her new novel, Oranges for Miranda.

During another trip, while searching for an address in Malaga, Spain, she asked a well-dressed man carrying a floral paper-wrapped bouquet if he spoke English? Would he direct her to the address? With impeccable English, he suggested she walk with him. They chatted, and she discovered he was a lawyer in his final days of retiring. Finally, she asked to whom he was giving the flowers. He lifted the cover to reveal a large crucifix. This detail has not appeared in a story yet.

In a coffee shop, looking south between glass tower office buildings, she could be anywhere in the world. However, she is home watching people on Eleventh Avenue run for buses, bring tea to a panhandler, and holding mittened hands while bending into the wind.

Annette uses experiences she gathered as a nurse, town administrator, elected official, traveller, and member of a large extended family to inform her stories because writing is her joy. 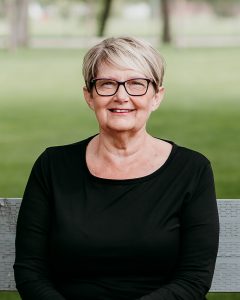 Webpage (Also a sign up for my monthly newsletter)

Annette Bower will be awarding a $25 Amazon/BN GC to a randomly drawn winner via rafflecopter during the tour.