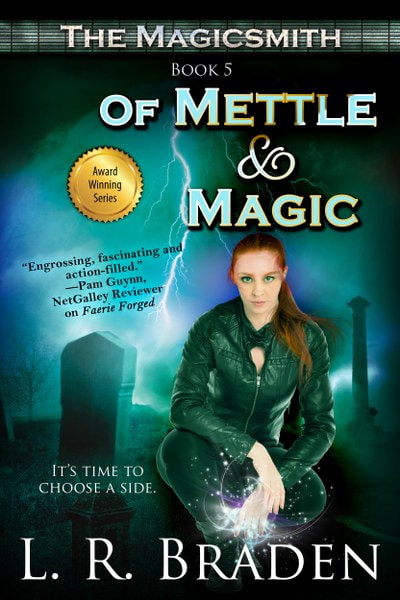 L.R. Braden’s Magicsmith series conetains the best of all worlds–murder, mayhem, and magic. How can you go wrong?” –Jeanne Stein, best-selling author of The Anna Strong Vampire Chronicles

Now it’s time to choose a side

When the Unified Church in Rome is destroyed by rogue sorcerers, tensions explode. Alex Blackwood will do whatever it takes to prevent a war between the humans, fae, and Earth paranaturals–even turn herself over to the PTF. But when a man she thought long dead walks back into her life at the head of a sorcerer army, surrender is no longer an option.

With all the world watching, and half hoping she fails, Alex and her friends scramble to find a peace that won’t cost them everything 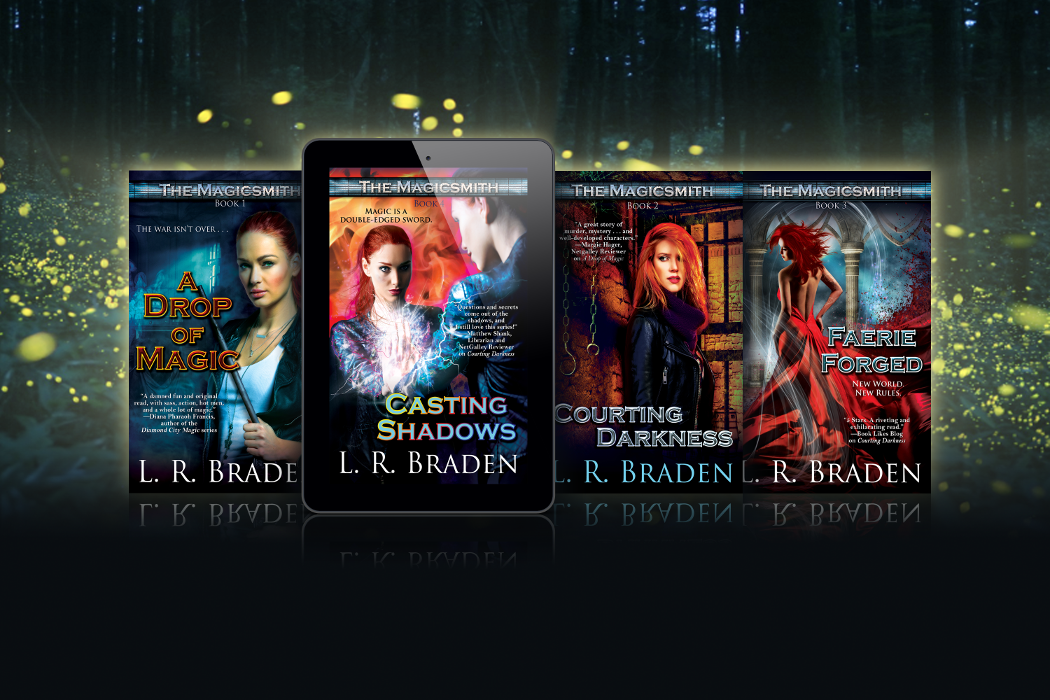 L.R. Braden is the bestselling author of the Magicsmith urban fantasy series. Her work has won the Eric Hoffer Book Award for Sci-fi/Fantasy, the New Horizon Award for debut authors, and the Imadjinn Award for Best Urban Fantasy. She lives in the foothills of the Colorado Rockies with her wonderful husband, precocious daughter, and psychotic cat. To connect online, visit her website and Facebook page.
Website * Facebook * Twitter * Instagram * Bookbub * Amazon * Goodreads

Leave a Reply to I'm All Booked Up Cancel reply