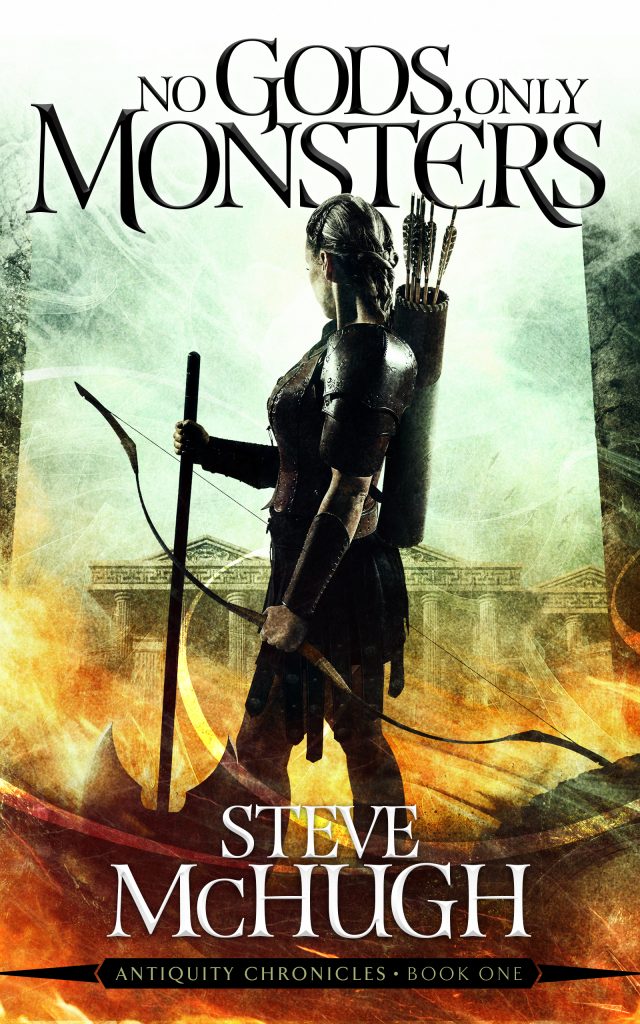 Diana, the Roman Goddess of the hunt, lives alone on the far edge of the Roman Empire. When an old friend arrives looking for help, Diana finds herself thrust back into her old life, and old problems.

With innocent lives caught in the crossfire, Diana realizes that the only way to ensure the safety of her friends and loved ones is to do what she does best: hunt her enemies down.

I’ve always enjoyed Ancient Rome, Ancient Greece, times in history like those, they’re endlessly fascinating. So, I knew I’d one day write a book set in those times.

With the Hellequin Chronicles series of books, there were multiple gods and goddesses from those time periods. The entire Roman, Greek, Egyptian, etc, pantheons were all real in the Hellequin world, so I had a wealth of characters to chose from.

There was one character I knew I was going to tell a story about, and that was Diana, the Roman Goddess of the Hunt. She’s a pretty big character in the Hellequin universe, and plays a large part in those stories, but she doesn’t really talk about her time back when people thought those gods were real, so I wanted to show how she became the badass she is in the Hellequin books and the journey she had to take to get there.

There’s a young girl in the book who’s deaf, so I did research into when sign language was first created and how well known it was. It’s has some interesting links going back to at least ancient Greece when people who knew sign language sort of kept it secret from those who didn’t. I hadn’t known any of that before starting the book.

It’s basically alluding to the idea that the pantheons of the time weren’t really gods, they were just powerful beings (sorcerers, elementals, etc) who mostly had no one telling them what they shouldn’t do. It works about as well as you’d think. A lot of those gods were little more than monsters.

No real people in this one. I have based people on real life people before and I do tell them. Unless I’m killing them off because I didn’t like them, then I change the name of the character to give me plausible deniability.

Don’t anger someone who can literally tear your arms off and beat you to death with them. It’s a fair lesson, I think.

The relationship between Diana and a certain Roman Goddess. They have been friends for a long time, and were occasionally more than just friends, and they have this dynamic that’s a lot of fun.

There’s a villain in the book who’s name I won’t mention because spoilers, but he was quite hard to make both really evil and unpleasant, but without moving into the moustache twirling villain cliche.

I’m currently working on books 2 and 3 of my new series, Riftborn, book 1 of which is with my publisher and hopefully I’ll have more details about the release of book 1 soon.

On top of that, I have a sequel to my first scifi book, Blackcoat, to write, and I plan on finishing my first epic fantasy book. So, I have a lot to be getting on with.

About the Author:
Steve is a bestselling author of Urban Fantasy. His book, Scorched Shadows, was shortlisted for a Gemmell Award for best novel.

Steve was born in a small village called Mexborough, South Yorkshire, but now lives with his wife and three young daughters in Southampton

2 Replies to “Spotlight & Author Interview: No Gods, Only Monsters + Giveaway”