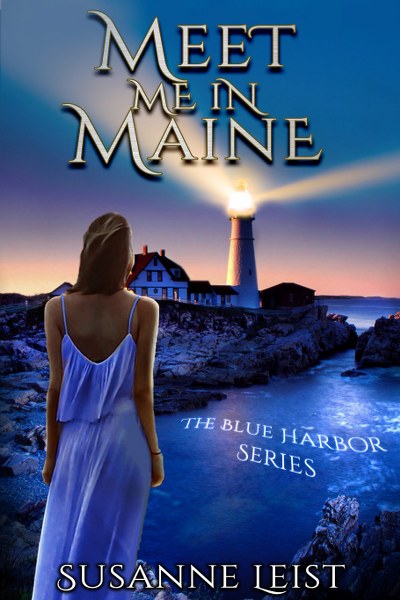 Elizabeth Reading and Scarlett Harding travel to Blue Harbor, Maine, hoping to find a bed-and-breakfast to buy and a peaceful town. What they discover instead is much more sinister…

When they visit the local ice cream parlor, a man rushes through the doorway, clutching his throat and dying in a pool of blood. Chief Lively and two men, David Hunt and Logan Rayne, interrogate Elizabeth and Scarlett. Elizabeth stares at the dashing, blue-eyed David, stunned she agreed to a date with him just hours ago.

Elizabeth wants to pack her bags and visit other harbor towns, but Scarlett insists on keeping their appointment. They fall in love with the quaint bed-and-breakfast and sign the papers a few days later.

Once they settle into the inn, strange incidents plague Blue Harbor. At Scarlett’s date with Jonathan Hale, the charming ice cream parlor owner, a woman’s head explodes at the next table. A suspicious explosion rocks the harbor, destroying boats and part of the dock. Their fears mount as an intruder breaks into the inn.

The curse placed by the Penobscot Indians on the original settlers and descendants of Blue Harbor has returned with a violent twist.

Have Elizabeth and Scarlett put their lives in danger by dating two of Blue Harbor’s descendants?

Should they sell the inn or stay and fight the curse alongside David, Logan, and Jonathan?

People strolled the sidewalks beneath the street lamps’ hazy yellow glow. Colorful window displays beckoned to visitors as music wafted from the open doorways. Boats rode the soft swells on either side of the long dock, jutting into the dark water. I stood beside Scarlett at the curb and inhaled a deep breath of the crisp, salty air.

David and Logan exited the parlor, taking positions on either side of us.

David whispered to me, “We’ll walk you home.”

I glanced over my shoulder at Logan, feeling uncomfortable in his presence after the intense interrogation he put us through in the ice cream parlor. Logan’s haughty mien lifted as he caught my glance and nodded to me, his gray eyes softening.

The ground beneath my feet shook. I shrieked and grabbed David’s arm.

The street lamps went dark as ear-shattering explosions cut through the silence, followed by frenzied shouts. Time turned sluggish and unreal, like a movie reel playing in slow motion. Flames shot to the sky from the moored vessels. I stood frozen, transfixed by the orange flames sweeping across the wooden planks at the heels of the fleeing pedestrians. Scarlett clutched my hand as the crowd headed our way, jostling us in their frantic path. Intense heat hit our faces. People screamed; sirens shrilled; engines pulled alongside the marina. Police cars swarmed the streets.

His face a blotched red, Lively strode from the parlor, puffing. “Take them home,” he shouted to David before rushing across the street to join the officers arriving at the scene.

“I’ll walk you home.” David snatched my hand, transporting me back to reality.

I hurried to keep pace with him as the hazy fog clouding my vision cleared. Scarlett strode ahead with Jonathan while Bella hobbled beside us on a broken heel. I glanced back at the burning harbor. “I don’t understand; the advertisements depict Blue Harbor as a peaceful town.”

“It used to be.” David shrugged. “Things have changed.”

He turned to me. “Maybe you shouldn’t move here.”

“No, then I won’t see you again.” He halted as people rushed around us. “But the town hasn’t been safe for the past few months, and I don’t want you hurt.” David grasped my hand, and we continued walking.

“Do you believe I’m in danger?”

“I don’t know. I’ve been working with Logan and the chief, but we’ve made no headway.” He checked over his shoulder. “Where’s Bella?”

“I’m here.” She emerged from the crowd. “The broken heel is making it difficult to walk.” Bella removed her shoes and loped toward us barefoot. “That’s better.”

Quick bursts of explosions shook the harbor, the blackened sky mirroring the orange and yellow flames consuming the pier.

People screeched as the panicked horde surged toward us, and David dropped my hand. “I’m sorry. The police need my help.” He pushed his way through the throng and headed back to the pier. “Remember to lock the doors,” he yelled over his shoulder before disappearing.

“What’s wrong with this town?” I eyed Bella.

“What isn’t wrong with it?” she replied before stumbling ahead to our building.

Her expression sullen, Scarlett waited on the front steps, watching Jonathan race toward the flames engulfing the harbor.

Bella unlocked the front door, and we trailed behind her into the darkened hallway.

“Are you going to explain this creepy town to us?” Scarlett stepped in front of her.

Bella hit the light switch. “No, and don’t shut the hall lights. Tomorrow, I’ll explain the town’s strange history.” She rushed into her apartment, throwing the bolt on the door. 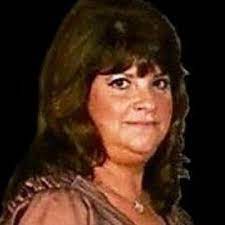 A career in writing has been an enormous leap for me. Accustomed to the number-crunching field of budgeting and the hectic commodity markets, I left my first career and M.B.A. in Finance behind to pursue my dream. However, I do not regret my foray into literature for one moment. I write every day and have even tried my hand at poetry. So don’t let anyone tell you it’s too late in life to try something different. It is never too late to follow your heart.

THE DEAD GAME SERIES brings fantasy and surrealism to the classic murder mystery with dead bodies, suspects, and clues. In addition, it offers vampires and a touch of romance to spice the motley mix.

MEET ME IN MAINE, the first book in THE BLUE HARBOR SERIES, provides the backdrop for murder, mystery, and romance in a seaside town. Love falters and flourishes as the residents fight the persistent evil plaguing their small-town lives.

Sit back, put up your feet, and let me bring mystery and romance to your lives.

Follow the tour HERE for special content and a giveaway!
$15 Amazon giftcard, e-book of Meet Me In Maine – 1 winner each!
a Rafflecopter giveaway

6 Replies to “Spotlight & Excerpt: Meet Me In Maine + Giveaway”