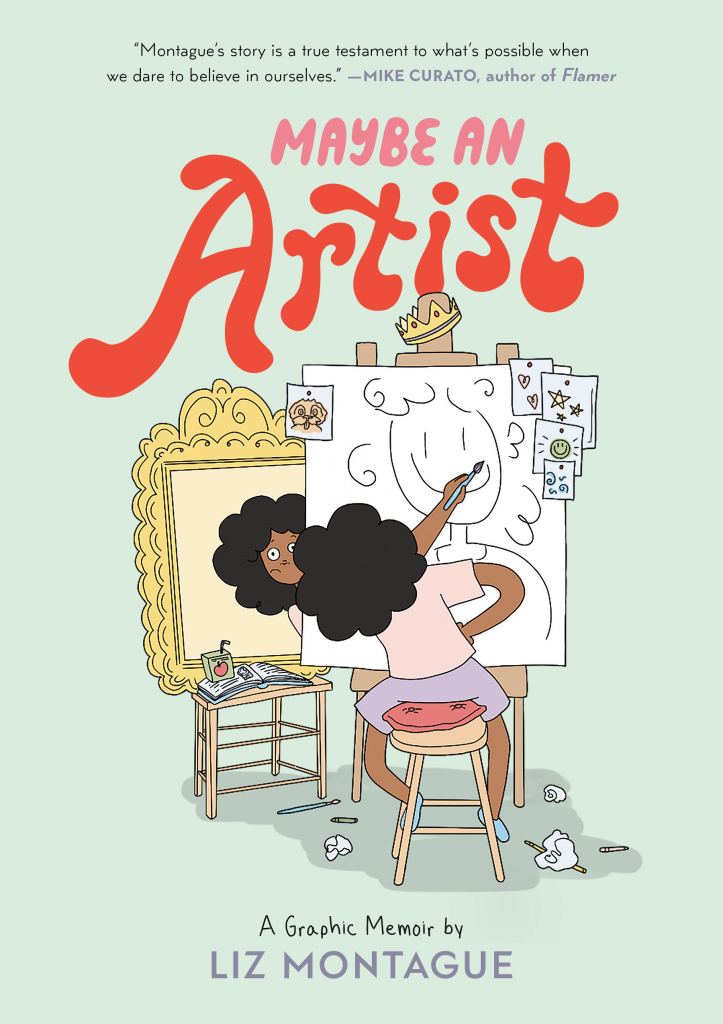 A heartfelt and funny graphic novel memoir from one of the first Black female cartoonists to be published in the New Yorker, when she was just 22 years old.

When Liz Montague was a senior in college, she wrote to the New Yorker, asking them why they didn’t publish more inclusive comics. The New Yorker wrote back asking if she could recommend any. She responded: yes, me.

Those initial cartoons in the New Yorker led to this memoir of Liz’s youth, from the age of five through college–how she navigated life in her predominantly white New Jersey town, overcame severe dyslexia through art, and found the confidence to pursue her passion. Funny and poignant, Liz captures the age-old adolescent questions of “who am I?” and “what do I want to be?” with pitch-perfect clarity and insight.

This brilliant, laugh-out-loud graphic memoir offers a fresh perspective on life and social issues and proves that you don’t need to be a dead white man to find success in art. 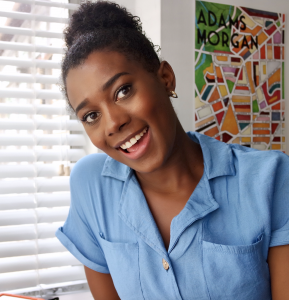 Liz Montague is a cartoonist, writer, and illustrator whose work focuses on the intersection of self and social awareness. She began contributing to the New Yorker in 2019 as a cartoonist and has illustrated for the U.S. Open, Food Network, Google, and the Joe Biden presidential campaign. She’s been profiled by the Washington Post, ABC News, and Today, among other media outlets. Liz is the creator of the popular Liz at Large cartoon series, which previously ran in Washington City Paper, and is passionate about documenting social change and protest movements. This is her first book for children.

2 Replies to “Spotlight: Maybe An Artist, by Elizabeth Montague”