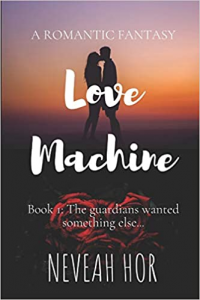 In the year, 2050, among the humans on the streets, there were these very few others. Others who were made in the biggest technology company, AITA (artificial intelligence and technological advancements), what humans call, the guardians. They were crossbreeds of humans and animals which had the highest Intelligent Quotient (IQ). They were created to protect all citizens with their special abilities. However, they had one enemy. The citizens called them the poachers. They are from another company, The Royal AI. This company was the second most advanced company and they wanted all the glory of AITA. To win them over, The Royal AI had to prove themselves worthy and they resolved to hunt down the guardians to kill them all off by creating their own crossbreeds. Life for the guardians was not that easy. Humans just did not understand one thing. These guardians they so often talk about did not want fame. They wanted something else…

Neveah Hor, born and raised in Singapore, is the author of Love Machine. She is a thirteen-year-old who loves writing, reading, blogging and dancing. She writes mainly under the genres of Young Adult, Romance and Fantasy. She is currently receiving her education in Singapore and lives with her parents and an elder sister. She is just an ordinary teenager who holds a pen and paper as she enters the world of stories. She hopes she could be someone’s favourite author one day. Her passion for writing never fades. 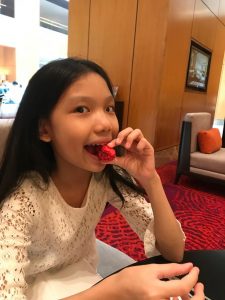 One Reply to “Book Blitz: Love Machine, by Neveah Hor”