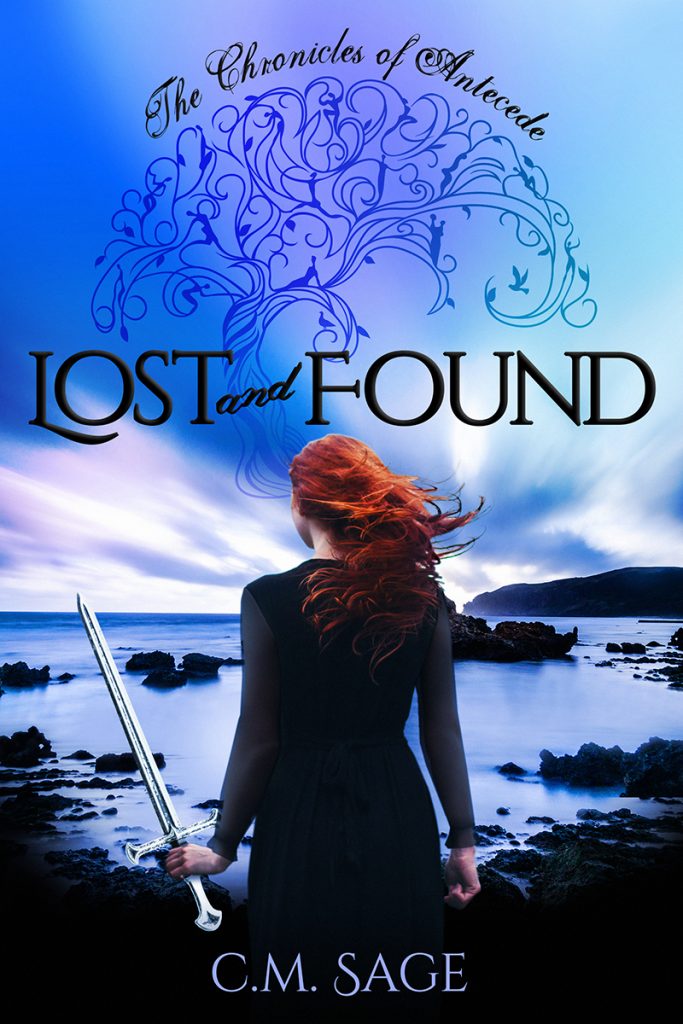 The Chronicles of Antecede: Lost and Found
by C.M. Sage
Genre: Fantasy

Sometimes things are lost for a very long time…and then they are found.

Take Gracie for example, a woman who lost everything, her life, her family, even her name, but now she is a Cathalian warrior of Antecede blessed with powers, which aren’t yet fully realized. Her elder and nemesis, Donavan, finally granted the former professor an opportunity to train a new warrior. Her joy turns to shock when she meets her great, great, great, great grandson, Henry, accompanied by his wisecracking best friend, Milo. Henry recognizes his long dead ancestor right away, and it doesn’t take the Cathalians long to realize that this meeting was no accident.

Gracie and the warriors of Antecede soon discover that they aren’t the only ones laying a claim on their new charges. Menacing enemies from the South and their hired mercenary assassin, Revilan, the Bowman, have also taken an interest. Come along with Gracie, Donavan, and their fellow warriors on a perilous quest to protect all that is good and right from the evil that threatens it, and along the way discover what else was lost.

Gracie hadn’t seen Donovan since he rendered her and her charges unconscious, except to sense him speaking to Henry earlier in the day. He appeared to be his normal, arrogant self then, but right now he looked a bit wild. He was truly splendid like an untamed avenger, and she was a little in awe of the warrior coming towards her. Again, it was unfortunate for Gracie that she wasn’t as quick as her little beasties and didn’t think to try making herself scarce. She had never mastered that skill as a mortal or as a warrior. Drama followed her wherever she went. She met Donovan’s stare head on, shoulders back.

He stopped, breathing hard, hands on his hips, not far from where she stood, and now she realized Donovan wasn’t just angry, he appeared almost unhinged, and something else, some other undefined sentiment, which he quickly tried to hide. She caught the emotion with her amplified senses but failed to decipher it before it disappeared. Her elder’s appearance perplexed and confused Gracie. He was pale, and it was no small thing for a man so bronzed to look like a ghost. As if on cue, the wind picked up upon his arrival, and his hair whipped around his face. Donovan held Gracie’s stare until she dropped her eyes because the residual fire in his unnerved her.

Can you describe your dream home?
Floor to ceiling windows, a loft attic to write in, a great kitchen with double ovens and a pantry, a fantastic bathroom with a big tub, tons of pictures on the walls and tons of family pictures all around. A beautiful yard with trees and flowers and green grass…a wall that makes it feel safe and secure like a villa.

If we were to come to your house for a meal, what would you give us to eat?
At night probably pizza and a salad because that’s the ultimate happy food to me, or maybe my husband would do one of his fantastic casseroles with a salad. In the afternoon, I might do an afternoon tea…they are so much fun.

Tell us about the absolute BEST fan letter you have received.
Well I’m pretty new at this…I have received emails from beta readers that they love what I’ve done so far. That was a wonderful feeling.

Say your publisher has offered to fly you anywhere in the world to do research on an upcoming book, where would you most likely want to go?
If that were the case, I’d like to go to Ireland.

Who designed the book cover for the book you are touring?
The wonderful Stephanie Mooney from Mooney Graphics.

Lost and Found is author C.M. Sage’s first book in the Chronicles of Antecede fantasy adventure trilogy. She loves writing, reading, and traveling. Most of all she loves spending time with her beloved family and friends…and yes, that includes her furry friends. Life would have been much less sunny without them. 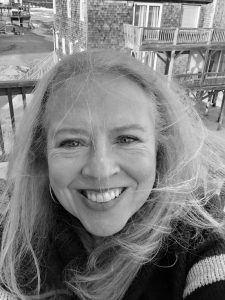