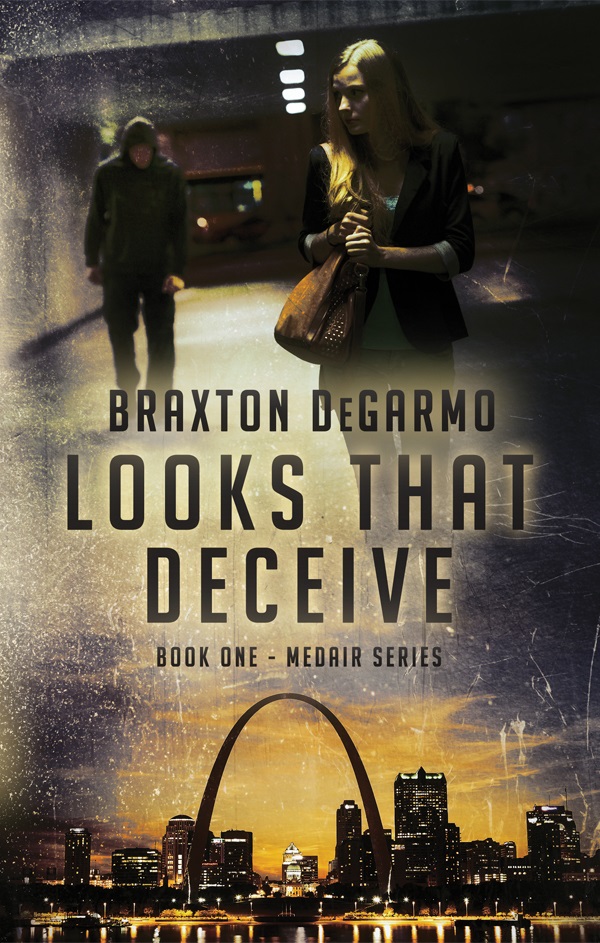 FREE in ebook format at all online retailers.

Can you imagine the stuff flowing downhill into Detective Lynch Cully’s lap? From his lieutenant’s office. From his chief’s office. The mayor’s office. The governor. He’s already facing the toughest case of his career: a serial assailant who leaves his victims unable to testify. Are these cases related? Has the perpetrator upped his game?

Amy Gibbs, RN is a newly recruited med-evac flight nurse who left the ER, its stress, and memories of a certain detective behind. On one fateful call, she hears the deathbed confession of a man whom police are seeking as a person of interest in the attacks.

Within hours, the lives of Amy Gibbs and Lynch Cully intertwine in a story that unravels a web of identity theft, electronic eavesdropping, and stalking amid a confusion of identities. Can Lynch move one step ahead of this killer? Or is the distraction—of a girlfriend he regrets leaving—too much?

Other Books in the MedAir Series 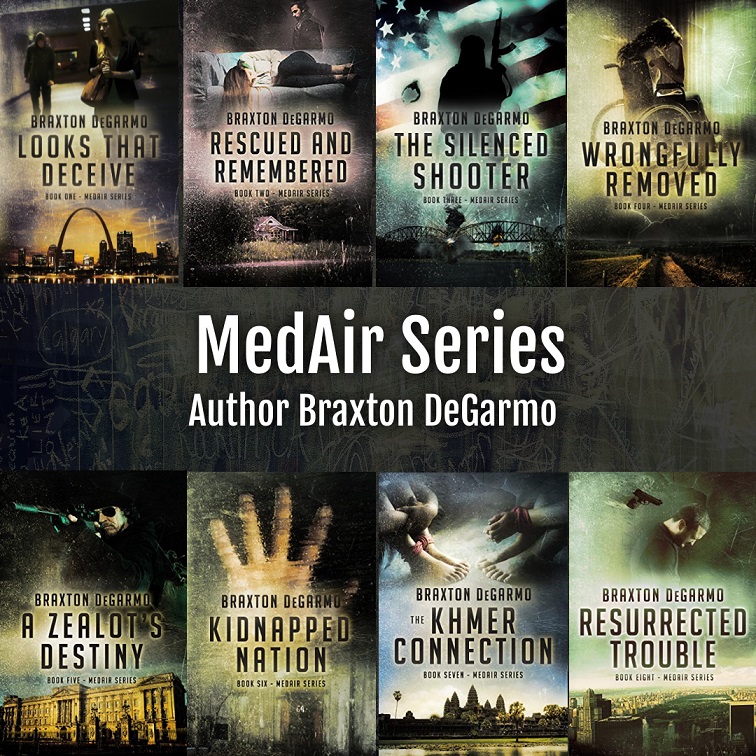 When you have to save the one who saved you.

Can you trust the federal government anymore?

What would you do to protect your family?

Would you stand up to the government?

Who is trying to eliminate the British Royal Family? And why? After all, the monarchy is largely ceremonial and symbolic.

Will the people elect the status quo?

Or is a major presidential upset in the wind?

What do you do? Where do you go?

Lynch Cully and Amy Gibbs have returned home, leaving the worst behind them in Southeast Asia. Or did they? 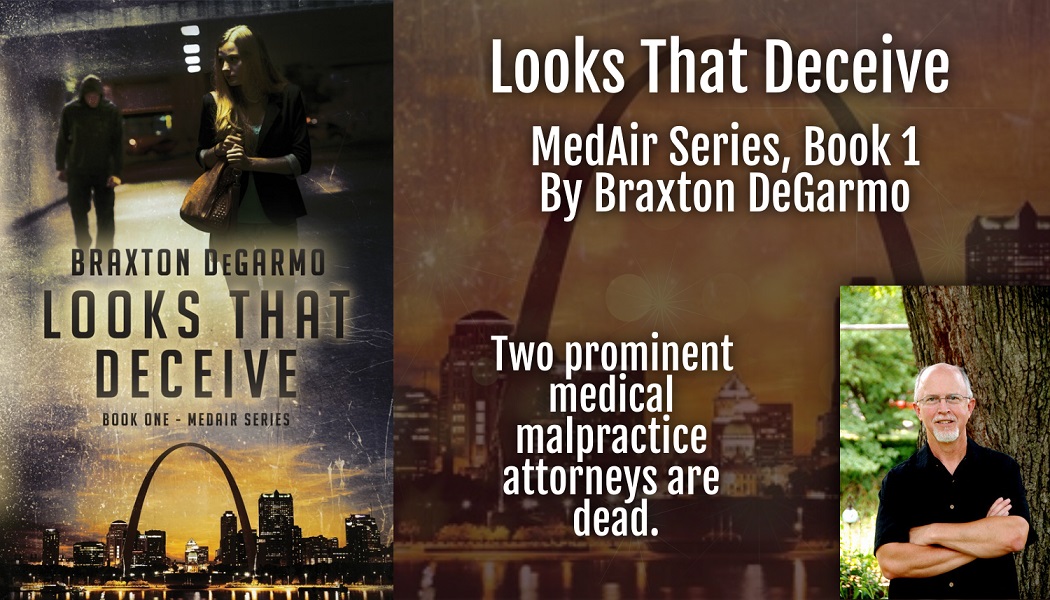 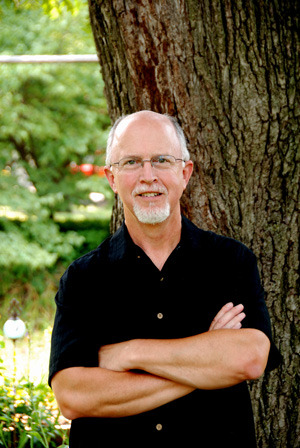 Braxton DeGarmo spent over 30 years in Emergency and Family Medicine, both in and out of the military, before retiring to focus on writing in 2014. Many of the incidents in his books are based on real occurrences, people, and experiences in his own life, such as learning to escape a water crash in a helicopter. Human trafficking, medical kidnapping, government corruption, and other social injustices have become the premises used for his stories. And the technologies described in his books are all current . . . and possible.

One Reply to “Book Blitz: Looks That Deceive, by Braxton DeGarmo”