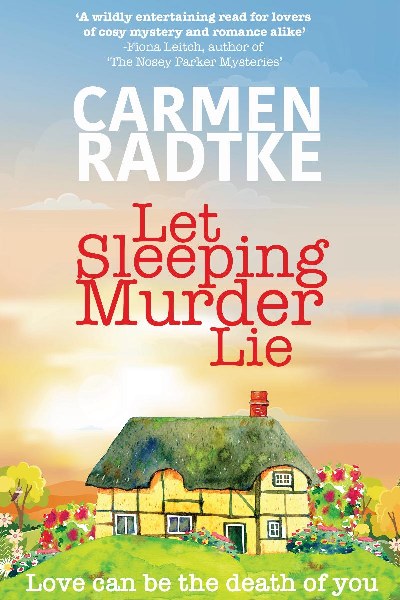 ‘A wildly entertaining read for lovers of cosy mystery and romance alike’  Fiona Leitch, author of ‘The Nosey Parker mysteries’
Love can be the death of you …
American Eve Holdsworth is living her quintessential English dream in a picturesque village in the countryside. Meeting an attractive stranger adds to the appeal.
But Ben Dryden is a pariah in Eve’s new neighbourhood, since his wife was murdered five years ago, and he was the only suspect. Eve, who is absolutely sure someone as charming as Ben could never be a killer, is determined to solve the case and clear Ben’s name, even if it’s against his will.
Soon enough Eve finds herself in deep waters, and with her life at stake, she can only pray that her romantic notions won’t be the end of her
…
Goodreads* Amazon

“That cabin is private property.” Ben took the hook off the rod, a wriggling worm still attached to it. A bucket at the side contained water and three fish trying to swim in the confined space.

“The fish are not dead.” Eve instantly chided herself for her trite remark.

“I’m not killing them. They’ll go into another pond.”
“Couldn’t you use a net, so they don’t get hurt? Anyway, the cabin. I’m not going to trespass, I promise.”

“Because you want to see the owl.”

“The place has a bad reputation,” Ben said.

“The owner’s notorious. If you stay in the area, you’ll find out soon enough.”
Eve felt the blood drain from her face. “Is it drugs?” The last thing she wanted was to stumble unwittingly upon a crime lord and his henchmen. She’d taken a few self-defence classes ages ago, and she tended to have a key clenched between her fingers when she walked home alone at night, but she’d be no match for well-trained career gangsters.

“Heavens, no,” he said, regarding her with faint amusement. “You must have lived in pretty rough places.”

“Life on the mean streets.” She imitated a heavy drawl, to lighten the situation.

To be fair, she had witnessed a mugging during her childhood in Portland, Oregon, and another one in Bristol. 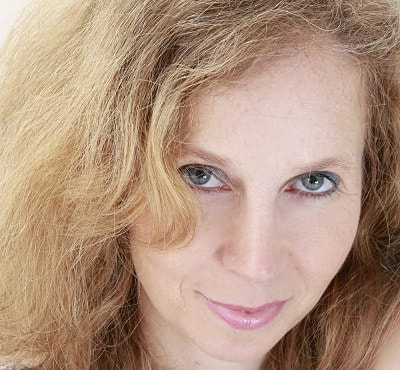 Carmen has spent most of her life with ink on her fingers and a dangerously high pile of books and newspapers by her side.
She has worked as a newspaper reporter on two continents and always dreamt of becoming a novelist and screenwriter.
When she found herself crouched under her dining table, typing away on a novel between two earthquakes in Christchurch, New Zealand, she realised she was hooked for life.
The shaken but stirring novel made it to the longlist of the Mslexia competition, and her next book and first mystery, The Case Of The Missing Bride, was a finalist in the Malice Domestic competition in a year without a winner.
Carmen was born in Hamburg, Germany, but had planned on emigrating since she was five years old. She first moved to New Zealand and now lives in York, UK, with her daughter, cat, and sometimes her seafaring husband comes home.
Website * Facebook * Twitter * Instagram * Bookbub * Amazon * Goodreads