Spinning away from Mars was not what Marcus thought would be the best part of his day. Coming out of his escape; he finds an enemy waiting in the wings of his ship that he has to make a deal with, a commune that has some interesting customs, a colony of Alters, and even an old “friend” who helped him escape his Eridani overlord. But, his friend cashes in that chip. He wants Marcus to help lure a mutual friend, Lash, into the Belt and set up a trap using a Judas Contract. 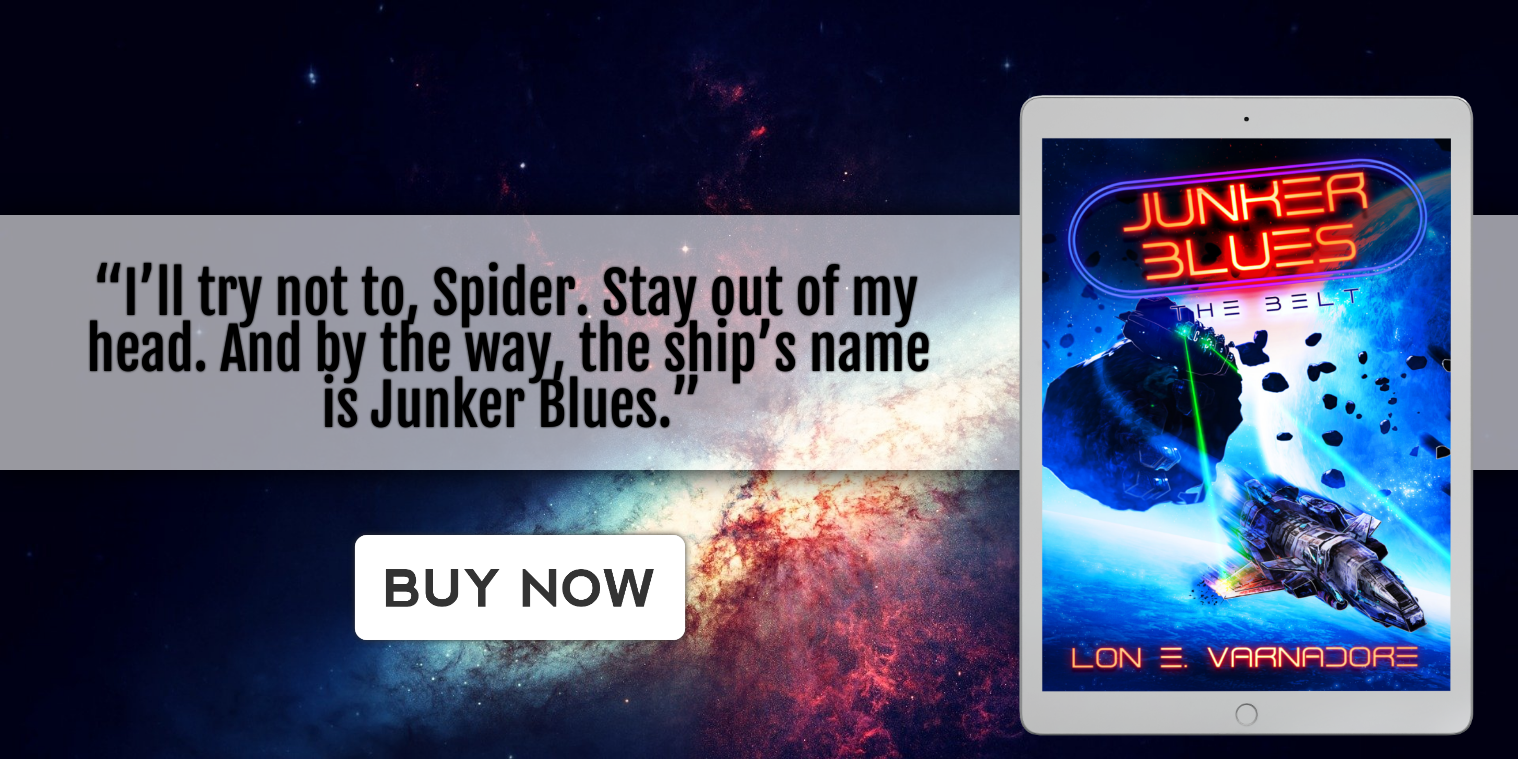 If it’s from Junker Blues: Mars, on the last page, “I’ll try not to, Spider. Stay out of my head. And by the way, the ship’s name is Junker Blues.”

If you mean favorite ever, it’s from Mostly Human. “To him, I was easy to pay off and silence, someone who’d do what is told for the right price. To him, I’m only mostly human.”

Always been a fan of science fiction and fantasy. Been writing it for years and will until I am have been lowered into the ground. My first novel, “Mostly Human,” has been in my head and on paper for years. There are more stories of 4Pollack and working on the next one as fast as I can. Also, I have spread my areas into urban fantasy noir with “Janus City,” space Opera with “Blood for the Empress” and even military sci-fi with “I.S.S. Starkiller.” And now, I must go back to my scribblings.