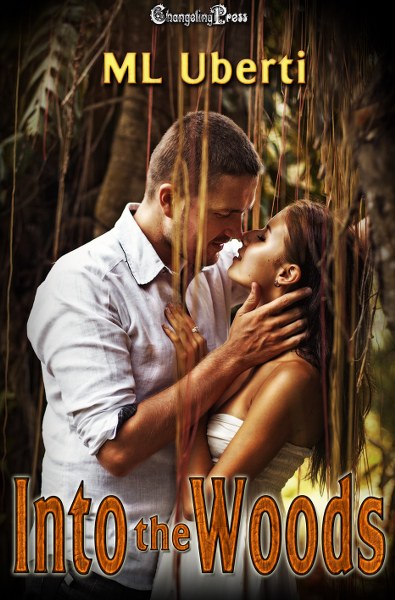 When Juliet goes into the woods to find the sexy, mysterious stranger who rescued her from a mountain lion attack, she finds more than she bargained for. Deacon’s far more dangerous than the Kentucky wildlife. As she tries to fight her feelings for Deacon, she learns more about his family and their legacy of crime.

But Deacon’s an addiction she can’t escape, and every day Juliet falls harder for him. Only his family, the woods that are determined to kill her, and Deacon himself stand in the way of her quest to capture her bad boy’s heart.
Add to Goodreads Amazon * Apple * B&N * Kobo * Changeling Press 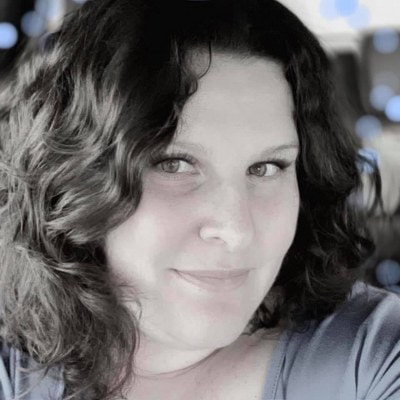 Starbucks aficionado, lover of throw blankets and betrayer of all things kale, ML Uberti is a Wayne State University graduate and Metro Detroit author with a predilection for oddities and happy endings. She is mom to three autistic kids, 2 ridiculously stupid dogs and wife of a teacher and musician who has endless patience for her impeccably bad taste in Netflix shows and murder documentaries. She is thrilled to dip her toe into scifi romance from contemporary and hopes you enjoy her big, brooding alien alphas and resilient fairy tale queens.

A fragment of sun shone down through the thick canopy above, and as my eye scanned the woods, I didn’t see anything. Then a figure moved closer and my eyes tracked the smooth gait of a giant mountain lion that had its eyes — and teeth — pointed squarely in my direction.

“Oh fuck,” I whispered to myself, all the blood draining from my face and my stomach filling with acid. It wasn’t far — not that close but I didn’t think I could outrun it. And if I could, it was standing between me and the direction I was supposed to go in. Which meant I would end up deeper in the woods.

I swallowed hard, wondering how long it had been since I had climbed a tree, and felt myself start to shake as the massive cat stalked slowly toward me.

“Please.” My voice broke as I shuffled back, pleading with an animal that didn’t speak English to, I don’t know, abandon its instinctive nature and decide to take a walk through the wood and find a little bunny to feast on. Or Murray! I’d sacrifice that little asshole to save myself. In a heartbeat.

Maybe that made me a bad person. Maybe that’s why I was going to die — because I was the kind of girl who would give up a three-legged cat to a mountain lion to save her own skin. But, logically, once the lion got done with me, it would probably eat Murray for dessert. So better one of us got out of this alive.

I glanced behind me, seeing nothing but trees and decided I’d rather run than stand here and become a Lion Lunchable, so I twisted on the ball of my foot and took off. I wasn’t very fast even though I had run track in high school all four years — and the mountain lion seemingly liked to chase.

I heard its huge paws hit the ground running as I did, so I zigzagged thinking I could outsmart it. But the pounding of his steps got closer and I was sure I was going to die — and I hadn’t brought in the laundry yet.

Suddenly, I was off my feet and flying through the air, my body moved without my own volition and shoved behind a tree as a hulking figure stepped out and directly into the path of my attacker.

“Go on, get!” the man in the woods yelled, staring down the mountain lion and advancing toward it like he wanted to die.

“Don’t!” I whispered and tried to pull the man back as I got a handful of his shirt.

He pinned me with a dark green gaze and barked one word. “Stay.” Then he moved closer to the lion.

“Git! Go!” the man repeated, his arms up high as he squared off against the two-hundred-pound beast. “Go!” the man thundered and the lion actually retreated, looking around then backing up further.

“Git outta here now, go on home,” the man snarled and the lion, like it understood him, turned slowly on its feet and sauntered off in the other direction.

I blinked, mesmerized as the predator just changed its mind and meandered off casually, not a care in the world. Was this man in the tight gray shirt and perfectly worn jeans some kind of wizard?

Probably not, I thought. My stare flicked to his face as he bore down on me, as big and scary as the lion was — but decidedly more pissed off.

One Reply to “Spotlight & Excerpt: Into the Woods + Giveaway”