This is my stop during the blog tour for Indigo (Indigo #1) by Paula Berinstein. Indigo is the first book in a time travel romance series set in the 18th century. The blog tour is organized by Lola’s Blog Tours. and runs from 9 till 22 November. See the tour schedule here. There’s also a tour-wide giveaway for 5 e-copies of Indigo; enter at the bottom of this post! 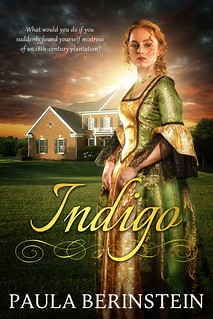 What would you do if you suddenly found yourself mistress of an 18th-century plantation?

Esther Rubens is looking forward to getting to know her new community in South Carolina and repair her troubled marriage. But as soon as she arrives in Charleston her life begins to diverge from the idyllic picture in her mind. Her physicist husband, Melvin, is arrested for driving while black, she inherits a strange English property from a cousin she didn’t know she had, and she learns that her great-grandmother Sophie, a brilliant scientist kidnapped by the Nazis, discovered the secret of time travel.

Intrigued by Sophie’s cryptic journal Melvin begins to experiment with time travel, but his anger at the police makes him careless. The process backfires, killing him and throwing Esther back to 1750. Attacked by an unknown assailant the moment she arrives in the past, she seeks protection at an indigo plantation belonging to a dashing planter with a dangerous secret, negotiating a deal that guarantees her safety. But she soon realizes she’s made a terrible mistake in her choice of savior. What she discovers on the plantation is far more horrific than anything she could have imagined.

Overwhelmed, she attempts to flee just as the planter’s mysterious, handsome brother arrives from England seeking refuge—and offering an opportunity that’s too compelling to turn down. But can he be trusted? And are the two of them strong enough to vanquish the evil that’s pervading the lowlands? Only time will tell.

You can find Indigo on Goodreads

You can buy Indigo here on Amazon

When I came to I felt awful. My head hurt, my mouth was dry, and my legs were like wet noodles, which I discovered when I tried to pick myself up off the ground. The ground? How could I be lying in this dirt? I’d been in Melvin’s lab. I should still be there. Surely I hadn’t been blown out the window. Or had the entire lab been destroyed and I was lying in the rubble?

I looked around but the light hurt my eyes and I couldn’t see much. It was blazing hot and I was surrounded by trees and shrubs. It was odd because we’d been right in the middle of the city and this looked like wilderness. Perhaps I was dead and this was heaven? Or could I be hallucinating?

I squinted to keep all that light out and could see that I was indeed in what appeared to be a clearing in the middle of some woods. That made no sense because there was no explosion large enough short of a thermonuclear bomb that would have thrown me that far, and if it had I’d be dead. I lay there for a while in a state of half-consciousness, and when I felt my head clear enough I attempted to sit up.

It took me several tries but finally I managed, although I fell right back down a couple of times first. I looked around me and sure enough I was in the country. What was odd, though, was that the air smelled salty, which implied that I was near the ocean. I’d grown up around that smell and knew it well.

Wherever I was I couldn’t stay here. I had to get back to Melvin, even if he was dead. Oh my God, Melvin was dead! Was there a chance he’d survived? I thought back to what I’d seen right before I’d lost consciousness. Melvin hurled into the air, Melvin’s body broken into pieces. I couldn’t bear to think of the rest, but I did recognize the truth. My darling husband was gone. Whatever problems we’d been having would never be resolved now. We would never find our way back to each other. And he would never save the world. I burst into tears and cried for the longest time until I couldn’t cry anymore. The world and I had lost the best man I knew. What would we do without him?

Download your free copy of a short story set in the Indigo series! 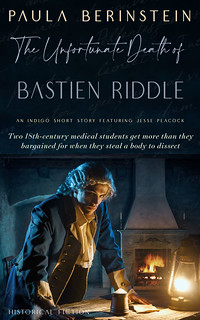 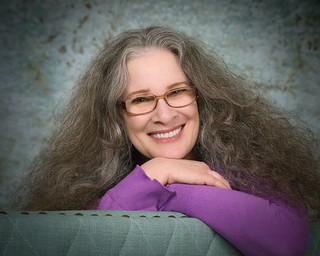 About the Author:
Paula Berinstein is the author of the Amanda Lester, Detective series for tweens and teens. Indigo is her first novel for adults. She lives in Los Angeles.

There is a tour wide giveaway for the blog tour of Indigo. Five winners will each win an e-copy of Indigo.