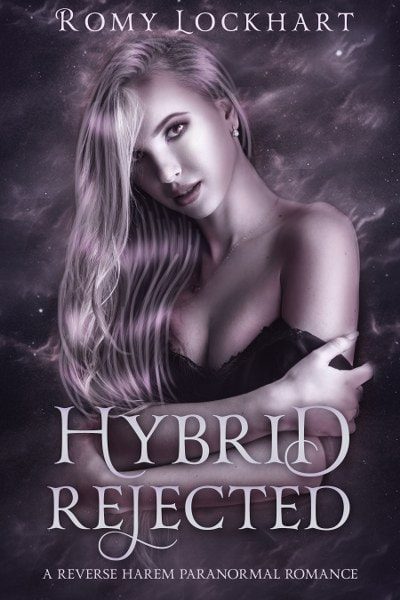 Amanda is heartbroken when her true mate rejects her because she’s a hybrid. Realizing she’ll never be accepted by full-blooded shifters, she accepts a place at Gemini Academy.

Her new life gets off to a rocky start when she’s stalked by a dangerous shifter she managed to attract before she left her old pack. Rescued by an Alpha, she soon finds out Wolf Creek is much more accepting of hybrids.
Even so, she doesn’t expect to find another true mate there, never mind three of them. She can’t deny her attraction to them, but she’s afraid to have her heart broken all over again.
Can she let go of the past, or will it come back to haunt her?
Hybrid Rejected is a standalone new adult rejected mate reverse harem romance with college-aged characters, serious steam and an HEA.
Goodreads * Amazon**Sale Alert!!**

The thrill that burns through me every time I connect to my witch half is beyond compare. I don’t know if it’s the risk I’m taking indulging in the side of me that my pack would have me ignore, or the sheer excitement that I have something that feels like it’s totally, utterly mine. Something no one can ever take away. Something that makes me more than just a lowly half-breed wolf in a pack that prefers to keep their hybrids hidden from sight.
I’m not really one of them, so I don’t get invited to their rituals.
That suits me just fine. It means I have time to spell.
My aunt would be horrified if she found out I’ve been hunting the forest for items to allow me to make potions whenever her back is turned. She’s a fully fledged wolf shifter, and constantly despairs that her brother chose to have a child with a witch.
Sometimes I wonder how different things would be if my parents hadn’t died when I was young.
I don’t think they would have wanted this life for me.
They’d taught me to be proud of both sides. Witch, and wolf.
It makes me sad to think that I’m letting them down like this.
I’m starting to hate my wolf.
She’s the reason I’m trapped here. The reason I’m partially accepted in this town, and this pack. When I was younger I didn’t know any better. I was grieving the loss of my parents. I’d thought having so many other kids around to play with was amazing.
That was back when I was too dumb to notice that they were treating me differently.
I hear the front door open downstairs suddenly, and the small vial in my fingers drops. The smoky potion stains my sheets bright purple. Oh, Artemis! There’s going to be hell to pay if I don’t fix this before Aunt Maria sees it.
She can’t find out I’ve been doing magic.
I can hear the stairs creaking. She’s coming up to check on me.
I stare at the mess I’ve made.
There’s only one real option, and it’s not a good one.
I put my fingers into the mist and invoke the spell.
The magic seeps into my skin, vanishing without a trace from the bed.
I hide the vial in my drawer, making a mental note to move it later.
I pick up the book on my nightstand and open it. It’s all about the history of shifters, and I’ve read it too many times to glean anything new from it, but it makes a handy cover when I’ve been doing something else and I need a prop in a hurry.
My heart speeds up as my eyes move over the first line in the book.
I force myself to actually read it. I kind of have to.
I’d been working on a truth spell. If my Aunt asks what I’m doing, I can only physically say reading if I’ve at least read a little. Otherwise, it’s a lie.
She taps the door quietly before opening it, and peering in, standing in the doorway as if the thought of coming inside is too disdainful. She looks like she usually does. Tightly wound and miserable, dressed like a librarian twice her age with her long dark blonde hair pulled up in an elaborate braided bun. She never wears make-up, and she always gives me a suspicious frown when she looks in on me like this.
“Everything okay?” she asks.
Oh Artemis. I try to nod, but I can feel the truth spell working it’s magic.
“Sort of,” I hear myself say.
She raises an eyebrow at me. “What’s the matter? Is something bothering you?”
Now, she takes a step into the room. And I start to freak out internally.
“I need to know if Jake really likes me,” I tell her, my cheeks burning the instant the confession is out.
It could be worse. I know that, but I never talk to my aunt about guys. Never.
She blinks. “Jake? Jillian’s brother?”
I nod. I’m glad I only spilled my reason for working on the spell, rather than anything about my parents or how unhappy I am here. I know it would hurt her, even if she acts less than comfortable with my presence most of the time.
“That boy is about to have his mating ceremony,” she tells me. “It wouldn’t be wise to get attached, Amanda. He’ll have a true mate soon enough.”
I let out a sigh. This is why I don’t talk to her.
She doesn’t seem to feel much of anything, so she can’t understand when someone else is upset, or happy, or anything, really. I can’t stand it.
“Please tell me, you’ll leave him be.”
She watches me carefully and I know I can’t lie.
“I know he’ll have a true mate soon,” I say, holding back on letting the rest spill out. Omission isn’t the same as lying so I can get away with it.
She nods. “Good.” She looks around, as if she’s not sure what else to say.
“Well, get some sleep,” she tells me, finally. “You have a big day tomorrow.”
She leaves the room and I let out a sigh as I close the stupid book.
She doesn’t know Jake kissed me at his eighteenth birthday party.
I felt something in that moment that I can’t fully describe.
I’m almost certain it was the mating bond.
But this pack relies on ceremony for every major rite of passage. He’ll have his true mate revealed to him in three days at the ceremony. Jillian’s talked about nothing else. They’re twins. They’ll have their ceremony on the same night.
I’m not invited, as per usual.
No hybrids allowed.
I don’t know what’s going to happen if I can’t be there.
I’m his mate, I know it. 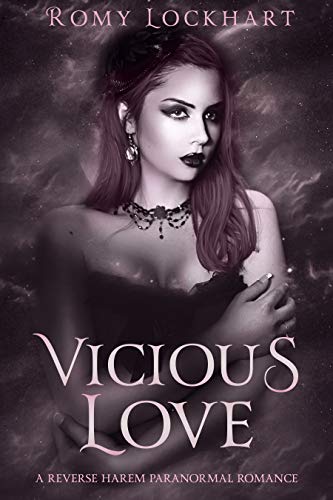 Get Vicious Love, a Shifter Academy Reverse Harem Paranormal Romance, for Only .99 cents!