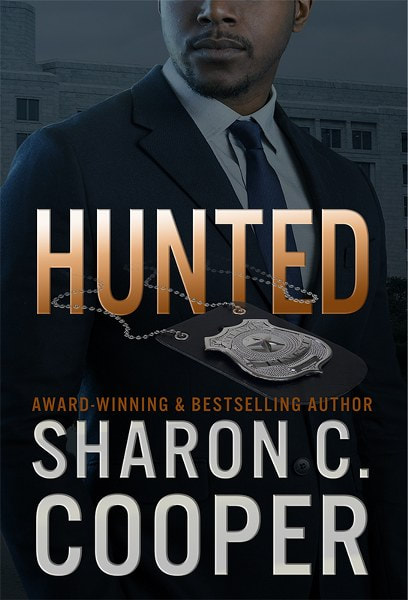 She’s everything he never knew he wanted…
Former CIA spy Myles Carrington experienced enough danger in his clandestine days. The last thing he needs in his life right now is trouble, but that’s what he gets when salon owner Geneva Ramsey crosses his path. She’s combative, fierce and the sexiest woman he’s ever met, but he’s not looking for anything serious. He promises himself only one night with her and nothing more.
Geneva kissed him on a dare. A dare that altered her carefree life, and she’s conflicted. Myles is an enigma, a puzzle she can’t piece together. Yet, she’s addicted to him—which is just crazy. She never gets serious with any guy, but after one night with Myles no other man will do. Now, she just needs him to cooperate.
When an unknown enemy from Myles’s past begins hunting him, the hunter becomes the hunted. Myles will destroy anyone who dares threaten those he loves, but will Geneva become a casualty of his past? Or can Myles save her and begin a life he thought he never wanted?
Book 6 in the Atlanta’s Finest series. All books in this series can be read as a standalone.
Add to Goodreads
Amazon * Apple * B&N * Kobo * Smashwords

Geneva’s heart thudded against her chest, surprised that Myles would know something so personal about her. Something she rarely shared with anyone. But her initial surprise quickly spiraled into anger. If there was one thing she hated, it was people reminding her of the biggest mistake she ever made.

“I’m not going to even bother asking where you got that information,” Geneva growled under her breath, her pulse still racing, thinking that someone had stolen her gun.

For a moment, she wasn’t concerned about the bastards who had vandalized her car. All she could think about was that Myles knew about her past. Laz, her brother-in-law, probably told him. Or as resourceful as Myles was, he could’ve easily found out on his own. That was one of many problems in falling for someone with his background.

God, what he must think of me.

She usually couldn’t care less what people thought of her, but him? This was Myles. A man she cared about more than she dared to admit.

What was it about this night? First, her sister threatened to send her back to jail. Then she learned that Myles knew about her stint behind bars. Both pissed her off.

“What were you thinking?” he asked in that cool, calm way that grated on her nerves.

As a convicted felon, it was against the law for her to purchase or possess a firearm. If caught, she’d be tossed back in jail, and her parents would kill her. The last thing she wanted to do was disappoint them again.

“Carrying this around is asking for trouble, but what I want to know is why you have it in the first place,” Myles said in a low voice. The teens were nearby but not close enough to hear the conversation.

Silence fell between them as they stared each other down. He was still in the driver’s seat while she stood inside the opened passenger door.

Geneva didn’t bother telling him that she’d been having trouble with some punk kids who had been terrorizing the area. She only recognized one of them on the ground from a couple of weeks ago.

“Listen,” Myles continued, but Geneva lifted her hand to silence him.

“No. You listen. Hand over my gun and get the hell out of my car. Better yet, leave. I’ll deal with the cops myself. I don’t need your judgment right now or your help in locking up.”

Without a word, Myles ejected the magazine, made sure there wasn’t a bullet in the chamber, then handed her the empty gun. He climbed out of the car and slammed the door, causing more glass to skitter to the ground.

Anger propelled Geneva around to the driver’s side of the vehicle. Before she could get to Myles, he had his cell phone to his ear and stared her down. It was as if he was daring her to try and take the ammunition from him.

“Myles, you’re crazy in your head if you think I’m letting you leave here with my—”

Geneva heard sirens in the distance, and they were getting closer. She glanced down at the gun in her hand. He was right. Bullets or no bullets, she couldn’t be caught holding a pistol.

Award-winning and bestselling author, Sharon C. Cooper, is a romance-a-holic- loving anything that involves romance with a happily-ever-after, whether in books, movies, or real life. Sharon writes contemporary romance, as well as romantic suspense and enjoys rainy days, carpet picnics, and peanut butter and jelly sandwiches. She’s been nominated for numerous awards and is the recipient of an Emma Award for Romantic Suspense of the Year 2015 (Truth or Consequences), Emma Award – Interracial Romance of the Year 2015 (All You’ll Ever Need), and BRAB (book club) Award -Breakout Author of the Year 2014. When Sharon is not writing or working, she’s hanging out with her amazing husband, doing volunteer work or reading a good book (a romance of course).

To read more about Sharon and her novels, visit www.sharoncooper.net