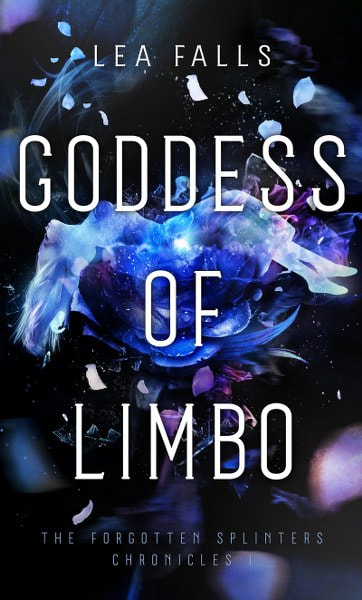 Free will is a relic of the past. Souls have a prewritten path to heaven. If they miss it, they are doomed to roam the lost realm of limbo as splinters of their former selves or worse—as demons.

Their only hope is the reaper Alames, whose own soul shattered when her celestial lover, Balthos, usurped their creators to make them gods. In her absence, he builds a pantheon of monsters and tricks the mortals, whom he blames for his grief, into worshiping him. But when a new generation defies Balthos’s law, Alames’s splinters appear among them.

Brilliant physicist Ally longs for progress and innovation, but the Council controlling her nation strips the “Mad Princess” of power. Pregnant and uncertain, the unrivaled Captain Se’azana abandons her career for the false promises of love. The starving serf Richard makes a deal with a Fae demon to save his son. And teenage rebel Vana trades her guitar for a blade when faced with ruthless nobility.

When worlds tear and hearts break, will they defy the gods’ narrative to create a brighter future or will they obey the lies preached and doom their soul forever?

For fans of THE STORMLIGHT ARCHIVE and THE PRIORY OF THE ORANGE TREE comes an epic rollercoaster ride of demons, rebellion, and dark magic.

“Mommy, is Edejen the woman who starved?”
Dotty’s cheeks turned pink. “We’ll talk about it later, sweets.”
Vana crossed her arms. “But, Mommy, we still had potatoes. Why didn’t we give them to her? She could eat mine. I hate potatoes.”
“I’m so sorry, Dick.”
Richard waved Dotty off. “Don’t worry about it.” He missed when Pier was that age. The younger the kid, the smaller their problems. Pier used to lecture him that the royals and the peasants needed to meet over soup and talk openly about what they wanted from one another. The simplicity of his solutions had been comforting.
Richard leaned forward toward Vana. “Your mommy shared a lot with us already, and we passed it on and shared with others as well. Do you know the Belladonnas?” Vana nodded. “We gave them a little bit too so that everyone could be happy.”
“That’s stupid.”
“Vana, careful.” Dotty glowered at her.
“What? I’m sorry, Dick, but that’s not very smart.”
Richard put down the whittling knife and scratched his ginger beard. He didn’t care for Dotty using his old nickname, but this little girl was adorable. “Why is that, young lady?”
“The Belladonnas have a lot of ugly horses that are mean. They bit me once. So you gave the Belladonnas the food for your wife, which they maybe gave to their horses. That’s a really poor decision.”
Richard shrugged. “What if they demanded it?”
Vana squinted her eyes. “Then we kill them.”
Richard spluttered. After all these years, the Ackermans still managed to surprise him. Dotty grabbed Vana’s wrist, making it clear that the discussion was over. “That’s enough, Vana. I’m sorry, Dick. She overheard my husband telling one of his stories the other night and has gotten some ideas into her head.”
“It’s cute,” he said, then snapped his fingers at the boy, Jules, who was still holding the fox. “Hey, boy, you want that?”
Jules glanced at Vana, then nodded.
“Take it. It’s yours.”
His face lit up with joy that warmed the cold winter air. Richard needed to make motus, but if he could make some children happy first, he’d take the win.
Dotty shook her head and reached into her pouch. “Let me give you a coin for that.”
Richard crossed his arms. “Don’t worry about it.”
“Dick . . .”
“Don’t worry about it; I’ll figure it out. Always do.” Except, he hadn’t, but he didn’t want Dotty’s sympathy to sustain him, especially not when it stemmed from some romanticized memories of her lost brother, Brice.
Dotty studied him. “You’re not thinking about signing up for the war against Virisunder, are you? I saw the recruitment posters all over town.”
Richard bit his lip. He had thought about it. It would be a selfless way to ensure a good future for Pier. It would also jeopardize his place in it. The thought of missing the birth of his grandchildren kept him away from the recruitment tent.
“No, don’t worry about me.”
Dotty sighed. “Someone ought to.”
Vana pushed in front of her mother. “Can I pick one too?” Dotty yanked at her wrist. “No, wait. Mom, I will mind the shop for three hours if you give me that rose.”
“Clever girl you got there, Dotty.”
Dotty sighed again, the exasperated sound of a young mother. Richard missed that noise as well. “Let’s go, you two.” She took Jules’s hand.
“But, Mom—”
“We’re leaving.” She dragged them away from his stall and looked over her shoulder. “Bye, Dick. Look after yourself.”
Richard waved after them and watched as they disappeared into the busy market. He slumped down and waited once more. Some people glanced at his work while passing, but apart from Dotty, no one had stopped. It was the war’s fault. Who wanted to buy toys during wartimes? 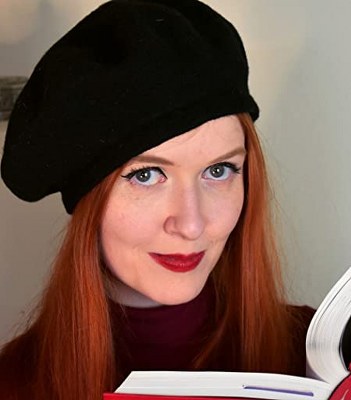 Lea Falls is a writer, actor, and passionate lover of stories. Equally drawn to page and stage, she’s written plays, screenplays, poetry, short stories, and two novels, and has acted in numerous short films, plays, and improv shows. She earned her BFA in Acting at the Academy of Art University in San Francisco and attended the Yale Writers Workshop. After a brief call and response with Londontown, she now lives in NYC with her wife, two cats, and a slither of skyline that never fails to inspire her. There, she spends her days murmuring lines over a keyboard or a script.

GODDESS OF LIMBO is her debut novel. Her short story EMILY’S HEIRS will appear in Hansen House’s ELIXIR: STORIES OF HOPE AND HEALING (AN LGBTQ+ SFF ANTHOLOGY), set to release in January 2022.