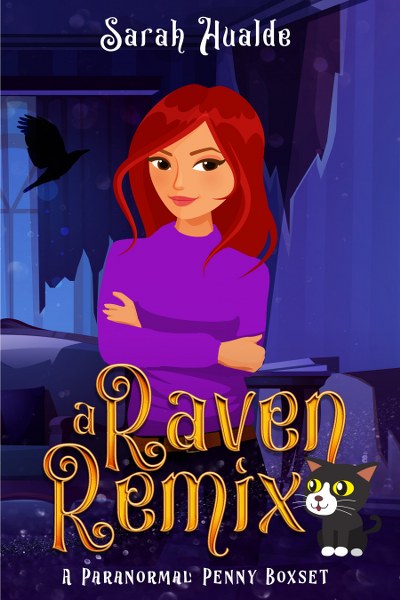 Most people run from death,
But not Penny.
She chases it down.

Penny’s premonitions put her friends in peril. Join her as she stalks the bird of death by following the musical clues he leaves behind.

Will she and her cheeky cat, Spades save the day?
Or will the Raven be one step ahead?

Join Penny and Spades as they thwart murderers before they strike. 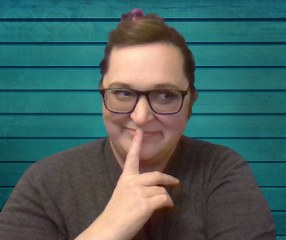 Sarah lives in California, in a home that brings her happiness and hay fever. She loves God, loves her family, and loves freshly brewed coffee. She has a husband who cooks, a son who stop animates, a daughter who loves animals, a dog that follows her everywhere, and a turtle who scowls at her condescendingly.

Her mother raised her on Mary Higgins Clark, Diane Mott Davidson, and Remington Steele. Her grandmother shared True Crime stories with her as they plotted how to get away with the perfect murder. It’s no surprise that Sarah became an award-winning spinner of suspenseful tales brimming with quirky characters. Mysteries are in her blood. Not that she could survive one of her own stories. She confesses, “I’d be snuffed out by chapter two.”