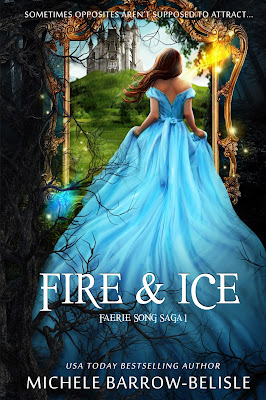 Adventure wasn’t something Lorelei was interested in. Gifted by a dark Faerie with two other-worldly talents for singing and healing, she’s always shied away from her gifts, preferring invisibility, over attention and fame. But when she meets the enigmatic Adrius, with his dark and dangerous mystique and eyes that see into her soul, her life becomes irrevocably altered.

Adrius turns up in every one of her classes and knows more about her than any newcomer should. Including the condition of her mother who is suffering from a mysterious illness. Accepting his offer to help leads her into a terrifying and thrilling world, where Elves are even hotter than Legolas, and Faeries…are nothing like Tinkerbell. The two magical beings are fire and ice opposites. One Lorelei can’t help falling for, and the other she’s compelled to be with.

Now she’s trapped, expected to prevent a war between witches and faeries, or forfeit her mother’s life. Nothing is what it seems. Not her family. Not the Fey. Not even Adrius, whose feelings for her balance precariously between desire and danger. Despite her better judgment, she can’t stay away.

As secrets unravel and unsettling truths are revealed, Lorelei must fight to save much more than her mother’s life. One mistake could put the fate of his world, and her soul in jeopardy. 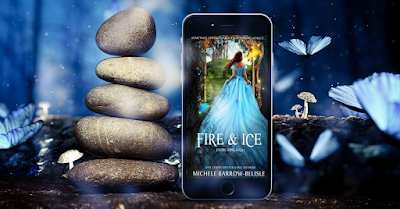 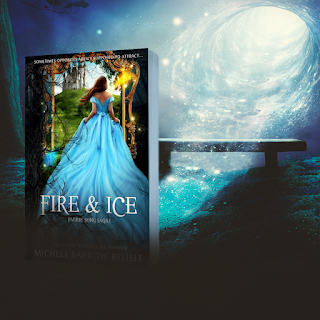 One Reply to “Book Blitz: Fire & Ice, by Michelle Barrow-Belisle”