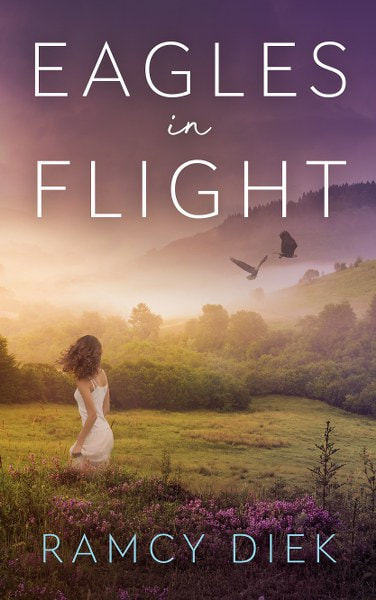 A Second Award Winning Novel from the author of Storm at Keizer Manor.
Emma’s life changes the day Ruben Templeton walks in and asks her out on a date. Over dinner, Ruben’s undivided attention flatters her and she’s a little disappointed when his best friend, Jesse Kimball, joins them. Jesse is a senator’s son who just announced his candidacy for mayor.
Accustomed to a quiet life, insecure 27-year-old Emma is hesitant but excited when Jesse calls the next day, to invite her to his birthday party. It doesn’t take long for Jesse to sweep her off her feet, and when Emma receives devastating news, he asks her to marry him. From the moment she agrees, their relationship starts to deteriorate. Hurt and confused, Emma turns to Ruben for advice.
Ruben suggests the young couple to give each other space. Time Emma can use to help him locate his younger brother Axel, who has gone missing.
Emma agrees, and soon finds herself on a road trip across the country.
Will Emma and Jesse’s temporary separation clear the distance between them, or will she find love in the arms of another man?
Add to Goodreads
Amazon * Apple * B&N * Google * Kobo

A tall handsome man dressed elegantly in a gray silk suit, white shirt, silver tie, and black leather oxford shoes, made his way around the Heemstead University library. He seemed out of place among the college students, the ladies from the senior book club, and the locals who used the computers, or came in to read the daily newspaper.

Emma watched him from behind her desk. She’d recognized him immediately and felt safe partly hidden behind her computer screen and the stacks of returned books that needed to be scanned in. That was until his eyes roamed around in search of assistance. She pushed her reading glasses a bit farther up her nose and lowered her head. Her long brown hair fell halfway across her face. Sinking deeper into her chair, she wished Sue Stremler were close by. Surely someone as important as him would wish to speak to the head librarian.

Her chair squeaked its familiar protest. She held her breath, afraid he’d heard it.

To her relief, he picked up a newspaper from one of the tables. His mouth curved into a slow smile as he read the front page. He seemed pleased with whatever had caught his attention.

As if he could feel her stare on the back of his neck, he dropped the paper onto the table and headed straight in her direction. Pretending not to notice him, she shrank deeper into her office chair.

“Miss, do you have information on the upcoming fundraiser for the library?”

A pair of dark eyes looked down on her, and an involuntary gasp rose in her throat. Hoping she’d caught it in time, she forced her focus back to the keyboard of her computer, the letters blurry, the numbers jumping around.

“A friend of mine, Mr. Jesse Kimball, is invited to give a speech. I was in the neighborhood and offered to stop in for more information on his behalf.”

Emma told herself there was no reason to be nervous. She looked up and smiled. “I could print the flyer for you if you’d like.”

“Thank you,” he replied, giving no sign he recognized her.

Emma recalled the mobile home park in the town of Dunedam, where her father maintained the grounds and performed necessary repairs to the homes. When she was fifteen, he found a position as a janitor for an apartment complex in Heemstead, the neighboring city. The position came with a rent-free spacious two-bedroom apartment. Her parents celebrated the prospect of a bigger paycheck and fewer expenses, but she’d been heartbroken to move away and leave her childhood friends behind. The kids from the park always hung out together. In the sandbox, on the playground, and later—as teenagers—under the gazebo, secretly smoking cigarettes and complaining about their parents and the teachers at school. Ruben had been one of them, and the coolest of them all.

She shook off her memories, the keyboard coming back into focus. With fast fingers, she clicked on the document to open it and print.

“Mr. Kimball is scheduled to speak next Tuesday at five, Ruben.” Horrified at saying his name out loud, she got up to grab it from the printer, keeping her eyes focused on everything around her but him.

Instead of taking the printout, he furrowed his brow and stared at her. “Do I know you?”

When their eyes met, he reached out and lifted her chin with his index finger, studying her face for an uncomfortably long time.

Shocked by his inappropriate behavior, she struggled to keep her professional composure. The flyer slipped from her trembling fingers, and it floated back and forth until it reached the shiny wood floor.

“Oops,” she muttered, picking it up.

Back behind the relative safety of her desk, she forced herself to return his stare, her cheeks flushed with warmth. Feeling like an awkward teenager, she straightened her spine.

“We used to live in the same trailer park, but I don’t blame you for not remembering. It was ages ago.” With a casual move of her hand, she tried to lighten the strained situation.

He continued to examine her face until a spark of recognition flashed in his eyes. “Now I remember. You’re Emma, the brown-haired girl with the old-fashioned clothes, pigtails and braces.”

Emma dropped her gaze at his hurtful remark. The inside of her cheek became the victim of her irritation as she chewed on it to process her feelings. If that were all he remembered about her, screw him. Instead of voicing her opinion, she stayed silent.

“You haven’t changed much at all,” he continued, fueling her anger even more.

She snatched her glasses from his fingers and pushed the flyer into his hand.

Instead of leaving, he narrowed his eyes and studied her, his thumb and index finger rubbing his chin.

With each agonizing second that passed, her self-esteem dwindled more and more. If only she’d chosen a more flattering outfit this morning, instead of her usual cream-colored cardigan, blue pleated skirt and sensible brown flats.

“Thanks for stopping by. Please tell Mr. Kimball we look forward to welcoming him,” she said, using her most professional voice in the hope of moving him along.

Ruben ignored her dismissal. “You shouldn’t hide your best asset behind glasses, Emma” he said, flashing a radiant smile. “You still have the most amazing blue eyes I’ve ever seen. How are you?”

As a teenager, Ruben Templeton had been popular and attractive, his rebellious bent making him even more alluring. His lanky, boyish manner was gone now, replaced with an easy confidence and an air of independence that only came with unbridled success. He overloaded her senses with his immediate presence, indisputable charisma, and devastating smile.

“I’m fine, thanks,” she replied, afraid of falling under his spell.

“You might be perfect, Emma,” he commented. “Please, would you do me the honor of joining me for dinner this evening?”

His invitation shocked her. And what did he mean by perfect? Too stunned to speak, she fiddled with her glasses.

He arched his brow. “How about seven o’clock at Joe’s Grill Bar? It’s one of my favorite restaurants, and their filet mignon is the best in town.”

Ruben looked striking, his thick hair dark and wavy, his eyes like midnight, his features sharp. But that didn’t mean she should go out with him.

“Running into you can’t be a coincidence. I would love to catch up with you.” His lips curved again into a charming smile, and her resistance started to crumble.

“For old time’s sake. It would mean a lot to me,” he continued, his eyes pleading.

Instead of listening to her intuition, telling her not to set herself up for disappointment, and warning her to keep her distance, she nodded. “That sounds great.”

With a slight bow, he lifted her hand to his lips and kissed it. “I look forward to it.” He released her hand with another million-dollar smile, turned on his heel, and walked away.

She watched him stroll toward the exit, broad shouldered and narrow hipped, catching the attention of more than a few women. That’s how it had always been, she reflected, regretting she’d caved under his charm. What had come over her to agree? Ruben had always been out of her league, all the girls competing for his attention, gawking at him, envious of the one at his side. Many predicted he would become a famous model, his face on the cover of magazines, or an actor, revered for his talent and magnetism.

She hadn’t seen him since moving away. But over the last twelve years, she’d secretly kept track of him through mutual acquaintances and social media. Pictures from football games, homecoming, prom, and graduation had scrolled across her computer screen. Ruben had been valedictorian, graduating with honors and receiving all the important scholarships. Despite the predictions, he chose a stringent education at Yale, the first student from Dunedam to enter such a prestigious school. Ruben was the golden boy.

Ramcy Diek fell in love with the United States during her travels with her husband. The Pacific Northwest became the Dutch couple’s home, where they built their RV Park and raised their two sons.

During this time, Ramcy also made a slow transition from reader to multi-genre writer. Her debut novel Storm at Keizer Manor received multiple awards. This inspired her to spend more time doing what she loves most: writing stories.

Eagles in Flight, a romantic suspense novel, is her second book. Her third novel Overland, a romantic and dramatic thriller, followed soon after.