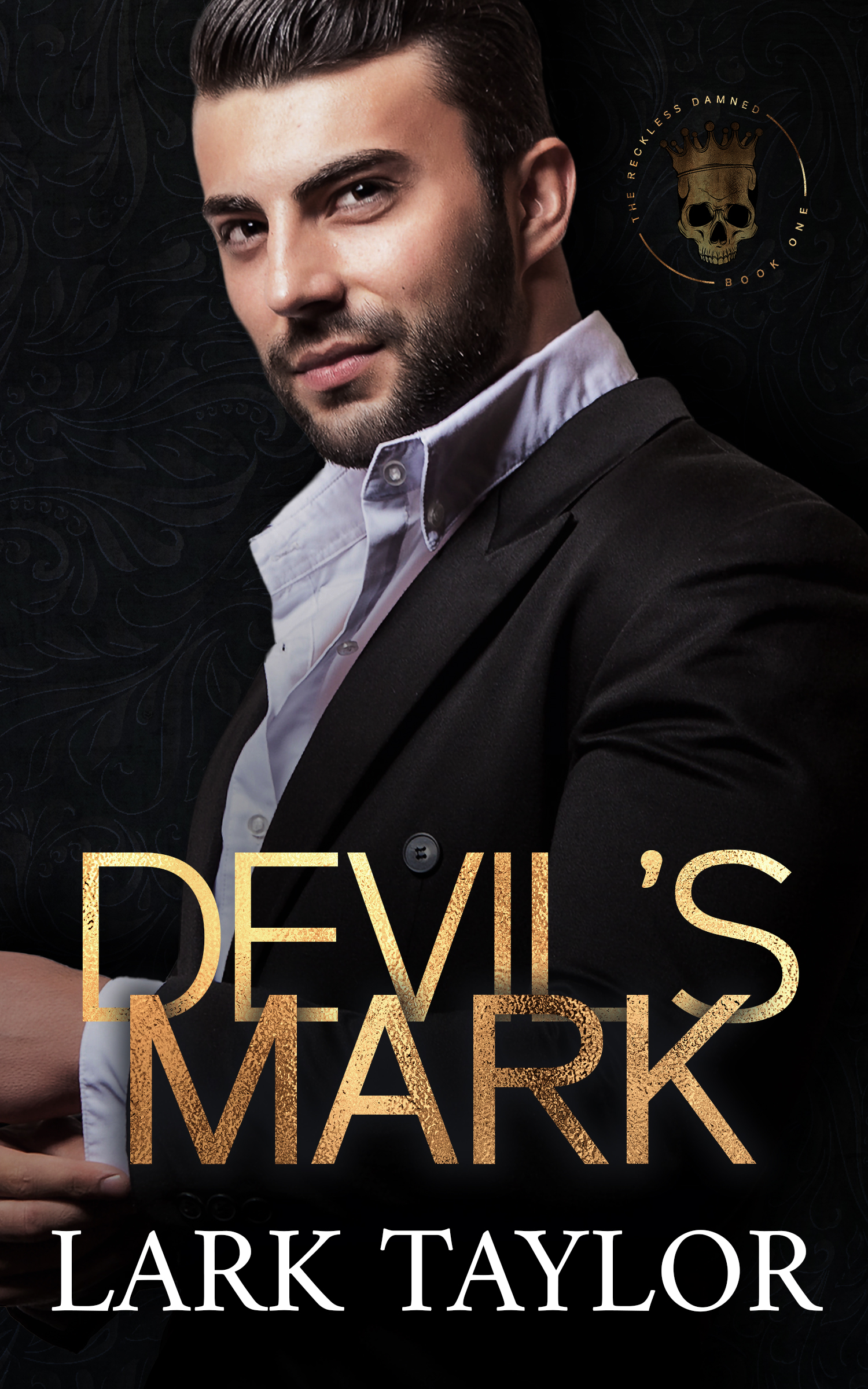 Cal and his brothers turned their backs on the family business over a hundred years ago – but Hell is tired of waiting for them to return.

I’ve never wanted a relationship – especially not with a human. With my father demanding my return to Hell and a demon leaving dead bodies in my bookshop, now is not the time to be losing my heart. But one look in Oscar’s broken eyes and I know I’m in trouble. Oscar’s been hurt before and everything in me is screaming to keep him safe. How can I do that when I know being with me will only put him in more danger?

More importantly though, am I strong enough to walk away from him?

After escaping my last relationship with broken bones and an anxiety disorder, I’m tired of living half a life. My world revolves around my classroom, flat, and best friend. When fate throws Cal in my path, he seems too good to be true. Not only does he look like he’s been pulled from my fantasies, but my baggage doesn’t scare him. Ok, so there’s the tiny issue of him being a demon, but I’ve dealt with far scarier.

I’ve been broken once before, and I don’t think I’d survive it again. Can I pull down my barriers enough to let Cal in?

Devil’s Mark is a thrilling high heat, hurt/comfort, M/M contemporary paranormal romance with a HEA and no cliff-hanger. It features a possessive demon and the broken teacher who captures his heart. ‘Devil’s Mark is the first in The Reckless Damned series but can be read as a standalone. Each book focuses on a different couple and will have a HEA.

Trigger warning for emotional abuse and domestic violence in a previous relationship, anxiety attacks, and descriptions of violence. 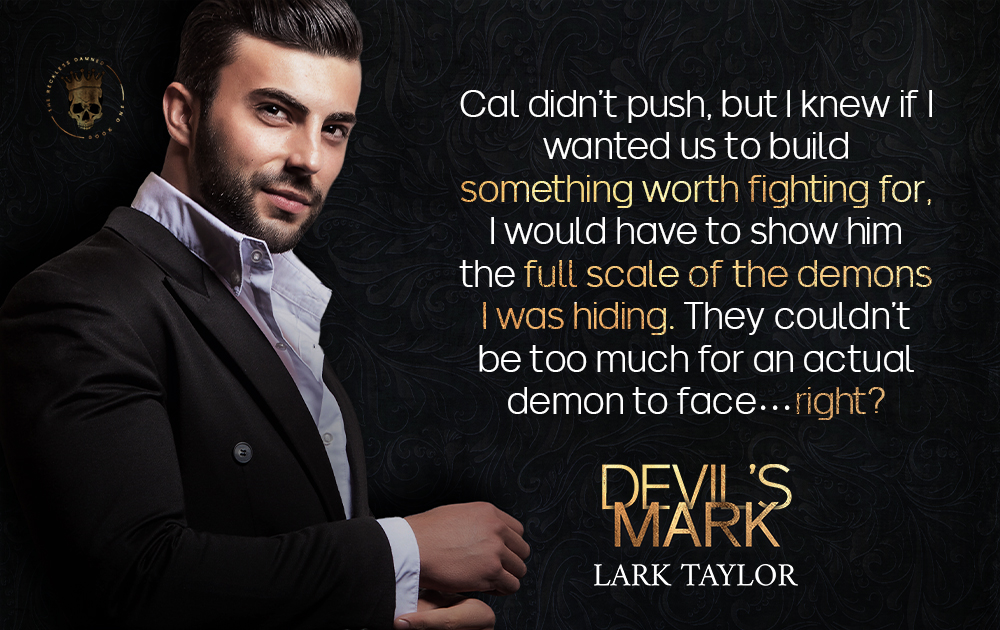 There was a dead body in my bookshop.

Tossed on the floor in front of the romance section, the crumpled corpse was ruining my new Venetian rug. I suppressed a sigh. I’d only replaced the sodding thing yesterday after the last unwanted delivery.

And why always in front of the romances? If I were to dump a body in a bookshop, I’d try to be more poetic. True crime, war, even biographies would provide a delicious touch of irony. But no, these morons always chose the romance section.

Perhaps I wasn’t giving them enough credit. Maybe they believed romance was dead and thought this was a nice nod to that idea? It was a philosophy I wholeheartedly believed in…but I doubted whoever was sending me these messages was that intelligent.

They wouldn’t have decided to play with me in the first place if they were. My brothers and I had spent the last week trying to track down the culprit, but whoever it was had covered their tracks too well. I wasn’t concerned though. They would slip up sooner or later.

Dealing with these little gifts first thing in the morning was becoming irksome. Toeing the corpse with the tip of my dress shoe, I wrinkled my nose. As with the others, there was nothing to distinguish who they were. All I could tell was that he was human and male.

The gaping wound at the neck was still leaking, ensuring my rug was well and truly ruined. Satan forbid whoever dumped them in my shop could wait until they finished bleeding out first.

Rubbing a hand over my tired eyes, I decided my guest could wait until I had been sufficiently caffeinated. I trudged to the coffee machine behind the counter and began to whip up a latte, my hands moving through the actions automatically. I’d initially scoffed when my brother, Harlow, had it delivered. After all, I’d survived a millennia without succumbing to such mundane stimulants as coffee to get through my day. I’d left the gargantuan chrome-and-steel beast to collect dust on the shelf.

And that’s exactly what it did—until I brought home two very enthusiastic twinks from The Closet, the club owned by my brother, Mori. Faced with choosing between another round in the sheets or grabbing a few hours’ kip, I made the only sane choice for a demon.

As I’d ushered the boys out my door at sunrise, honeyed lies pouring from my lips—Yes, my darlings. I promise I will call you—I received a message from Mori about a coven of vamps making threats. Suddenly regretting my choices, I turned to Harlow’s gift with a scowl. After watching several YouTube videos, I wrestled the monster into submission and taught myself how to make a semi-palatable coffee. It took several burns to get there, but I was raised on flames hotter than anything that blasted machine could throw at me.

That had been five years ago, and now I was hooked. I couldn’t even fathom starting my day without stopping for a coffee first—dead bodies or not. 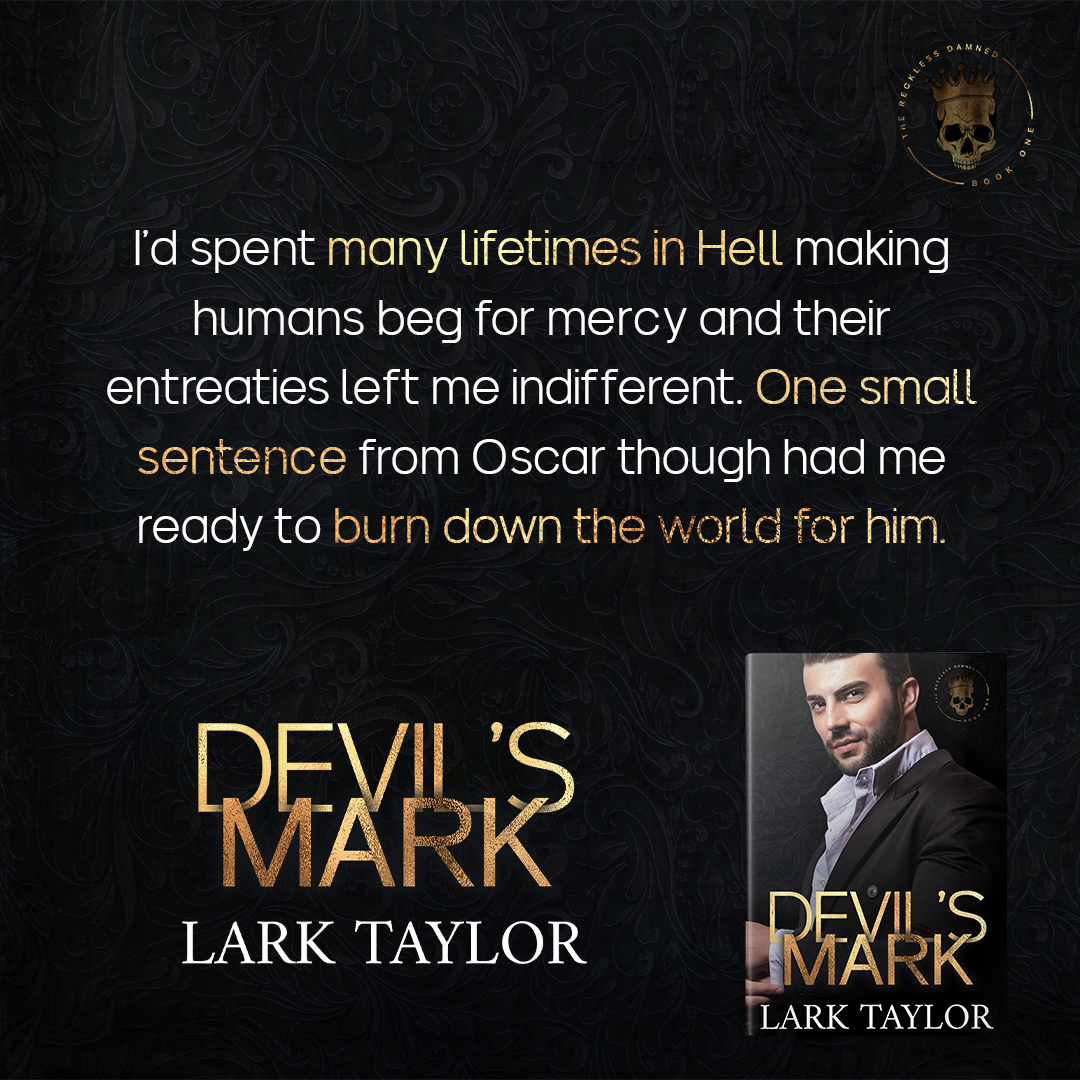 To celebrate Lark’s debut, we’re giving away a $10 Amazon Voucher & an e-copy of Devil’s Mark!
Enter the Rafflecopter giveaway for your chance to win!
A Rafflecopter Giveaway
Direct Link 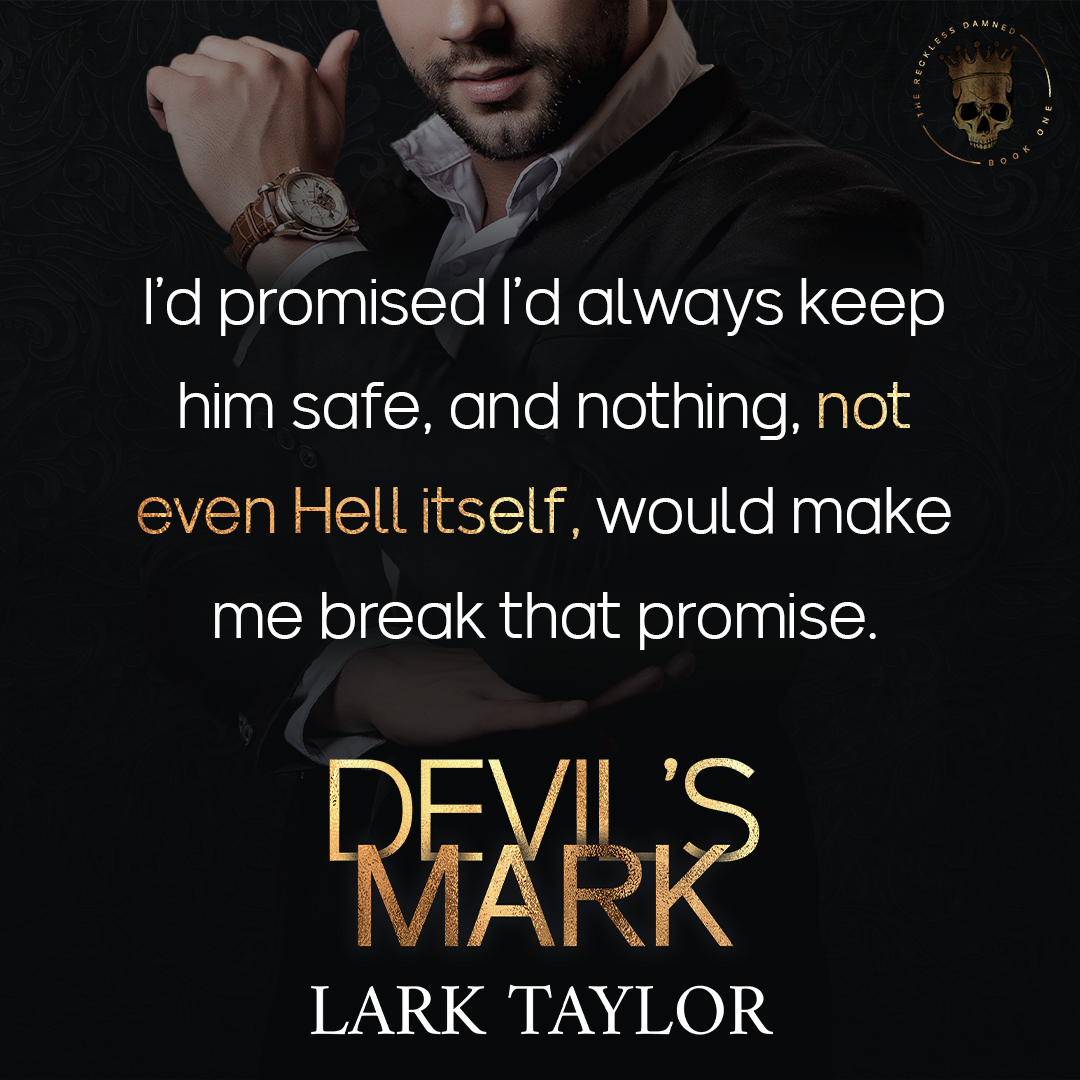 Lark lives with her family in southern England. An obsessive romance fan, she loves nothing more than a Happily Ever After – especially if there’s a good plot and a hefty amount of spice along the way. When she’s not reading or writing, she can be found hiding from adult life in escape rooms, travel, and the MCU. As a Bi woman with OCD, Lark is a fervent supporter of the LGBTQIA+ community and an advocate for mental health awareness and support.

Win an Amazon Card from the Author during the Nightmasters: change of Engagement Book Promotion. @RABTBookTours http://sadiesspotlight.com/giveaway-change-of-engagement/