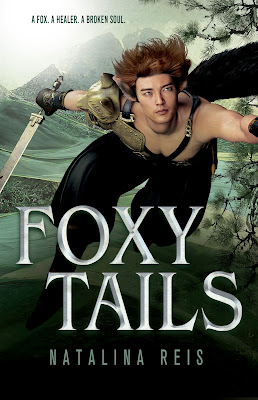 Join a witty fox, a divine healer, and their companions on a voyage filled with danger, magic, romance, and surprises in a world where nothing is what it seems in this stunning MM fantasy romance by best-selling author Natalina Reis.

Unloved and broken, Huli knows nothing but hate. Born a nine-tailed fox in a world that hunts demons like him, he does what he must to survive.

Until the day fate throws him right into the arms of the Healer.

Xiao Ying grew up in a family of divine healers. But when he comes back to find his whole family murdered, he vows to bring them the justice they deserve. Xiao Ying chooses a lonely life, gathering the evidence he needs, and not allowing anything to get in his way.

Until the day his life crosses that of a nine-tailed fox and changes forever.

Brought together by fate and united by love, Huli and Xiao Ying embark on the adventure of a lifetime. One that will either answer all their questions or reveal truths they should’ve left buried. 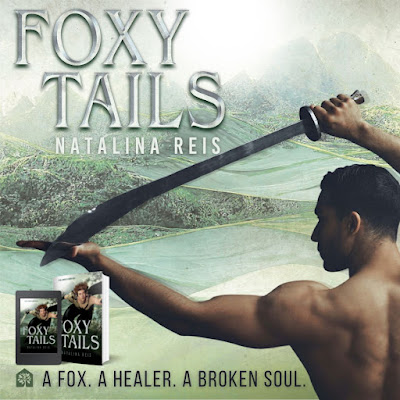 Author of We Will Always Have the Closet, Desert Jewel, and Loved You Always, Natalina wrote her first romance in collaboration with her best friend at the age of 13. Since then she has ventured into other genres, but romance is first and foremost in almost everything she writes.

After earning a degree in tourism and foreign languages, she worked as a tourist guide in her native Portugal for a short time before moving to the United States. She li

ved in three continents and a few islands, and her knack for languages and linguistics led her to a master’s degree in education. She lives in Virginia where she has taught English as a Second Language to elementary school children for more years than she cares to admit.

One Reply to “Cover Reveal: Foxy Tails, by Natalina Reis”