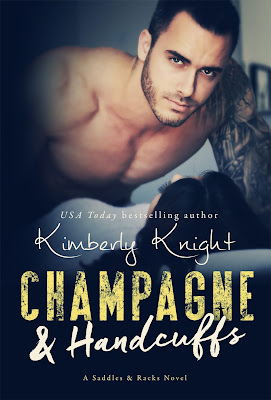 Young love is just the beginning …

Seth McKenna had wanted to be a police officer for as long as he could remember. Protecting people was in his DNA, especially when it came to his two best friends, Joselyn and Catherine. From the moment he laid eyes on Cat, he knew she’d be his one day.

Until one night when everything changed …

It’s rare to find the one you’re meant to be with, especially when you’re only twelve, but when Catherine Stone laid eyes on Seth, she knew it was love. He was always looking out for her during the summers they spent together, keeping other boys in line and just making her laugh. She knew that Seth was supposed to be her forever.

Until one night when heartache became inevitable …

Many years later, Cat and Seth are forced to come face to face when Joss is getting married to the love of her life. Just when everything seems to be going back to the way it was meant to be, the devil has other plans for them, and Seth will be forced to break a few rules to win Cat back …

Because he won’t give her up this time. 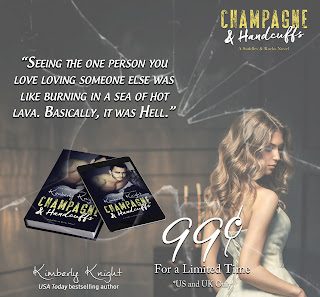 Kimberly Knight is a USA Today Bestselling author who lives in the mountains near a lake in California with her loving husband, who is a great research assistant, and daughter, who keeps Kimberly on her toes. Kimberly writes in a variety of genres including romantic suspense, contemporary romance, erotic romance, and paranormal romance. Her books will make you laugh, cry, swoon, and fall in love before she throws you curve balls you never see coming.
When Kimberly isn’t writing, you can find her watching her favorite reality TV shows, binge-watching true crime documentaries, and going to San Francisco Giants games. She’s also a two-time desmoid tumor/cancer fighter, which has made her stronger and an inspiration to her fans.
Amazon | Goodreads | Facebook | Bookbub | Newsletter | Twitter | Website | Instagram
99 CENTS FOR A LIMITED TIME!

One Reply to “Book Blitz: Champagne & Handcuffs, by Kimberly Knight”