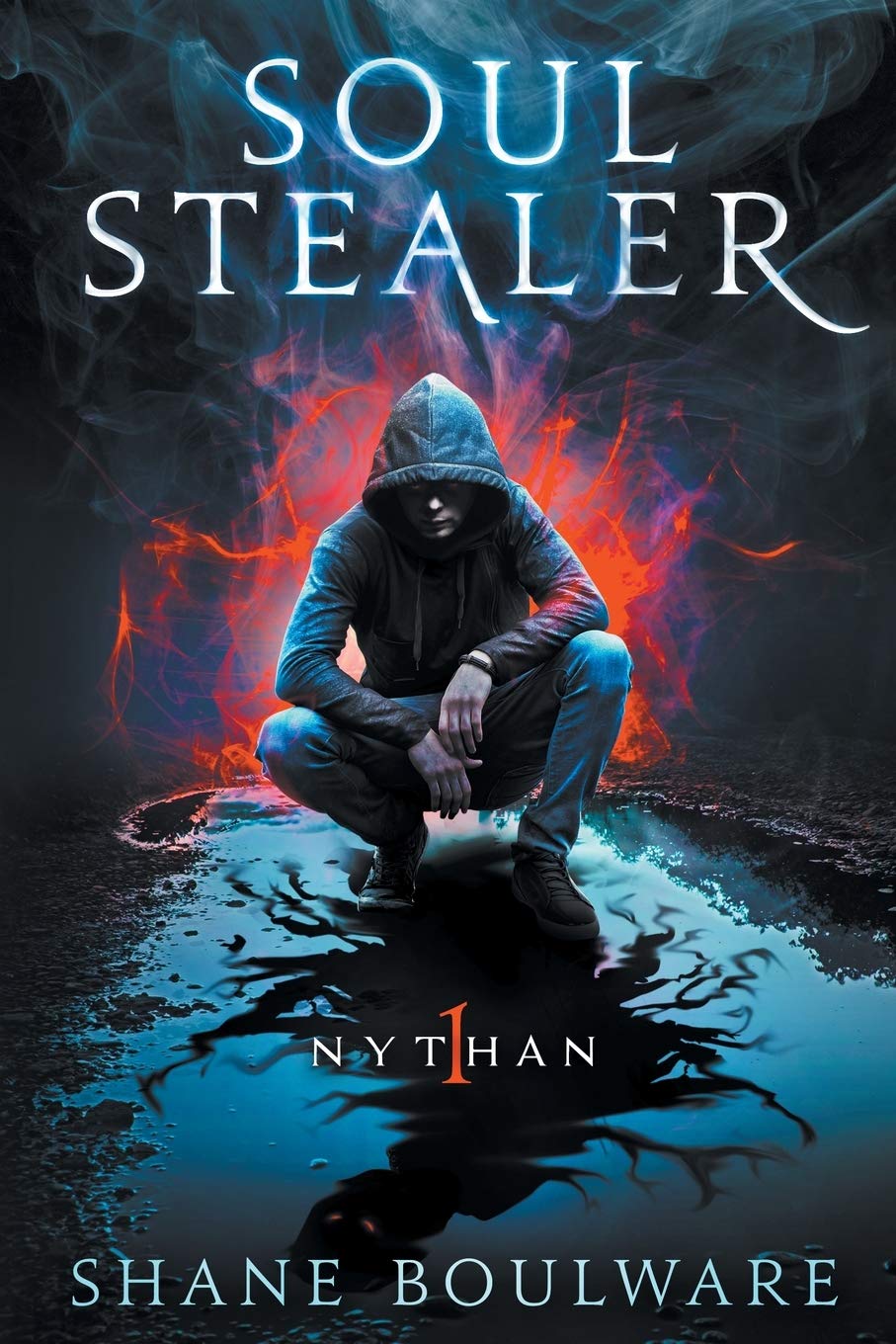 He was looking forward to college…

…but then the worst possible thing happened.

Could Nythan survive the demon inside of him?

College in Florida was supposed to be about the beaches, the girls, and sometimes even a class or two. But the demon inside had one demand. Help it fulfill its quest so the demon might escape. It’s the only way for Nythan to get his life back.

There are just two problems…

And there’s a secret order out to stop him.

They’re called the Ordo Solis, an ancient group whose only mission is to hunt down and destroy the Soulstealer. They’ve been chasing it for thousands of years. It’s in Nythan, and they have no choice.

The host must die.

Caught in the middle, Nythan must come up with a plan.

You’ll love this coming-of-age urban fantasy because it’s an action-packed adventure that will keep you turning the pages.

“Soulstealer is a fast-paced thriller that keptme turning the pages, highly recommended!” – Readers’Favorite, 4 out of 5 stars!

“Fun and fast-paced, SOULSTEALER is a great mixof urban fantasy, fantastical mythos and real world framing” – IndieReader, 3.8out of 5 stars!

“Boulware fleshes out even the most minor ofcharacters, employing dialogue that’s natural and believable” -BlueInkReview

“…looking forward to the Soulstealer’s next chapter”- San Francisco Book Review, 4 out of 5 stars!

“Every element in its right place. A greatcover design” – The BookDesigner

“I implore you lovely readers to get lost in his work” – Red HeadedBook Lover, 5 out of 5 stars!

Shane Boulware is an unconventional idealist from Orlando, Florida. Naturally, he commissioned as a Contracting Officer in the United States Air Force in 2012, where he promptly got tased, was hit with pepper spray, participated in a mock riot, jumped out of an airplane, and lived in a combat zone. These experiences tempered his creative instinct and led him to publish two music albums, found an innovation company, break a Guinness World Record, and learn over sixteen dance styles.

Having grown up a huge fan of Dune, Star Wars, Stargate SG-1, Warhammer 40K, Harry Potter, Avatar: The Last Airbender, and The Lord of the Rings, Shane always wanted to create and share a world of his own. His imagination set him on a path to write the supernatural thriller, Soulstealer, and its sequel, Ordo Solis.

When he’s not negotiating contracts or salsa dancing the night away, you can find Shane taking his creative passion out on an unsuspecting keyboard. If you want to know when his next book will be available, visit his website at ShaneBoulware.com, where you can sign up to receive release updates and join a community of savants, swashbucklers, and nerds.