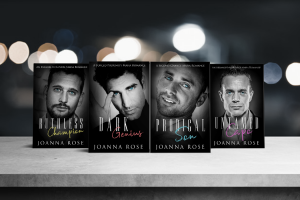 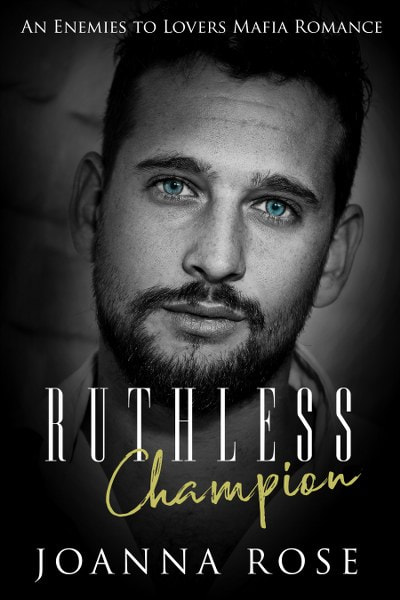 When your college pal gives you a job lead that lands you in the middle of a Mafia turf war and knee-deep in a family of hot-blooded, gorgeous mobsters…

Caitlin needed something to change in her life. College hadn’t worked out, to put it mildly. Her family life was nothing to write home about (if she had a home to begin with). And she had no job prospects, despite being a computer genius. So when her handsome college classmate Enzo Parisi suggested she look into a computer coding job with his family in New York, she decided she had nothing to lose. But she did have something to lose.

She had no idea how much.

Valerio Parisi knew his place in the family. He was the muscle and nobody seemed to expect much more from him. But Valerio wasn’t satisfied with a minor role in his powerful family’s criminal empire. He wanted more. When his Ivy league brother sends a brilliant but quirky woman his way to help with an online betting ring, Valerio figured things would change.

He had no idea how much.

** Ruthless Champion is the 1st book in the Blood and Honor Mafia Romance series. Each book is a stand-alone, with no cliffhanger endings. 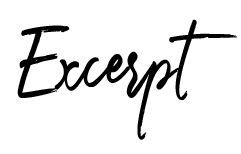 “You better say something. And fast.”
Valerio turned back to his cappuccino for a moment, counting the seconds as the froth passed through his lips, swirled about his tongue, and slid down his throat. No way he could stall for any more time, and now he had to lengthen up the back of his spine and explain himself.
“You know what’s going on,” Valerio started. “The bookies are hungry, but it’s all about doing the online thing.”
“For the bambinos, sure,” Adamo said. “What about everyone else?”
“I… well…”
“Are you going to tell me that someone like Jackie Bendetto suddenly figured out how to place his bets on a computer?”
“Maybe not him, but—”
“But what?”
“He’s got kids, Zio,” Valerio interjected, pushing his cup aside and leaning across the table. Even if a part of him feared his uncle and the power that he still wielded, he also knew that the older man would never harm him. It was not in the code.
Add to that, who was Valerio to conquer online gambling in one fell swoop?
“Kids,” Adamo echoed as he lit a cigar and sucked in deep before letting a thin stream of smoke pass through his lips. “You’re always thinking of something.”
“I’m not thinking it,” Valerio insisted. “If it were up to me, we’d go back to having the guys lined up right here. Placing their bets with us.”
At that, Adamo laughed. What would come next? Would he get angry? Valerio recalled the first time his uncle was outbid on the rowhouse that had always provided him a steady stream of income. Rather than let the earliest outsiders come in and take what was rightfully his, he sent Valerio to torch the place, to send a message, and collect the insurance money. As of late, Adamo was not striking as many matches or pouring as much gasoline. But now there was a glint in his eye, and Valerio sat silently, ready for any set of orders along the lines of destruction and more than prepared to follow them to the letter.
“Can’t beat back progress, Val,” Adamo finally said.
“What?” Valerio asked. What was happening? His uncle was never one to give up the fight while he still had breath in lungs—albeit tinged with tobacco, as he took another puff of his cigar—and motioned toward Junior yet again.
“It gives me no pleasure to say as much,” Adamo continued. “I’m with you, kid. Nothing more I would like than to see things back the way they were.”
“Then let’s make that happen,” Valerio argued.
“How do you propose that we do that?” Adamo challenged.
It was tricky at best. In a perfect world, they would have the power to shut down the sites or at least cut off the power. Anything to bring the gamblers back to brick and mortar and keep them in line.
“I’ve talked to your brother about this,” Adamo said.
“Enzo?” Valerio asked, hearing the surprise in his own voice. So many times, he had dismissed his Ivy League-educated sibling out of habit. Book smart was worlds away from street smart, but even as he completed his degree, Lorenzo knew that he owed the family and Adamo for every chance that came his way in the world.
“He suggested something along the lines of setting up our own… what do you call it? Site?”
Valerio tensed at the direction in which the conversation was heading. Maybe Lorenzo was creative, but Valerio hardly had the time to learn code or whatever the hell was required to beat their new rivals at their own game.
“Zio, I don’t know.”
“I didn’t either,” Adamo admitted as he stamped out his cigar and rubbed a large hand across his face. “To hear Enzo tell it, it was all gibberish. And not at all in your wheelhouse.”
It was a veiled insult. Because Enzo was the “smart one.” Their youngest brother, Frankie, was the charmer who could make friends with the bambinos and keep them in line if the need presented itself. But this was Valerio’s piece of the pie. It wasn’t like the envelope was empty, and he loathed the idea that his territory within the family was about to fly from his hands.
“Val.”
Seeming to sense his nephew’s discomfort, Adamo reached across the table and placed a reassuring hand on his nephew’s shoulder.
“I’d never cut you out,” he swore. “You know that. On his deathbed, I promised your Pop that I’d always look after you boys.”
Valerio nodded and remembered that Adamo was barely twenty-two when he took that vow. Now the older man was nearing forty, and Valerio was only two years away from thirty. In all the years that had passed, Adamo never did him or his brothers wrong.
“What are you planning now, Zio?”
The older man kept his hand on Valerio’s shoulder for another second before pulling his palm away and smoothing his fingers down his slacks as he stood.
“Something that you need to get on board with,” Adamo admitted. Both men looked to a side door as it opened, and Valerio held his breath as a woman emerged.
She was short and curvy with rainbow-colored hair and bespectacled eyes. Her bright blue dress did not mask the tattoos running down her legs, trailing up her arms. On the streets, this would be someone that Valerio would turn away from, lest he have even one more reminder of the ways in which the world was changing. But Adamo beckoned the girl closer and now placed his palm on her shoulder before he spoke.
“Val,” he started, “this is Caitlin.”
The girl raised her hand by way of a wave hello, but Valerio was not put at ease by the gesture, rising from his seat to stare the girl down.
“What the hell is someone like her doing here?” 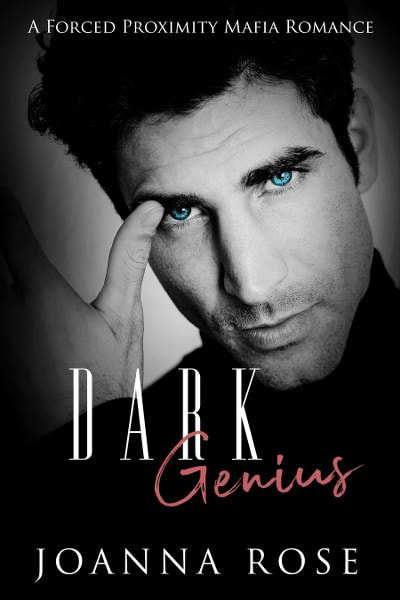 If you can’t stand the heat, stay out of the kitchen…unless you’re the chef facing off with a sexy, dangerous mobster who says he’s “only there to help”

Michelle Moretti was struggling to keep her family’s Italian restaurant afloat after her father’s stroke. As a chef, Michelle kicked ass. As a businesswoman… not so much, and the powerful, brutal crime family looking for its cut wasn’t helping matters. She knew if something didn’t change soon, she would be responsible for the failure of her family’s legacy.

Would the arrival of Lorenzo Parisi, who was known as “the smart one” of the organized crime family’s Parisi brothers, be the change the restaurant needed? Would Lorenzo be the change Michelle needed?

Sparks and bullets alike fly in this suspenseful romance, filled with steamy encounters and plot twists. Dark Genius will leave you breathless.

** Dark Genius is the 2nd book in the Blood and Honor Mafia Romance series. Each book is a stand-alone, with no cliffhanger endings. 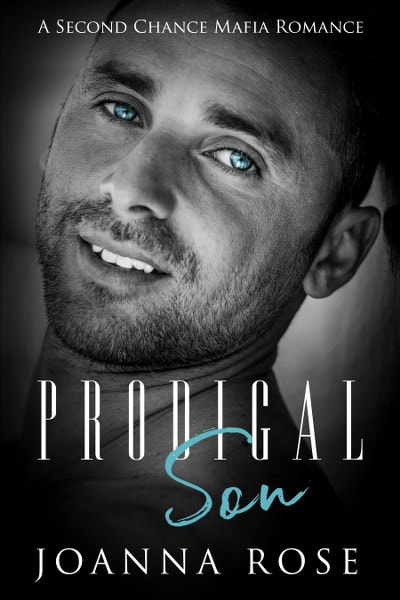 I Swore I Would Never Take Him Back…

Franco Parisi, with those ocean blue eyes, sexy stubble and bewitching smile, is Italian but he wasn’t born here. Not like me, a true Italian who has spent her life in breathtaking Italy. When Franco arrived in my small town to hide out from a dangerous Mafia family problem in the States, I should have stayed away from him.

The nights of delirious passion and promises of forever were all destroyed the second he returned when his family beckoned him back to America.

I am determined to resist his charms this time around

Unfortunately for me, Franco is just as determined to have me back in his arms … and his bed.

PRODIGAL SON is the third book in the BLOOD AND HONOR series by Bestselling Author Joanna Rose. This Second Chance Mafia Romance is a standalone suspense novel, complete with a guaranteed HEA and no cliffhangers. 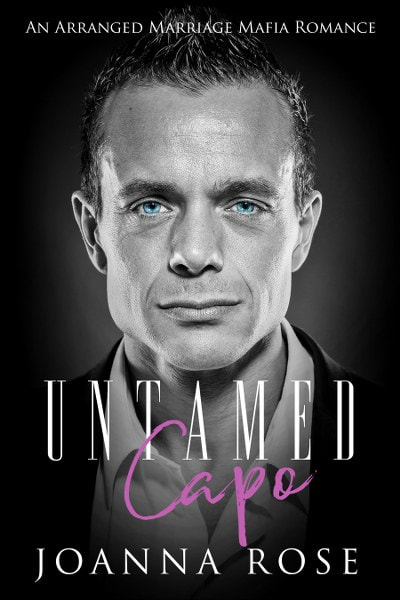 Adamo Parisi, with steel blue eyes and the gravitas befitting a Mafia capo in his forties, was known for being tough.

As in take no prisoners tough.

But when beautiful, young Fiorella arrives from Italy to take her place as his arranged bride, sight unseen, Adamo finds himself struggling to reconcile his old-world notions of marriage with the fiery, sexy and opinionated woman before him.

Fiorella is understandably nervous upon her arrival in America. She has never even set eyes on her husband-to-be and their first meeting is … less than successful. But Adamo awakens something in her-something wild and all-consuming.

All of the odds are against them: his rigid expectations, her inexperience, their age gap and a dangerous clash over mob turf rumbling around them.

Will the electric sexual tension between the two be enough to overcome the odds? Or is this arranged marriage experiment doomed from the start?

UNTAMED CAPO is the fourth book in the BLOOD AND HONOR series by Bestselling Author Joanna Rose. This Arranged Marriage Mafia Romance is a standalone suspense novel, complete with a guaranteed HEA and no cliffhangers.

★★★★★ “I read this through without stopping. I got so wrapped up in their romance. Add a little mystery and danger to the story and you have Only If.”

★★★★★ “Joanna Rose is becoming a one click author and no disappointments!”

★★★★★ “There are so many twists and turns to this story will keep you riveted until the very last page and leave you begging for more.” 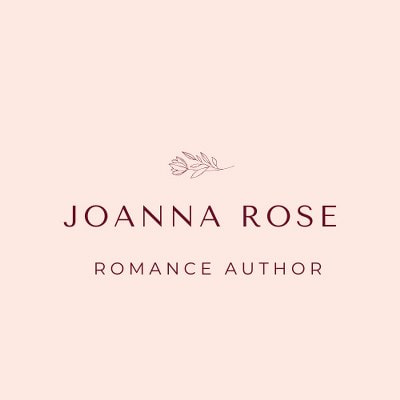 Amazon Bestseller author Joanna Rose has always been a voracious reader so it is no surprise that writing has been one of her passions since the young age of 11. She’s come a long way since then…

Today, her sexy alpha heroes include billionaires, military studs and bad boys. These men are takers: they take charge and always, always take care of their women. These ladies leave satisfied, just like Joanna’s readers.

Joanna’s stories have just the right steaminess level, exciting plots and a guaranteed HEA. What could be better?

When she’s not reading or writing, Joanna loves to spend time with her family, travel, and learn about food and wine. Her experiences, creativity and naughty imagination guarantee a never-ending supply of new material for her readers. 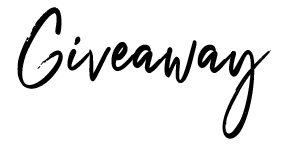