I am thrilled to be hosting a spot on the BLOOD AND FIRE by Kim Mullican Blog Tour hosted by Rockstar Book Tours. Check out my post and make sure to enter the giveaway! 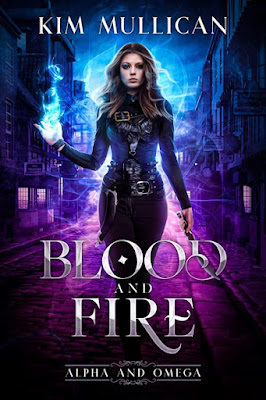 I am Maia Delacroix and I hunt people and relics. My life does not lack excitement or danger. I have it in spades.

Then the Mageri surprised me with an orphan…yes, an orphan. I can’t even keep a house plant alive, let alone a kid. It turns out that I’m her only living relative, and even though we’ve never met, I’m her only hope. Great. Can I feed her after midnight? What does she eat? I have no idea what I’m doing.

They tell me this little witchling will need care for a few years until she comes of age. The bizarre fire leaking out of Elaina’s hands is a pretty good indicator that she is no witch.

Then the coven comes—they want her back. Necromancers show up, turning my vampire friends into enemies. If that isn’t bad enough, I have a demon problem now too.

Join me, and see if we can make it out alive! 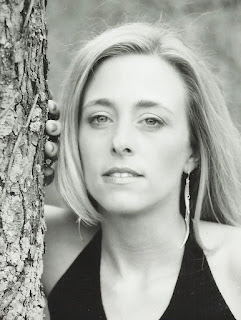 Kim Mullican is an international woman of mystery and mayhem.

As an ex-CIA operative and former Navy Seal, she’s toured the world slaying the doers of dastardly deeds. Following her brief time with the government, she pursued a lucrative career as a full-time stand-up comic and part-time assassin. Bored with that endeavor she applied to be a ninja but was turned down due to her overall paleness and lack of athleticism.
This fallacious bio must be forgiven, of course. Because she’s actually a fictional author with a wild imagination.  In reality, she writes, farms, and ingests copious amounts of Starbucks…brewed at the home of course. Five bucks for a cup of joe…fucking not!

1 Winner will receive a Kindle with built in light, US Only.