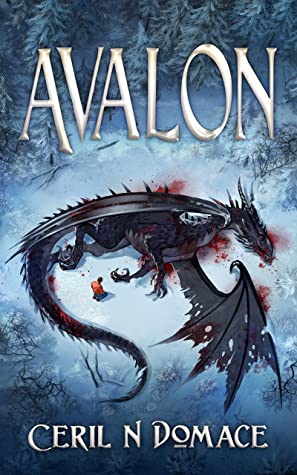 The fae are on the brink of war.

It’s been nearly a year since the Battle of Tearmann. With their last legitimate trade routes cut off, the fae increasingly rely on the Corps away teams to get essential supplies. Owen Williams, now a Corps member, has spent the last ten months running the border to get the haven what it needs to survive. But his last mission nearly killed him and his decision to join the corps threatened his fragile relationship with his family—a relationship that was already stressed to the breaking point by his son’s death.

But after Percill, a battleborn vampire, reveals the location of a group of the fae captives, the corps leadership makes it clear that there isn’t much they won’t do to rescue them. When Percill refuses to say more without a guarantee that Owen will be on the team that rescues them, Owen agrees even though going on this mission could shatter what’s left of his family.

Success means he gets to retire a hero and go home to his family. However, failure wouldn’t just risk the captives, but could end with him held alongside them and separated from his family forever.

The Fae Queen’s Court series is the lovechild of one too many late night wikipedia binges about de-extinction and old Scottish legends about fairies marrying humans and having kids with them.

The idea seized me to write a story where fairies were the extinct species brought back to life via their descendants. From there, my fondness for realism took place and before I know it I’d designed 12 unique species and a culture to go alongside them. Owen and his family came from the desire to have a MC who was a stranger to this world but really doesn’t have a choice about getting involved in it. The kids make excellent tools to get world-building across in a natural sounding way because OF COURSE they want to know how dragons fly and why the fae hide in their havens despite winning the fae war. Avalon, being the second book in the series, was the result of Owen getting connected into that world. The whole ploy hinged on the rescue attempt from the very beginning and earlier, when I was finishing the first book in this series. Owen’s committed to the fae now and he’s going to do what he can to create a safer world for his family.
2. What, if anything, did you learn when writing the book?
Writing Avalon taught me how to walk the fine line between trusting my readers to remember things from book one and making sure to explain things well enough that someone walking into the series without reading the first book wouldn’t be completely lost. With a year between publications, people are going to forget some of the finer details and I needed to remind them subtly about things that happened.
3. What surprised you the most in writing it?
I thought I had my character arcs down when I first started drafting, but as I went I discovered that my expectations were a little bit off. Tiffany was originally supposed to be a lot more aggressive, but it always felt like forced conflict. Calming her down let me show how she’s grieving too and how Owen being away on missions all the time is hurting her and the kids. Percill was another surprise. He was always a massive slimebag, but it shocked me how much fun he was to write. He’s creepy and unsettling, but he’s also committed and walks the edge of heroism and villainy.
4. If it’s not a spoiler, what does the title mean?
I can’t say too much about the title without giving away spoilers, but Avalon follows the series theme of the titles being a place and a concept throughout the story. Haven referred to the fae havens and Owen’s search for a safe place for his family just as the series title, the Fae Queen’s Court, refers to both the center of power in Tearmann and Owen getting caught up in the power struggles there. As for Avalon… well, what is Avalon? A refuge but also a prison for someone who can’t be released until the time is right.
5. Were any of the characters inspired by real people? If so, do they know?
I’ve based a number of my characters on real people. Owen is 100% based on my Dad and he knows but he’s less than enthused about it, especially when the extended family points it out right away. Ashwind is based on the father of one of my close friends and one of my favorite people. Believe it or not, I actually had to tone him down or else he wouldn’t sound believable. The real Ashwind could absolutely rebuild society by himself if it came down to it. He also knows and thinks it’s funny, but is glad I agreed to change the name. Beyond that, I’ve based many minor characters on people I know, which helps make them feel more real. Of course, I also tell them not to read too deeply into their cameos because for me it’s more important for each character to fulfill my purpose for them than to get my friends and family down exactly.
6. Do you consider the book to have a lesson or moral?
The major lesson I feel Owen and subsequently the reader learns is that sometimes you have to do things you don’t want to do because they’re the right thing to do.
7. What is your favorite part of the book?
The last six chapters of Avalon are some of the best things I’ve ever written, if I say so myself. Whenever I had to edit them I always had to remind myself to stop instead of reading all the way through to the end again.
8. Which character was most challenging to create? Why?
Of the new characters, Percill was the hardest balance to strike. I needed him to be absolutely creepy, but I didn’t want to lean into any negative stereotypes so I had to do a lot of research. I love what came out though, he’s so viscerally slimy. Beyond him, portraying how each of the Williams had been changed by grief and the events of Haven were very important to me. For a while my open tabs read like a childhood psych major working on their final paper, lol.
9. What are your immediate future plans?

For now I’m editing the third book in the Fae Queen’s Court series, which picks up not long after the events of Avalon and should launch about a year from now. I’m also drafting a gaslamp fantasy about flying islands and pirates hired to recover a dragon’s stolen property from an unscrupulous merchant. I’m having a fantastic time with both! 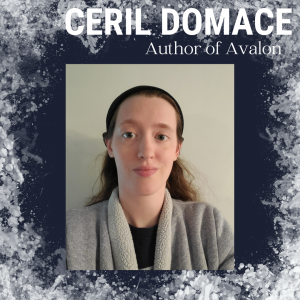 Ceril N Domace is an accountant, the owner of a cat with more zooms than brain cells, and a dedicated dungeon master.  As a lover of fiction works great and small, Ceril has been reading age-inappropriate stories since her father failed to pull The Silmarillion from her grubby little fingers at age five. As a grown-up accountant, her spreadsheet compiling gives her plenty of time to make plans for a fantastic world that isn’t plagued by balance sheets . . . and also has dragons.  On the rare occasions she manages to free herself from an ever-growing and complex web of TTRPG, Ceril enjoys taking walks and griping that all her hobbies are work in disguise.

One Reply to “Spotlight & Author Interview: Avalon, by Ceril Domace”