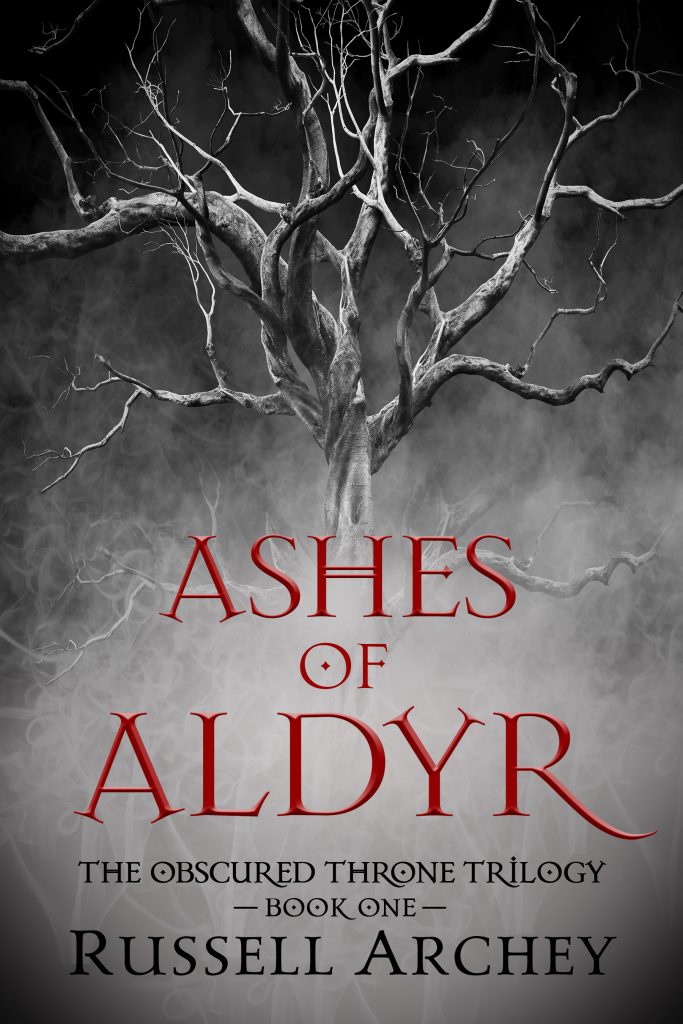 The world of Alda is broken, destroyed by an event the survivors call “The Rupture.” The aldyrs, magical trees connected to the soul of the world and once grew in breathtaking groves, are dead. Elf-kind, who shared a close bond with these trees, are dying off due to shortened life-spans as a result. The dwarves have retreated into their mountain homes. Humans gather in crumbling settlements. Sinister, god-like beings, each uniquely horrific, exert their influences over the world. Each story is a different thread forming a larger tapestry that shows the scope of the horror and insanity brought by the elusive and mind-numbing entity known as the Obscured Throne. The world was once saved from this threat and Alda was hidden and sealed away. Now, an ancient and shadowy cult called the Black Gnarl have broken enough seals to expose Alda to the Obscured Throne…and It’s coming.

I placed my quill to the side, near the inkwell, and turned to face her. I always had to steel myself for this. Her dark skin and captivating eyes always turned my well-meaning words into nonsense. I suppose this made me look quite aloof or even cross, but it was far better than to reveal the clumsy, foolish truth. The question of what she wanted from the restricted section immediately began teasing my higher reasoning skills.

Admittedly, much of the restricted section was limited to the mundane. Many books of recorded history and bureaucratic archives that had yet to be copied for posterity and preservation comprised the bulk of the selection. Scrolls of personal information regarding merchant sales and noble lineages filled in the gaps. However, there were a few volumes of ill repute that gave the restricted section its air of forbidding allure. I’d seen books detailing the Fourth Sect: the magic of death, necromantic practices, and disreputable alchemical applications. Their bindings were sealed with small locks that only Chronicler Germanius himself could access.

I wanted to take my love for fantasy and cosmic horror and combine them into something interesting. The biggest challenge was the fact that fantasy worlds are already filled with monsters and magic and seemingly unbeatable odds, but that was where I could take the opportunity to really push the cosmic horror into something truly terrifying for the inhabitants of a fantasy world.

How to keep a story together when you’re still writing from many different perspectives and locations. Most readers enjoy it, some don’t, but it was a fun challenge and provides what I think is the best way to tell this story.

How much can happen in just a short story, especially when you’re a pantser. My characters and events just kept wanting to go on! I’d be writing what I think will be a short 4,000 to 5,000 word story and it winds up as twice that.

Well, if I said that it would give away a huge plot detail! Just check out the story named after the book itself…

Not in this title, but that would be a good thing given the cosmic horror aspect!

Not this time. This book is here to tell a good, scary set of stories and build a world around them.

I think the events of A Garden Sweet and Sanguine and Ashes of Aldyr (named after the title) have some of my favorite moments in them. The lead character in Garden is also one of the most complex, as well, in my opinion.

Countess Nyall, the Lady of the Tower, was difficult to write around as her story was an idea I had that I molded into the fabric of the overall narrative to tell a slice of life story within this setting. She’s fairly flat, on purpose, but there’s a little bit there toward the end of her story that gives a touch of depth. I wouldn’t usually center a story around a flat character, but there was purpose around it all that can be seen as the story develops.

I’m actively writing the next book in this trilogy: Ghosts of Alda!

Fantasy and horror have always been Russell’s preferred genres. Some of his favorite stories often combine them–and the grittier the better. His eclectic tastes in this genre originated when he discovered Lovecraft’s stories of beings so vast and incomprehensible that just thinking about them will melt your brain. Later, he would discover the more sinister but equally unfathomable creations of Laird Barron and, combined, these two influences would create Russell’s desire to fashion his own story of cosmic horrors, but with a fantasy flair. Fantasy often holds many horrific aspects of its own, but Russell enjoys finding ways to take those facets and run with them. 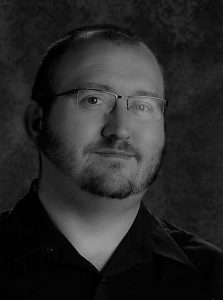 Enter to win a $25 Amazon/BN GC -a Rafflecopter giveaway