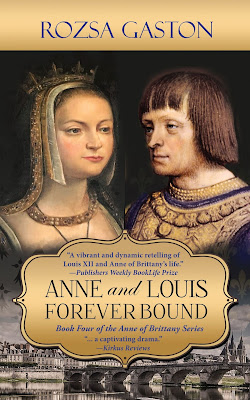 Rozsa Gaston writes playful books on serious matters, including the struggles women face to get what they want out of life. She studied European history at Yale, and received her Master’s degree in international affairs from Columbia University. In between, Gaston worked as a singer/pianist all over the world. She lives in Bronxville, NY with her family.
Gaston is currently working on Anne and Louis: Middle Years, Book Three of the Anne of Brittany Series, a fictional account of the life of Anne of Brittany, Queen of France, during the middle years of her second marriage from 1499-1514 to Louis XII, King of France. Her other books include Sense of Touch: Love and Duty at Anne of Brittany’s Court, Budapest Romance, Dog Sitters, Paris Adieu, Black is Not a Color, and Running from Love.
Author Links:
Amazon | Facebook | Twitter | Web
Goodreads | Instagram | Bookbub
NOW AVAILABLE FOR PRE-ORDER! 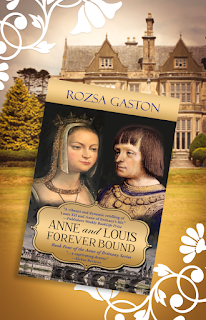 One Reply to “Book Blitz – Anne and Louis: Forever Bound, by Rozsa Gaston”