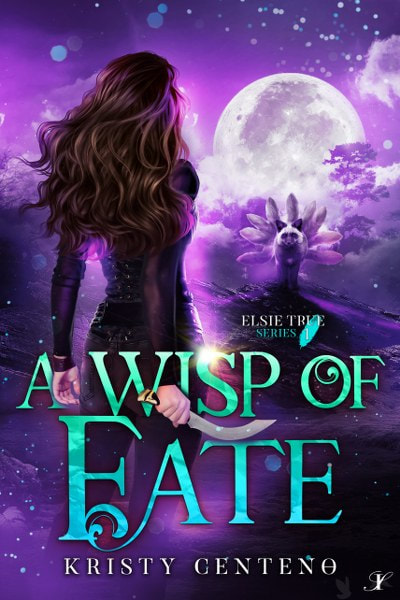 Elsie True lives with only one goal in mind …
… to avenge her father’s death.
Branded a traitor among the brotherhood of the Cause, an organization dedicated to the destruction of all magical creatures, her father was unjustly murdered for falling in love with a celestial being, leaving a teenage Elsie to learn the creature-hunting business with the help of her father’s old friend.
Her life revolves around besting the Cause and keeping the world safe from any creatures that get out of hand. When her mentor signs her up for another case, she jumps at the opportunity to steer business away from the corrupt organization.
Not long into the investigation, she realizes she might have walked right into a setup, including coming face-to-face with a creature she doesn’t know if she should kill or protect.
Elsie feared little in life, but she isn’t prepared to face the demons of her past, especially those hell-bent on killing her. Outwitting her enemies means solving the case, but in a world where she has more foes than friends, who can she trust?
Add to Goodreads
Amazon * Apple * Kobo

The oracle’s gaze settled on the cloth in her palm. She furrowed her brow in response to what Elsie was offering her.

“What is that you ask of the gods, Elsie True?”

“Can they tell me where I can find the object stolen from the shifter monk monastery? Where do I begin my search?”

“Are you sure you wish to ask the gods for help?”

Elsie blew air out via her nostrils. The gods hadn’t answered her appeals in years, but this time things were different. Things seemed different.

Renounced by the gods, abandoned by her mother’s brethren, she had been deemed unworthy to receive advice from whatever ruling body still made a half-assed attempt at pleasing underlings with answers borne of pity.

Elsie’s human blood had branded her a disgrace among all creatures of magical descent. So, she wasn’t expecting much in terms of answers of whatever god was listening, if any at all, but a tiny part of her hoped that not every god saw her as a nuisance or a disgrace. She wanted to believe at least one viewed her as equal—farfetched as the likelihood for that was

Kristy Centeno loves to spin tales of creatures that go bump in the night, with a sprinkle of romance to top them off. Her passion for writing stems from a lifelong enjoyment of reading and the pleasure derived from the magical worlds created by authors like her. She prefers her female leads strong, independent, and stubborn who will stop at nothing to save their loved ones and protect those they care for.

Kristy currently resides in Pennsylvania with her five kids, a quartet of noisy parakeets, and a spoiled puppy. When she is not working or writing, she juggles her free time between raising a handful of minions and pursuing other career goals.

2 Replies to “Spotlight & Excerpt: A Wisp of Fate + Giveaway”