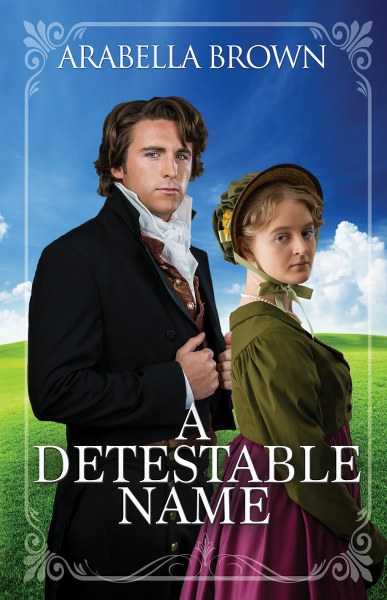 Pitchforked into the title by his brother’s death, the new Lord Newsam arrives at the grim family home in Yorkshire to face daunting challenges. His peevish, self-absorbed mother despises him. The servants are insubordinate. He hardly knows his sisters, for whom he’s expected to find husbands. The estate is ill-run and unprofitable, and the bailiff obstructive. And in the midst of all this, he must find a wife for himself – but the only woman he wants won’t have him.
To widowed, impoverished Mary Thorpe, the very name of Newsam is detestable: his brother drove her husband to suicide and made her a social outcast. But Lord Newsam insists on rescuing her from penury. The shocking realisation that she is falling in love with him in spite of herself makes her situation even more complicated. How can she let him ruin his own family’s reputation by marrying her? There seems to be no solution – until every objection is swept away by a ball nobody wants to attend and a startling discovery on their return.
Goodreads * Amazon

Mrs. Thorpe sobered. “My lord, I have no wish to ruin this wonderful day, but you must not persist in this familiarity. No other relationship is possible. I assure you I am perfectly adamant, for your sake and for the sake of Gomersall.” She forced a smile. “But I have not had so lighthearted a time since I cannot remember when! And for that, I do say ‘thank you’, my very good friend.”
She gave him both her hands; he took them for only a moment, though it seemed to her he would have liked to have held them for longer; and then, saying nothing, he returned to the tilbury and drove back to the Hall.
He was met at the door by Badger, who approached him with the disdainful look that Lord Newsam was convinced he reserved exclusively for him.
“My lord, Lady Newsam and Miss Newsam desire your presence in my lady’s parlour with the utmost celerity,” he announced in the pompous tone that always irritated Lord Newsam.
“All right,” said Lord Newsam briefly, and went upstairs. “Did you want me, Mama?” he asked mildly as he entered. He observed that Lady Newsam appeared to be in a state of prostration, lying on the couch while Amelia offered her occasional sniffs at the vinaigrette and fanned her face. Charlotte was absent.
“Granville! At last!” his mother exclaimed feebly. “Amelia will tell you what has occurred!”
The memory of the pleasurable day he had spent away from Gomersall only exacerbated Lord Newsam’s vexation at being confronted by difficulties the instant he returned. “Great heavens, not another domestic crisis!” he exclaimed uncharitably.
“I am so sorry, Granville, I am afraid it is!” said Amelia regretfully. “It is Charlotte, you see! For some reason she has been down in the kitchens – I cannot imagine what has attracted her; she has never displayed any interest in them before! – and she seems to have been poking around and asking questions and Philippe – the cook, you know! – has taken offence – he is always temperamental and I have often had to mollify him – I am sure it is a consequence of his being a Comte in exile – and he has given notice, and nothing I say will change his mind!”
“Let him go, then!” said Lord Newsam shortly.
Lady Newsam gave a piteous moan. Amelia said, “Nobody has ever suited Mama half so well! He knows just how to please her!”
“Let Badger try to persuade him, then!” said her brother.
Amelia shook her head. “He considers Badger his inferior,” she informed him discouragingly. “Granville, you are the court of last resort! Do, please, try!” she implored.
Lord Newsam acceded with an ill grace and ordered the cook to attend him in his office. Not long afterwards, Philippe entered, a weedy individual with an air of offended self-consequence.
“I understand that you have given notice,” said Lord Newsam indifferently.
“Oui! I ‘ave been insult’ more zan ‘uman can bear!” Philippe averred. “I leave at ze week end!”
“All right,” said Lord Newsam.
The cook stared at him, dumfounded. “I am leave’!” he reiterated.
“You need not wait until the weekend; you may go now,” Lord Newsam offered helpfully. “I shall get the cook in from the Dower House.”
“What! A mere wooman in ze Gomersall kitchen!” exclaimed Philippe in horror. “Zis cannot be!”
“Well, we must eat,” Lord Newsam pointed out practically. “And I am not particular about my food, in any case.”
“But Madame! She will wizzer away!”
“Not at all; she will learn to do without the dainties you provide: that is all.” Lord Newsam remained unmoved.
“Non! You are torture’ your own muzzer! She tell me all ze time ‘ow she love my cooking! You ‘ave no feeling, milor’!”
“Granted, I have no sympathy for her delicate palate!” agreed Lord Newsam. “But it is you who have no feeling, deserting my mother over some silly nonsense!”
“Silly nonsense! When Miss Charlotte, she come ask’ question – where I get zis? ‘ow I make zat? – I am not good enough? I am good enough for Madame but not good enough for Mademoiselle?” explained Philippe indignantly. “Is zis ‘ow I am treat’?”
“Has it not occurred to you that she was not criticising, she was asking to learn? And asking the greatest expert she knew? And for this you wish to give notice?” Lord Newsam made a shooing motion. “Go, then, if you cannot even understand the greatest compliment of all!”
The cook stood silent. He was not accustomed to thinking further than the week’s menus, and this complex philosophical point came close to evading him. At length, however, he grasped the issue. “She wish me to teach ‘er?” he asked, his eyes lighting. “Ze noble Mademoiselle a student of Philippe? Ciel! Why she not say before? But of course!”
Lord Newsam held up a finger. “Only one day a week! She has many other duties!” He could visualise the cook demanding Charlotte at all hours of the day; the man was capable of it.
“Ah, oui!” responded the cook, only a little disappointed. “One day a week, I teach Mademoiselle to cook comme des anges!” He departed borne upon clouds of imagined glory. 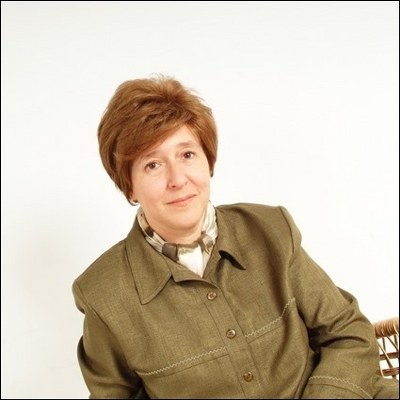 Although she now lives in the U.K., Arabella Brown grew up in a small U.S. town. She spent most of her youth in the local Carnegie Public Library (thank you, Mr. Carnegie!), where she learned that intensive reading does more to broaden your horizons than school does. She still reads voraciously and her house is lined with thousands of books. Despite her emphasis on meticulous research, it’s the plot and the characters she particularly loves to create. She enjoys Jane Austen’s and Georgette Heyer’s novels and wishes there were more of them.
Under another name, Ms Brown has published a number of novels set in periods ranging from the 12th century to the 1960’s. This is her first Regency.
Facebook