I think this could be author’s grocery list and I would still buy it just for the cover! Thankfully, there’s a amazing story beneath it. Read on for more details about Queen and Conqueror by Isabelle Olmo!

How does one conquer a kingdom without spilling blood? You offer your hand in marriage to the king who killed your husband.

Almira’s father raised her in political cunning. Since childhood, she’s prepared for this moment. She lays out the players one by one like pieces on a board.

One. King Alton, the brother-killer. The spare heir who killed his brother for the throne.

Two. The perfect seamstress. The people must admire a queen and welcome her with open arms even when she arrives with a deadly armada behind her.

Three. The Queen’s Red Guard. These warrior women have one purpose; to protect the queen at all costs. Even from her husband. Even from herself.

Queen & Conqueror is the first book in an epic feminist fantasy series told from the perspective of the women who rule and shape the future.

“Men will never be ready for women like us and it is not our job to ready them.”

He cleared his throat. “The High Lord seeks aid from Istok. Your native country hasn’t been plagued with war like we have. Perhaps if your father–“

“Istok did not begin a war. My father will not risk Istokian lives because my husband has a vendetta against a king that toys with our Suidian forces. We should retreat and regroup. Sit with King Alton and negotiate,” she said with a steady voice.

She surprised herself. She’d never challenged a messenger as such. But she was damn tired of sitting like a protected porcelain plate, while the world crumbled.

He looked at her incredulously. “My lady, forgive me, but shouldn’t you let your father decide that?”

His words filled Almira with sudden anger, but she controlled and subdued it. She moved slowly as she stood and faced the captain. He was a large man, and she was small even for a woman. That mattered little.

“Captain, your job is to deliver news of the front. You’ve done that. But to presume I would take advice on state matters from you is insulting.”

He stepped forward and opened his mouth.

“Apology accepted,” she said and raked him over in disapproval. “You didn’t mean to insinuate anything. You have, after all, the utmost respect for my house. However, you will deliver a message from me, captain. Each day I sit in this room while my husband fights a war that drags on and continues killing our soldiers. Each day more lives are lost. At first it was fifty. Now, you tell me 2,000. Inform High Lord Edgar that I want the number.”

He blustered. “The number?”

“Yes. I want the number.” She pressed her index finger against the map. “I want the exact number of deaths we must reach to determine this cause is folly. It’ll give me something to look forward to while I practice my half-stitch.”

She sat and pushed her dinner plate away with disgust. The time had finally come for her value to be placed on the table. Even at a young age she knew he married her because of her connections to Istok. Her father wisely kept their country out of the squabbles and in the years since the war started, her home country grew rich with trade.

Clearly astounded at being addressed in such a manner, he left. Not before his helmet slipped and rolled about on the stone floor. It caused a great deal of noise. He rushed after it, while the women watched the display.

Isabelle Olmo was born in San Juan, Puerto Rico and was raised on a steady diet of 80’s fantasy films and Sweet Valley High. Her love of literature was developed at an early age when her grandmother gifted her a poetry collection. Queen & Conqueror will be her first published novel.

She graduated with a degree in English Literature and a minor in Political Science from the University of Central Florida.

When she’s not writing she loves to travel, cook, and drink wine. One day she hopes to live in Barcelona, her favorite city in the world. 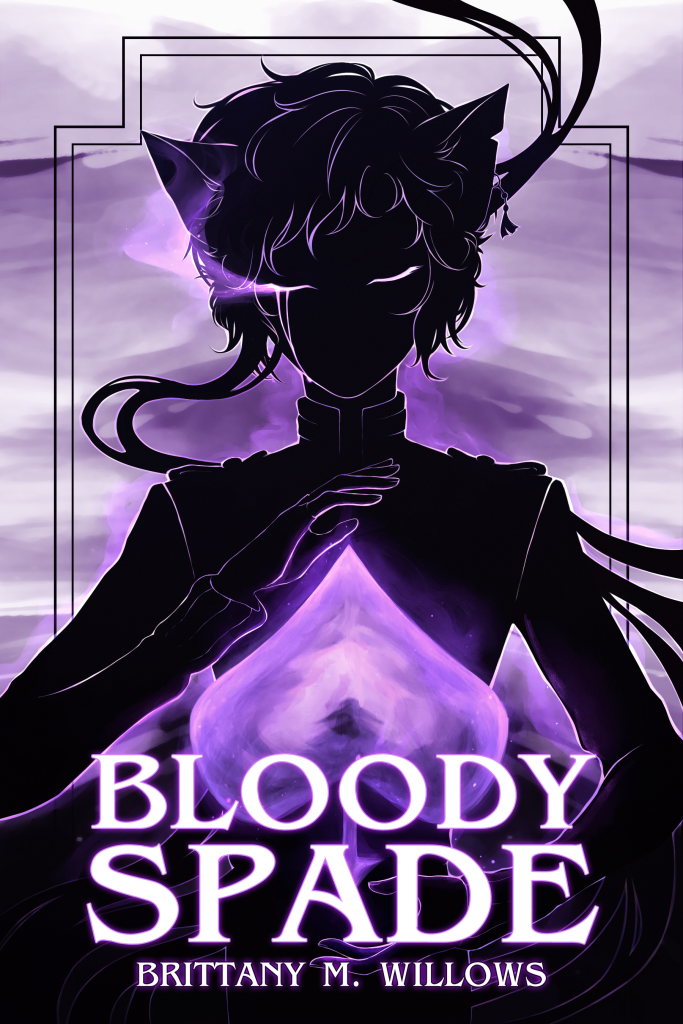 In a world where magic has come roaring back from myth to reality, a snarky cat-eared thief touched by darkness falls into the care of a softhearted girl with the power to cleanse him—but there’s a catch, and something sinister is brewing on the horizon. The question is: can they get to the bottom of it while navigating his untamed magic, her hotheaded brother, and the feelings they’re developing for each other? 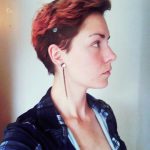 Brittany M. Willows is a bisexual/asexual author and digital artist living in rural Ontario, Canada. Inspired initially by video games and the stories they told, she began building her own fictional universes at a young age and has no plans of stopping any time soon. When she’s not writing about post-apocalyptic lands, wild magic, and people gallivanting through the stars, she can be found hunched over a tablet drawing the very same things. 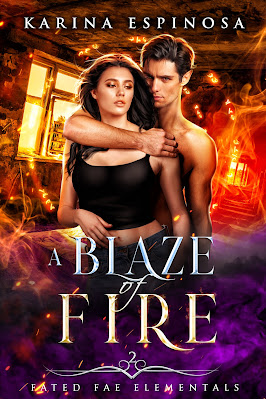 Blurb:
To protect the ones you love, who would you be willing to become?

Striking a deal with Alec, an Unseelie High Fae, I agree to follow him to the Fae realm and seek sanctuary in the Unseelie Court. Staying hidden in the human realm is no longer an option if I want to keep Ansel and my mother safe. But revealing my identity came with a whole host of problems.

As the carrier of the orb, I have the power of all of the elements, except they’ve been dormant for twenty-five years. The Unseelie King is anxious for me to learn how to use my powers, but when I learn an ability that should be impossible, I’m no longer the safest person in the Unseelie Court.

Tensions rise as I’m separated from Ansel and grow closer to Alec. Is anyone really as good as they say they are? Or are they all just as bad? 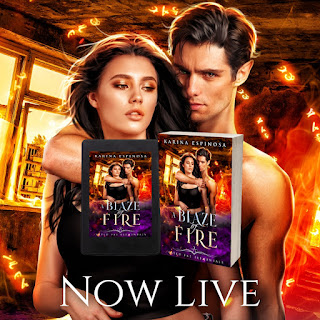 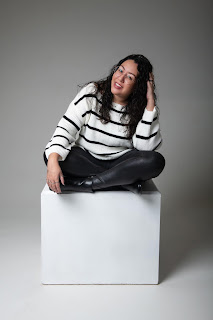 Karina Espinosa is the Urban Fantasy Author of the Mackenzie Grey novels and The Last Valkyrie series. An avid reader throughout her life, the world of Urban Fantasy easily became an obsession that turned into a passion for writing strong leading characters with authentic story arcs. When she isn’t writing badass heroines, you can find this self-proclaimed nomad in her South Florida home binge watching the latest series on Netflix or traveling far and wide for the latest inspiration for her books. Follow her on social media!
Author Links:
Web | Amazon | Goodreads | Facebook | Twitter
Reader Group | Instagram | Bookbub | TikTok
NOW LIVE! 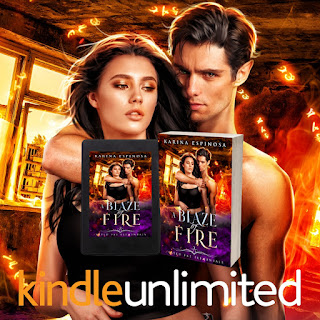