Welcome the book tour for the second installment in the Endymion College trilogy, A Study in Survival by W.H. Lockwood!

Winter at Endymion College should mean only good things for Anna James: books, best friends, and studying Gothic Literature under the most handsome professor Anna has ever laid eyes on. Unfortunately, just as she prepares to relax and enjoy her very hard-earned place at this coveted university, an impossibly dashing stranger arrives to turn everything upside down.

Suddenly, Anna finds herself caught in a life-or-death struggle against a fiendish new supernatural assailant, and with explosive revelations and closely held secrets forced out into the open, a tragic history comes back to haunt Anna and her friends.

Knife skills and friendships will be put to the test as enemies, both human and paranormal, work to destroy everything Anna has fought to build.

Can Anna get to the bottom of her haunted apartment mystery and resist the eerily familiar charms of a gorgeous new interloper, all while trying to keep herself and her friends alive? Or will she and those she holds dearest be torn apart by a new kind of evil?

Equally as gothic, just as romantic, even more dangerous, packed full of ghost stuff and demon stuff, Endymion College 2: A Study in Survival is the inappropriately-amusing, cosy-horror sequel you’ve been waiting for. It’s time to enrol. 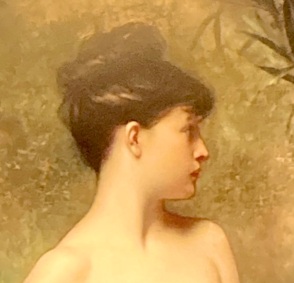 Raised on a diet of Point books and Pepsi, only willing to leave her den to attend chess club at public school, W.H. Lockwood started writing at a young age and has kept this passion throughout her life.

Always a voracious reader, she obtained an undergraduate degree in literary studies from a gorgeous sandstone university, following that with a master’s degree in publishing and editing, then another master’s degree in astronomy, thus uniting her two great loves of the arts and science, leaving her utterly unqualified to cope with the real world.

These days, W.H. Lockwood works as a professional editor and can often be found aimlessly wandering through the coffee shops and bookstores of the beautiful city she calls home.

PREORDER NOW
AMAZON UK / CA / AU
Author Bio
V.T. Do grew up in beautiful Colorado with words on her mind and dreams in her eyes. Writing has always been the best way for her to express herself, and she has been doing that for as long as she can remember. When she’s not writing, you can find her talking to herself, daydreaming, hunting magical creatures, and reading. She is the author of The Young and the Sinner, book 1 of the Entangled Past Series, Dirty Professor, book 1 of the Dirty series, and The Mess You Left Behind, an enemies-to-lovers romance, now available on Amazon’s Kindle. 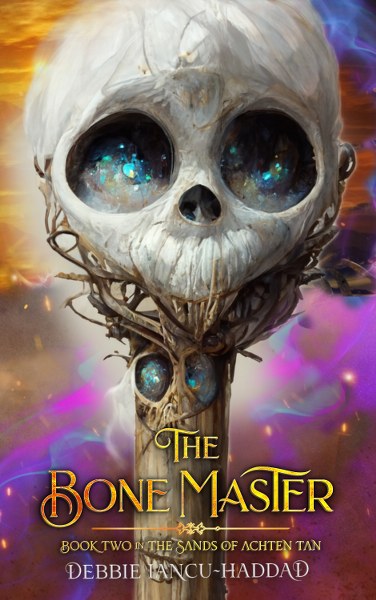 Book Two of The Sands of Achten Tan

Kaii Haku has lived his whole life in the shadow of his cruel father’s magic.
Rebelling against his father- the Bone Master- by drinking and sleeping around was Kaii’s main occupation for years.

But when one of his best friends is kidnapped by pirates, Kaii embarks on a perilous rescue mission with two retired pleasure house workers, a shy teen bookworm, and a feisty girl from the pirate crew.
The journey will take Kaii and his allies far from Achten Tan, to a sea ruled by dangerous conditions and ships that travel on the backs of monsters.

For the first time in his life, he has the power to make a difference, but if he wields his emerging bone magic to save the girl he loves, he risks losing himself and becoming like his father – a man who tried to kill him. 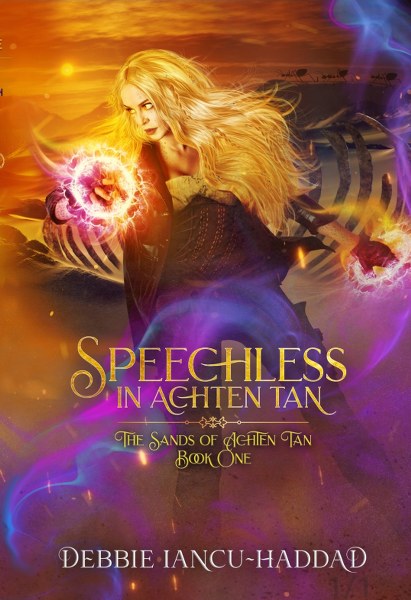 Book 1 In The Sands of Achten Tan

Mila hasn’t spoken in the five years since she became an Onra, a first-level Everfall witch. After failing the test to reclaim her voice and control her magic, her mentor sends eighteen-year-old Mila to Achten Tan–City of Dust–a dangerous desert town, built in the massive ribcage of an extinct leviathan.

To reclaim her power, Mila must steal a magical staff capable of releasing it, from Bone Master Opu Haku’s sky-high lair.

Her only resources are the magical luminous elixirs of the cursed caverns where she grew up, and a band of unlikely allies; a quirky inventor, a giant-ant rider, a healer, a librarian’s assistant, a Tar-tule rider, and the chief’s playboy son.

But in the City of Bones, enemies & friends are not who they seem, and trusting the wrong person can be deadly.

If Mila fails, she will never speak again and her bones will be added to the desert. 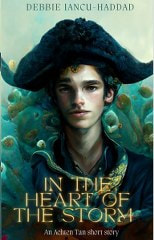 In the Heart of the Storm

A Prequel to the Bone Master 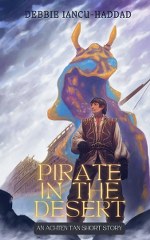 Pirate in the Desert 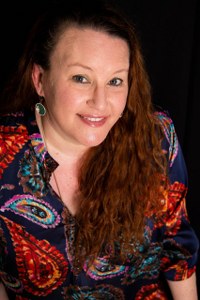 Debbie Iancu-Haddad is a Jewish Israeli author living in Meitar in the Negev Desert. Author of Speechless in Achten Tan a YA fantasy novel. And The Bone Master, forthcoming.

She spends her time taking part in Anthologies (seven to date with three more on the way), writing VSS on Twitter, and buying way too much stuff online. Her goal is to promote body positive characters and include characters dealing with physical challenges. #ownvoices

For her day job, she gives lectures on humor, laughter yoga workshops, and chocolate workshops, and sees how often she can make her two teenagers roll their eyes.