I’m so excited to share this amazing book with you today! Read on for more details about Come True: A Bomb-Ass Genie Romance by Brindi Quinn! You’re going to want to read this one!

★A jaded girl. A persistent genie. A contest of souls.★

Recent college graduate Dolly Jones has spent the last year stubbornly trying to atone for a mistake that cost her everything. She doesn’t go out, she doesn’t make new friends and she sure as hell doesn’t treat herself to things she hasn’t earned, but when her most recent thrift store purchase proves home to a hot, magical genie determined to draw out her darkest desires in exchange for a taste of her soul, Dolly’s restraint, and patience, will be put to the test.

Newbie genie Velis Reilhander will do anything to beat his older half-brothers in a soul-collecting contest that will determine the next heir to their family estate, even if it means coaxing desire out of the least palatable human he’s ever contracted. As a djinn from a ‘polluted’ bloodline, Velis knows what it’s like to work twice as hard as everyone else, and he won’t let anyone—not even Dolly f*cking Jones—stand in the way of his birthright. He just needs to figure out her heart’s greatest desire before his asshole brothers can get to her first.

COME TRUE: A BOMB-ASS GENIE ROMANCE is the romantic, fantastic second-coming-of-age story of two flawed twenty-somethings from different realms battling their inner demons, and each other, one wish at a time.

I’ve been poisoned? I’ve had an allergic reaction? There are toxins held within that ancient turquoise glass?

These are the thoughts racing through me as I blink open my eyes and find my face planted on the kitchen floor. Never a good idea to get eye-level with your kitchen floor. One finds all sorts of treasures hiding out under crannies and betwixt nooks. I see an eraser, a spill mark, a hair cluster and . . . feet.

There are most certainly bare feet standing on the other side of my open fridge door! At least I got my wish. A burglar came for me instead of fire. I reach for a gun, but I have no gun. I don’t even like guns. So what do I grab? A fucking glue gun from the craft bin beside my kitchen table. And I hold it with all the confidence it hasn’t earned.

Larry’s the name of the super. The only one that should have keys to my apartment.

The fridge door slams, and feet much too tan to be Larry’s begin closing in on me. Not to mention, Larry always, always, always wears socks. One time, I saw him wear them under flip-flops. That toe-separator was working overtime.

I digress, and the feet are nearly upon me, soon accompanied by a head dropping into frame; the intruder has just crouched. Definitely not Larry. Larry’s incapable of smirking like that.

It’s a guy and, let’s be real, it’s a guy of higher than average features, with dusk-blue hair tossed effortlessly with product and eyes a paler shade of blue than I thought possible on a person. Sharp, the centers pierce like turrets through a blizzard while the corners taper with smug amusement.

Oh, yeah, and did I mention he’s NAKED? All but for a pair of gray sweatpants low around his waist and rolled up at the ankles.

“Hello, Master,” he says with undue familiarity. “Sorry for invading your refrigerator. You were taking your time, and I was getting hungry.” He makes a chomping noise with his teeth.

“Stay back!” I scamper into a sitting position and steadily crab crawl away from him, holding the glue gun like it might fool him into thinking I’m armed.

“No use pulling the trigger,” he counters, straightening to reveal a body that’s lean. “Your bullets will miss me every time.”

But it has a cord!

“I have a very steady hand,” I assert, knowing my hand is anything but. “You have three seconds to get out of here or I’ll shoot!” It sounds like something someone would say in a movie—from what I remember of movies.

“I don’t doubt your hand, Master,” he says and takes a step closer. “But you’re incapable of hurting me physically. It won’t work, even if you try.”

Again, this is clearly a glue gun.

“How did you get in here?” I demand. “We’re on the third floor, and I know I locked the door.”

He tips his head. “Really? You’re the one that brought me in. You said I could spend the night. And then you sealed it with a kiss.”

“You were in my apartment the whole time?!” I jab the glue gun in his direction and notice for the first time that it has a half-used stick of glue butting out the ass of it. “You were watching when I kissed that—that vase?!”

And, oh, dear lord, now we’ve admitted to another living person that we kissed a vase.

“Vase?” He shakes his head comically as though this is all a big misunderstanding. “No, no. That’s not a vase. It is my holding vessel. I’d invite you in for a tour, but it’s a bit cramped.”

“Your holding vessel? As in something that contains you?” I look between the shirtless, blue-haired guy, eyes trailing over the tight chest of him before flicking to the bottle on the counter in all its arcane wonder. “As in, you expect me to believe you came out of it? Like you’re a . . . a genie or something?”

“To be honest, genie is kind of a derogatory term where I come from, but—”

For a moment, it’s as if a shadow settles over his brow as a shimmer from some nonexistent light source catches his eye. “Is that a wish?”

Brindi Quinn is a fangirling fantasy author from Minnesota specializing in world-building and romance. She is an advocate of quirky love and firmly believes that banter makes the heart grow fonder. Her main ingredients for a great read are spice, sparkle, and SWOON.

Since 2011, Brindi has written over a dozen young adult and new adult novels beginning with her debut epic fantasy series, Heart of Farellah. Her works often blur the lines between paranormal romance, science fiction, and fantasy, and her series have been hailed as unique, addictive reads by reviewers.

Brindi is an IT Project Manager by day and has a bachelor’s in communication-based studies from Southern New Hampshire University. She lives in suburban Minnesota where she likes to bike, indulge in video game lore, and spend time with her life partner, Kent, the world’s cutest pup, Burton, and the fluffle of cantankerous rabbits that hop around her house.

Brindi is published through Never & Ever Publishing and Midnight Tide Publishing.

Click the link below for a chance to win a signed paperback copy of the book! 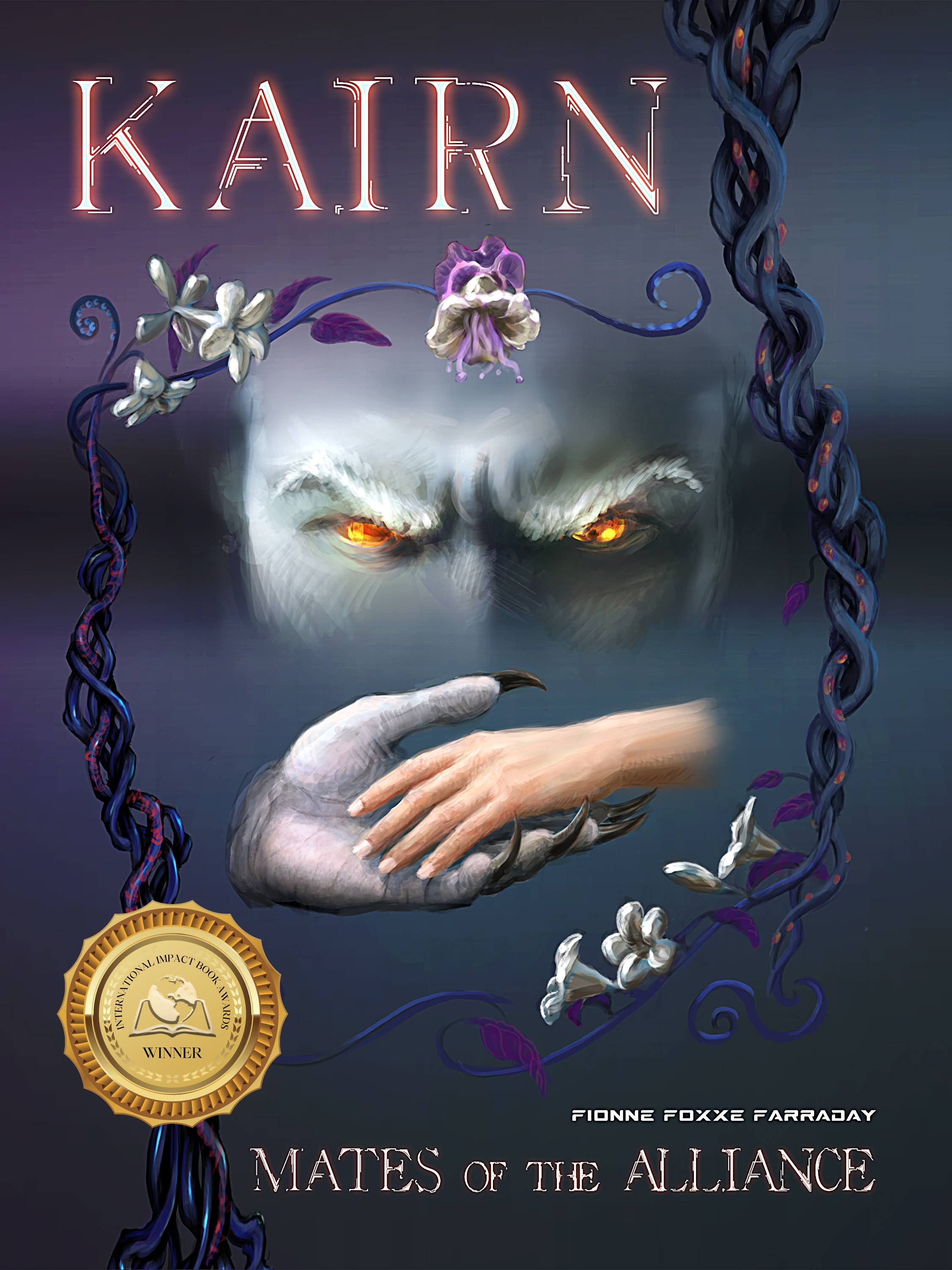 Mates of the Alliance Book 1

Fighting to save a primitive planet targeted by the Alliance’s enemies, Kairn never expected to find the female who haunted his dreams made flesh and blood.

Daria’s life revolved around her work. She had given up on finding romance…let alone love. Earth was now under attack by an evil alien empir —under siege. Daria is trying to do her job as best she can in an upside-down world. Then the cavalry arrives…in the form of giant, gorgeous alien warriors.

These aliens are working toward restoring Earth to the pristine beauty she used to be. In their charismatic leader, Daria finds the most amazing partner. Laughter and love with her devoted alien, what’s an Earth girl going to do but grab on with both hands and hold on tight to enjoy the ride? After all…what could possibly go wrong? 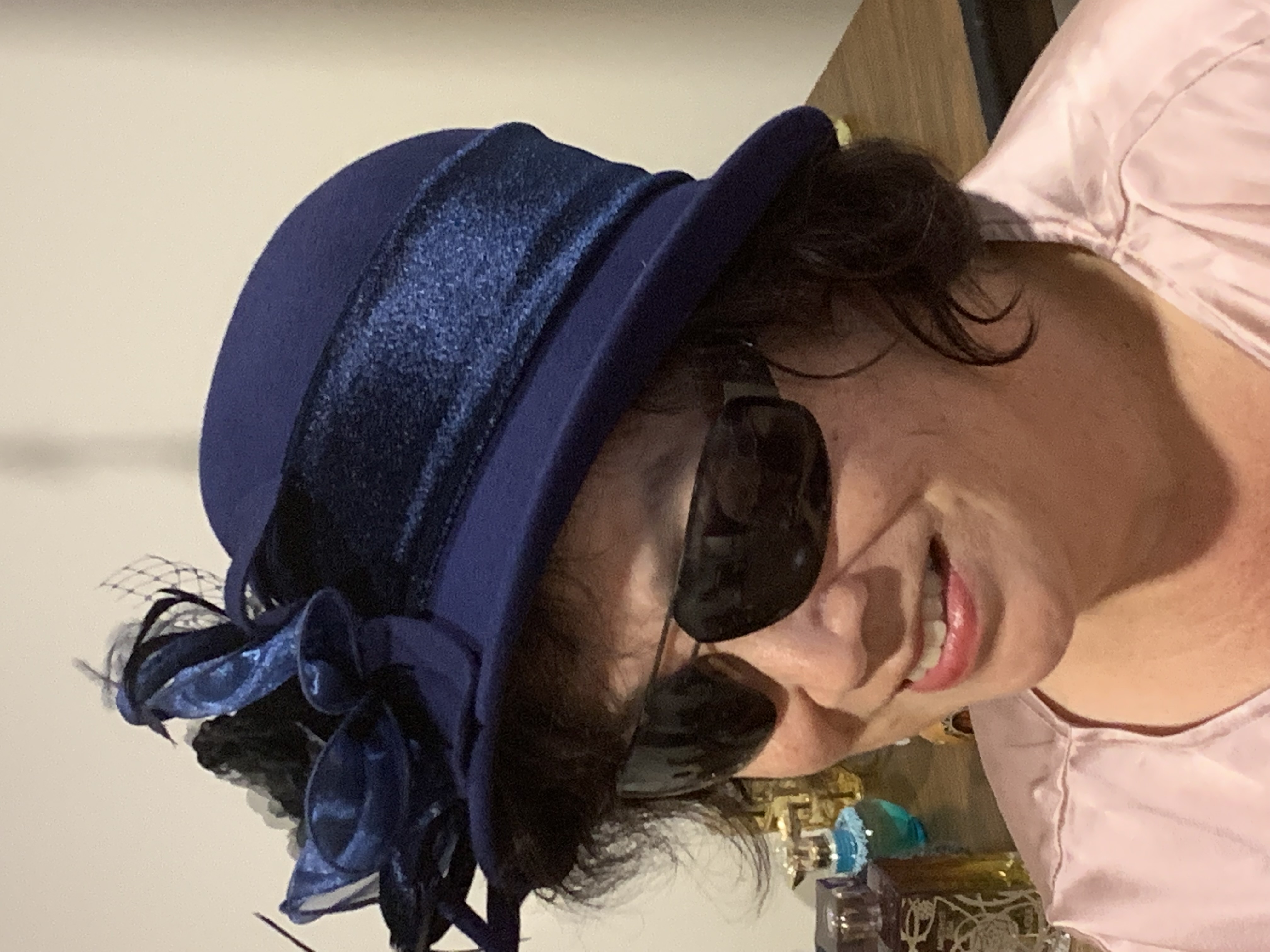 Fionne Foxxe Farraday the award-winning author of the 2022 INTERNATIONAL IMPACT BOOK AWARD for “Best Romance” novel. She also is a medical professional working in the area of pulmonary and critical care medicine. After years of working with patients, Farraday faced medical issues in March 2020 that put her on enforced medical leave without call responsibilities.

An avid reader, she soon exhausted her list of books and found herself bored with TV, leading her to begin outlining the story that would become KAIRN: Mates of the Alliance. Returning to ICU work during the dark days of the first Covid-19 wave, Fionne continued writing as a way to cope with the intense demands and the losses of countless patients. The writing took on a life of its own as Farraday fashioned the fictional happy endings which were in short supply in the ICU full of Covid-19 patients.

With her own background in medicine and family members who served in WWII and Vietnam, Farraday’s books are a salute to all of the medical and military personnel whose sacrifices allow us to do what we do. A mother, grandmother, and animal lover, Fionne Foxxe Farraday lives in Cookeville, TN.