Our love is built on a foundation of lies. Our love is messy, toxic and addictive, but it’s real. And I still haven’t found the courage to say those three little words, because when I finally relinquish my heart to Lukas Elin, I’ll have to tear away the thorns that encase it. I’ll be fragile, vulnerable in the hands of my villainous King.

My heart, and now the secrets I keep are my weakness, and when the only light I see at the end of the tunnel is revenge on those who hurt me, and finding out who I really am, the question is; when all is said and done, will he be worthy of my heart… and will I be worthy of his?

Emilia Blake knocked down every wall around my soul, showed me how to feel after too long of incinerating every emotion that wasn’t fueled by venom. She is also the one responsible for shattering my world apart with her own secret. Despite everything, she’s still the one woman I want to keep, to love, but it’s against the rules of The Empire. But this one truth she keeps from me, might just be my downfall. The secrets we keep are one thing, but my queen and I will never reign if our Empire and souls are nothing but toxic embers, turned to ash.

The Secrets We Keep are the enemy of love, and they say the truth will set you free. what they failed to mention is… TRUTH HURTS.

Add To Goodreads
Author Bio
Selina Marie is an Author of New Adult & suspenseful Dark Romance, drinks way too much tea and loves to gently torture her readers with plot twists that will make you want to throw things at her face.
Selina lives in the South-West of England with her daughter, stepdaughter, fiance and two cats, and absolutely loves the ocean. Selina brings you angsty, sexy, dangerous bad boys with a twist, and badass heroines you’ll fall in love with.

When stray human Matthew wanders into Black Dog shifter pack territory, he’s injured and vulnerable. The last thing Matthew expects is for the pack’s alpha to be the home he’s always been looking for.

Bram can’t believe his nose when the trespasser his enforcers drop at his feet turns out to be something entirely different. Nursing Matthew back to health becomes Bram’s priority, but the pack isn’t thrilled to have a human in their midst.

When the pack gives them an ultimatum—either Matthew joins the pack in truth or leaves—the only question is, if he decides not to stay, will Bram be able to let him go?

Metal Heart is the first novel in the Metal and Magic series, a dystopian urban fantasy romance filled with magic, adventure, and the perils of being human in a supernatural world.

The boy landed in the dirt at my feet with a wince and a sharp inhale. A strange metallic scent coated the back of my tongue along with the pungent odor of his fear. A dark head of hair bent forward and slumped shoulders trembled as he crossed one arm over his chest holding onto the opposite elbow.

“What’s this?” I asked one of my enforcers and friend, Cyder. The only raven shifter in our pack. He and Peyton, a tiger shifter and another of my enforcers, were standing shoulder to shoulder behind where they’d just dumped their quarry. The hothouse around me was full of growth and life, a warm spot in the midst of winter’s chill. The boy looked like he could use a bit of warmth. He had on a thick looking sweater, but there were holes and dirt smears all over him and his feet were bare. I raised my eyes, waiting for an explanation.

“We found this human inside the northern boundary,” Peyton sneered, her booted foot coming up to push at the boy’s rump and send him sprawling forward. His hands shot out, barely saving him from face planting. I understood Peyton had her reasons for hating humans the way she did, but I would not tolerate that sort of treatment to any person, human or otherwise, in our territory.

I straightened my spine. Not that I really needed to. At nearly seven feet tall, I towered over everyone in my pack. “I will not repeat myself.”

They both nodded quickly; Cyder gripping Peyton’s elbow like he was afraid she’d object again, and they left without another word.

The boy seemed to realize I was watching him, and for a moment, I thought he’d hunker in on himself even further, but then he huffed a breath and squared his shoulders before climbing slowly to his feet, still holding his arm. As he lifted his chin, a startled look crossed his face as he tilted his head back farther and farther to meet my eyes. Even standing up straight, the top of his head barely reached the middle of my sternum.

Upright, his shoulders were wider than I thought they’d be, and I was surprised to see dark, crinkly hairs sticking out of the tears in the legs of his pants and stubble on his jaw. Not a boy after all.

He had some balls looking an Alpha shifter in the eye, but to my surprise, I was glad he did. Some nameless longing stirred in me as his scent permeated more of the air, mixing with the earthy richness of the soil and pulling at something low in my gut. And to be honest, his eyes were just beautiful. A vivid, almost neon blue surrounded by thick chestnut-colored lashes that matched the untidy mop on his head.

“What’s your name?” I asked, keeping my tone softer than I ever did with anyone else.

He swallowed twice before he answered me. “Matthew.”

To celebrate the Cover Reveal of Metal Heart, we are giving away 2 advanced copies before it’s release!

Stories have always been Michelle Frost’s escape. Even as a kid, she can remember writing stories featuring her favorite cartoon characters. Now, her characters are a little more grown up, as are the stories she likes to tell. A self-proclaimed coffee addict and a bit of an introvert, she can most likely be found with her nose in a book. 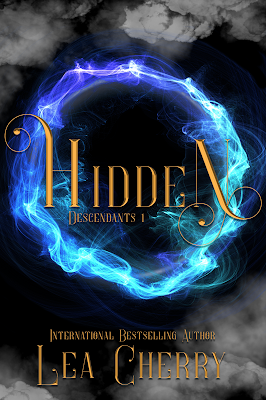 Good vs. Evil; Witch vs. Warlock; Pure vs. Tainted.

Being the last remaining descendant of a powerful magical race was not what Amy had in mind for her summer, but when her powers unlock after being attacked, there was no turning back to what she thought was normal.

She must learn how to control her powers, for a dangerous enemy has his sight set on her and he won’t stop until he has what he’s been after for four hundred years.

Not only does her life hang by a thread, but the balance of the world relies on her being ready for the fight of her life as the Tainted is coming for her.

And he wants her power, her magic… her soul.

Get your copy now, dive down deep into the world of the Descendants and let your magic guide the way. 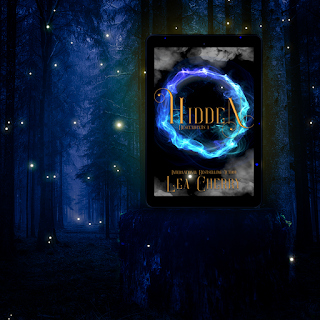 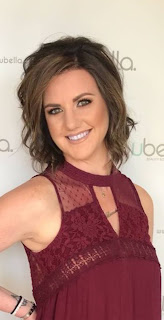 Lea Cherry is an international bestselling author residing in South Africa with her husband and two daughters. With a Bachelor’s degree in Creative Writing, she shares the spark of language in Young Adult, Fantasy, Horror, and Thriller. When she is not crafting stories, she shares her time with her family watching movies, painting, and reading up a storm when she is not exploring the outdoors on camping trips. Her first book in the Descendant series is set to arrive in 2021 and is filled with magic and adventure that will keep you wanting more. 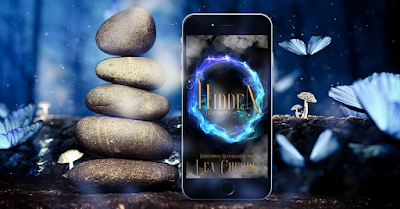