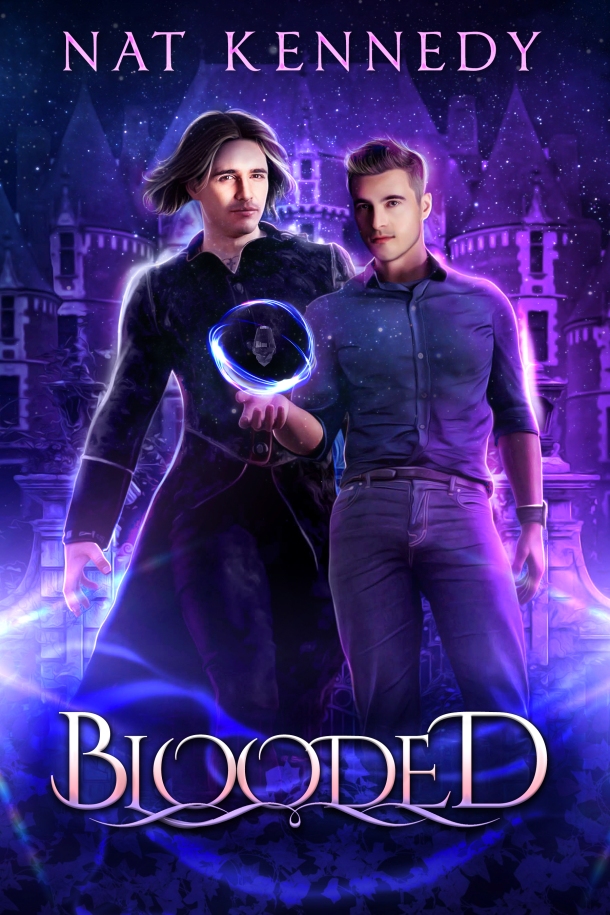 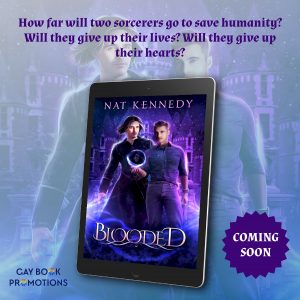 A broken mage. A penitent vampire. Can they put aside the horrors of the past to save each other?

Plagued with erratic. volatile magic, Nicodemus Green focuses his entire life to stop an evil sorcerer who brainwashes or kills anyone in his path to domination.   Ten years into this crusade, Nick stumbles upon his former Academy instructor in the Austrian Alps. The strict and pious Byron Domitius has cloistered himself in an isolated manor. Alone and starving, he hates the twisted, damned creature he has become.

A prophecy calls for Nick and Byron to bond by blood to finally bring an end to the sorcerer’s hidden agenda.  The two are forced to see beyond their shared past, and Nick finds himself desiring more from his old instructor than just his magic. But are these emotions real, or do they come from the heat of their bond?

With still no reply, Nick inched closer to the fire and looked down at Domitius, afraid he might have died, though theoretically speaking, he was already undead. Domitius’ eyes were open, glazed but staring into the blazing fire. Nick could see no signs of life. His old instructor’s body was still and no rise or fall of his chest gave any indication of breath or pulse. Nick reached out to touch the man’s shoulder.

“So, you wish to trade blood for training, Mr. Green?”

Nick snatched his hand away as if Domitius had shifted into a deadly viper poised to strike and spread its venom. Even as the pale lips spoke those cold words, Domitius made no other movement. He looked like an animated mannequin, not quite real, just an empty puppet.

“You would prostitute yourself to a vampire, your hated instructor?” Byron continued.

“Do you even have anything to offer us?” Nick asked with scorn.

“You might never know.” Domitius almost sounded amused, his attitude irking Nick even more than his non-greeting. Then those blank eyes finally shifted and looked up at Nick, who saw something in them that ran his blood cold.

Nat Kennedy writes fantasy fiction of all kinds.  She strives to create engaging, plotty romantic stories.  In her worlds, Heroes abound.  She lives in the Pacific Northwest where the rain keeps the world green.  Find her online at natkennedy.com or on IG natkennedybooks.

Enter the Rafflecopter Giveaway for a chance to win one of the following: 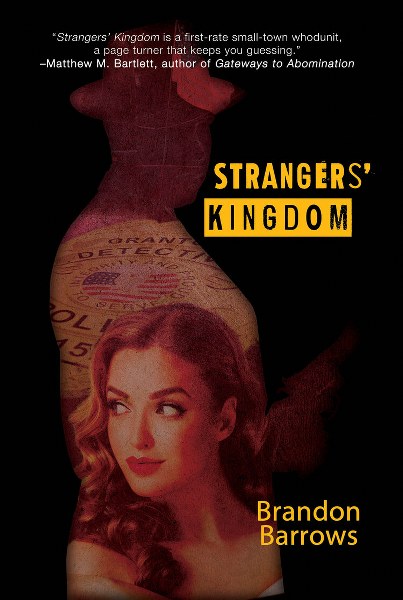 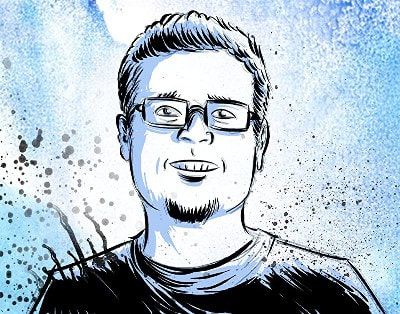 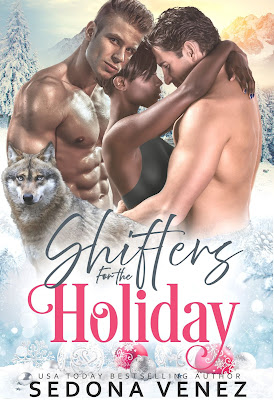 Blurb:
Get Warm and Fuzzy. New Holiday Romance Story That’ll Give You All The Feels…

Someone wants me dead… This is not going to be a very Merry Christmas.

If arsonists setting fire to my barn right before Christmas isn’t bad enough, a sniper shooting through my bedroom window is like getting a lump of coal for Christmas.

But I don’t want protection. My father thinks otherwise and hires two rugged former military wolf-shifters—Axel and Tucker—to protect me at all costs.

But I’m not your ordinary damsel in distress. I’m a curvy, independent woman, used to running things my way. But when I’m trapped inside my cabin with my gorgeous bodyguards during a blizzard, sensual boundaries are crossed, leaving me attracted to not one, but both of my wolf-shifter protectors.

Now, not only is my life on the line, but so is my heart…

This passionate stand-alone Christmas story is full of festive magic, romance, suspense, and laughs. HEA and no cliffhanger! 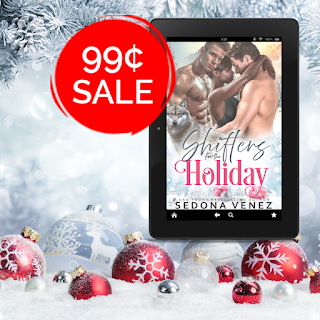 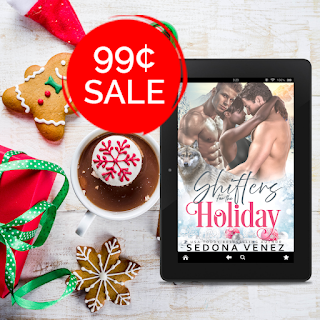