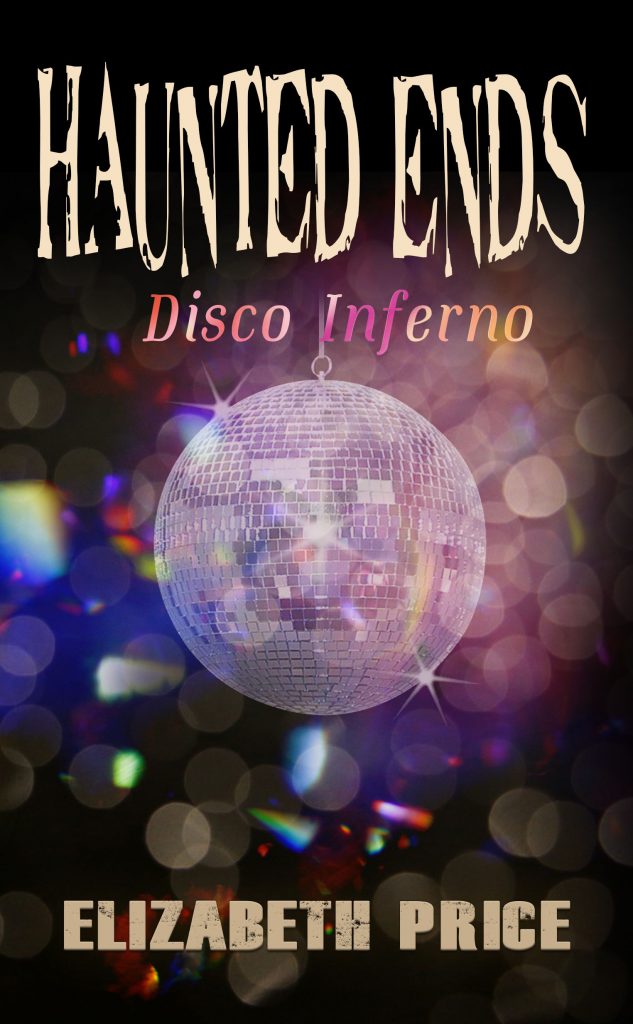 The team of the hit cable television show “Haunted Ends” joins up again to investigate the Galaxy Disco. While shooting their show at the disco, the investigation takes a turn for the worse when the investigating team is transported back in time to the 1970’s. The team, along with Sam, their ghostly teammate, must figure out how to return to their own time by solving the mystery of who killed thirty people.

The bronze statue of Juan Bautista de Anza greeted them as Rocky parked the car in the roundish parking lot. Rocky glanced at the statue, finding it rather odd to see a Spanish conquistador riding through the park, perched on a beautiful stone horse.

Man on a horse? he thought. Surely not. The statue wasn’t there the last time he visited… though it had been a long time.

As he turned to the statue, the statue’s head turned to him, winked then returned to normal. Rocky felt the expression fall from his face.

“You see that?” he gulped. “Dude…” he waved his hand towards the backseat to gain Sam’s attention even though he wasn’t looking at Sam. His hand sliced directly through Sam’s stomach, causing his image to waver slightly.

Rocky jumped out of his car, pointing to the statue. “That! That statue winked at me!” he proclaimed in front of a large group of school children on a field trip. The children all giggled at the madman as their teachers hurried them away from the area.

Sam floated from the car and over to the statue. “Oh, him? Yeah. He’s our eyewitness. Come on, let me introduce you—”

1. What inspired you to write this book?
This story was inspired by an ice tea and a cupcake. Before 2020, I would spend a lot of time writing in coffee shops… as many writers do. I was writing in a coffee shop in downtown Riverside, not far from the Mission Inn. I used the Mission Inn as the inspiration for the hotel where the crew stayed at the end of the story. The pub they visited during their visit actually belongs to a friend of mine as well. As for the Galaxy Disco, I believe I started a rumor about an old disco being haunted back in the first book. I thought it was about time the crew investigated the old disco.

2. What, if anything, did you learn when writing the book?
That there is a ghost that resides at the Mission Inn in Riverside, CA.

3. What surprised you the most in writing it?
How well the characters all seemed to get along, even when they had a lot of other distractions in their lives.

4. What does the title mean?
The title, in this case, is based on one of the cases the crew investigates — a disco that burned and killed many people. The old song title seemed a perfect match.

5. Were any of the characters inspired by real people? If so, do they know?
The character of Melody was inspired by a real ghost of a prostitute that haunts a hotel in Ventura, CA, that I modeled the Juniper after. Silvia’s character is based on a lady that I grew up with and always admired. The character of Wally is based on a crazy old coot that I used to chat with at a local coffee shop. Sam’s character is loosely based on an interview I read about Peter Dinklage and Rocky was modeled after some surfer I saw once at Huntington Beach, CA.

6. Do you consider the book to have a lesson or moral?
I’m sure they all do… mostly to live life to the fullest because you never know when it will all come to an end.

7. What is your favorite part of the book?
When Rocky convinces Sam to go surfing for the first time. I’ll say no more.

8. Which character was most challenging to create? Why?
Rocky is my most complex character. He has a colorful background that often plays into his emotions and his choices. He has a good heart but can be a jerk now and again. I’ve attempted to tone down his character a little over the series, but his “first book” personality does sneak in once in a while.

9. What are your immediate future plans?
Haunted Ends 4 is currently in the works and might be out later this year. I’m in the process of writing Haunted Ends 5 and possibly Haunted Ends 6 if Rocky agrees to renew his contract. There are so many possibilities with this series, it’s hard to say for certain. 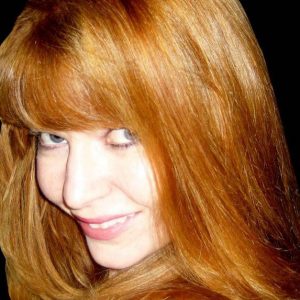 Elizabeth grew up in Redlands, California as an only child. The lack of siblings, cousins, or even kids in her neighborhood to play with sparked her imagination to life. She spent most days entertaining herself with elaborate stories, even doing so when her attention should have been elsewhere—like on her schoolwork.

As a teen, Elizabeth dove headfirst into the geeky culture of Star Trek and other science fiction and fantasy novels. She became so consumed that she spent all her free time and allowance on new books—eagerly anticipating their arrival. When she felt hindered by her limited allowance and the inevitable waiting period between new releases, it dawned on Elizabeth to revisit the creation of her own stories. This is where she was truly born as an author, pouring her imagination into multiple genres.

In 2009, Elizabeth graduated from California State University Fullerton with a bachelor’s degree in Communications, emphasizing Entertainment Studies. She has taken numerous writing classes to hone her craft—everything from script writing to copywriting, story writing and more.

Elizabeth has been happily married to her supportive husband since 2001. He greatly encourages her in her writing endeavors and accompanies her on trips to haunted locations—her favorite pastime. She currently lives with her husband in Corona, California.