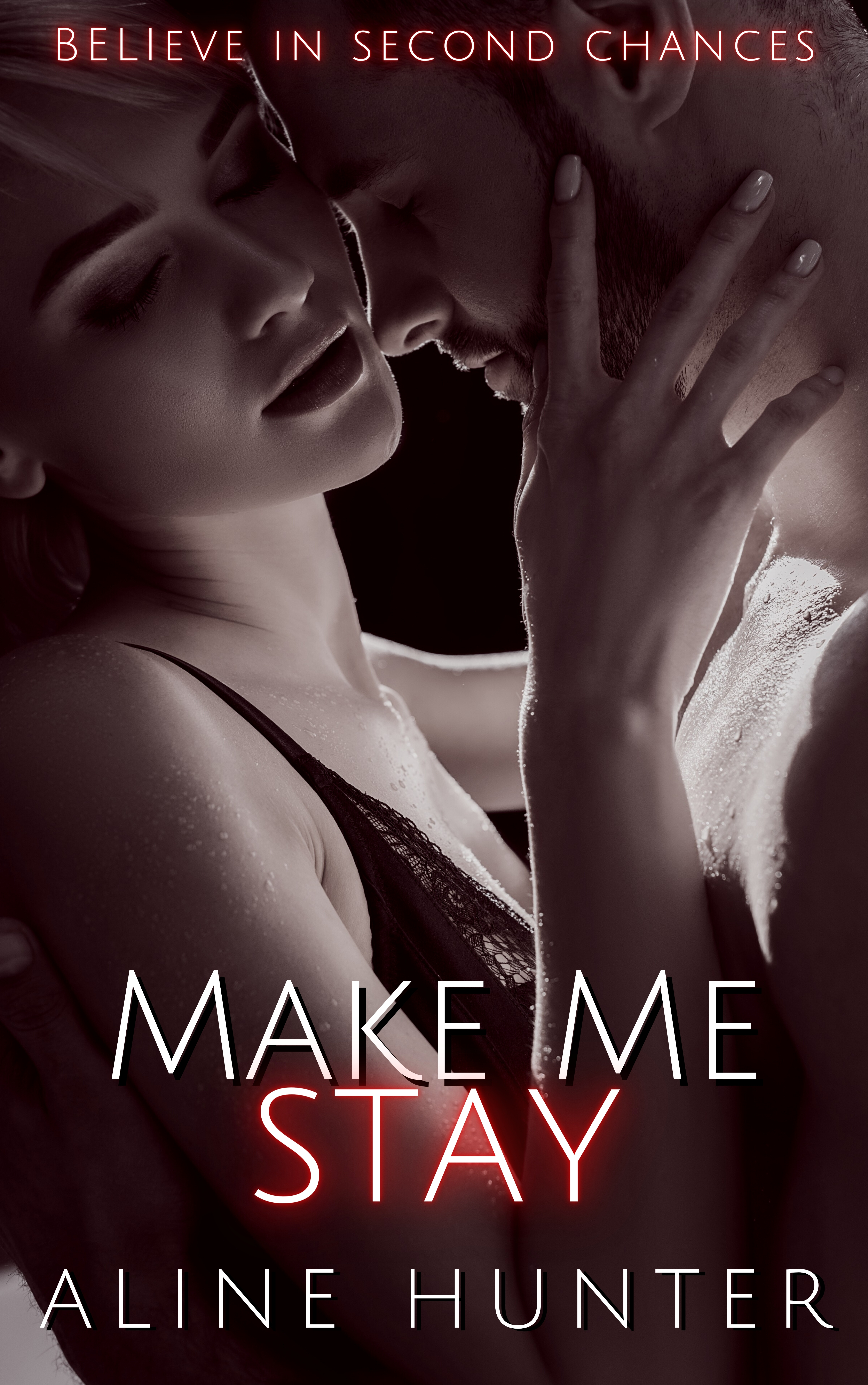 After his heart was broken by his first love, Kamden Stone avoided romantic entanglements. He lives in the moment, taking partners who understand his desires and know things will end after one encounter. He’s comfortable with the life he’s carved out for himself, refusing to need anyone or anything until a young woman he can’t stop thinking about changes the game.

Everly Mason moved to escape toxic family ties. All she wants is a fresh start and a new life. The house left to her is the perfect place to fall, isolated and in the middle of nowhere, providing plenty of work to keep her occupied. She’s on the right path, taking things one day at a time, when she’s introduced to a mysterious man she can’t stop thinking about.

Despite everything, Kamden and Everly can’t deny their chemistry. When they agree to a trial period, curious to see where things will go between them, they discover they need each other in a way they never thought possible. When the time comes, they’ll have to accept what they want and need. To be together, they both have to find a reason to make them stay. 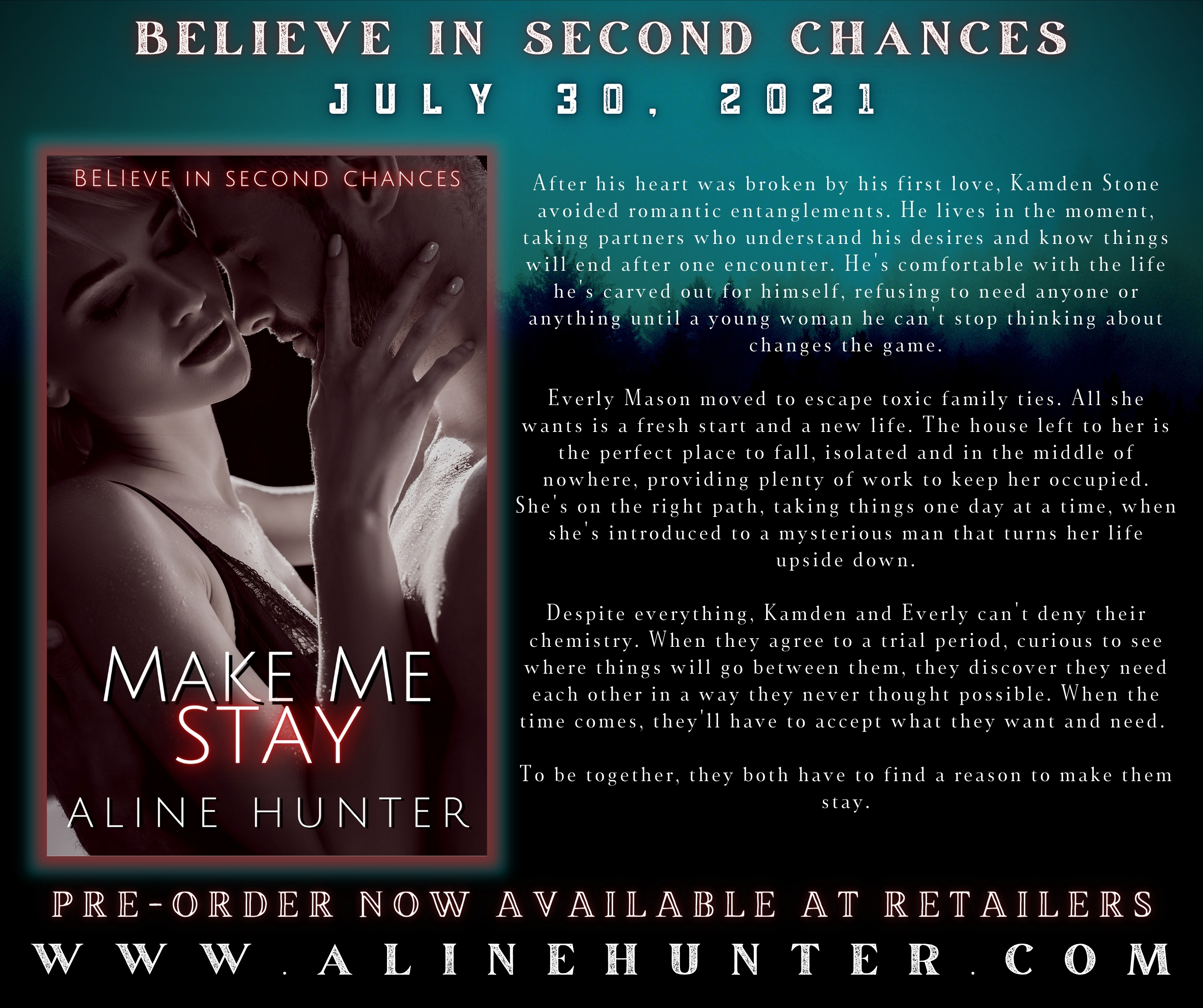 Relief coursed through her. Was that the problem? She did look young for her age. She’d been told she’d appreciate that later in life. Did he think she was too young for him? If that was the issue, she could ease his concern. She was definitely of legal age.

“Twenty-two. I’ll be twenty-three in March.”

“I’m thirty-four.” He made it sound like a bad thing.

She figured as much, although he could shave a couple of years and pass himself off as a younger man if he wanted to. “So?”

The response surprised him. “That doesn’t bother you?”

The men she’d dated had been in their early twenties, and they hadn’t left behind good impressions. Both had wanted to go to parties, hang out with their friends, and play video games. They were also complete slobs who lived off their parents, worked part-time jobs, and were lazy as hell. The only time they spent alone with her involved sex that, most of the time, didn’t do anything for her. It was the reason she’d broken up with both of them within a year.

He took that in, clutching the steering wheel. “It should bother you, darlin’.”

It was the second time he’d called her that, meaning he had to have some kind of interest in her. For some reason, he didn’t want to let things happen as they should, keeping himself distant and apart. She didn’t know why, but she wasn’t going to let him dodge her anymore.

“Don’t tell me what should and shouldn’t bother me. I’m a big girl, and I can make up my own mind. If that’s the problem, I can tell you the age difference doesn’t matter to me. It’s just a number.”

“You also don’t know anything about me.”

That much was true, but she wanted to. “Then tell me all about you.”

His gaze darted to her, his fingers gripping the wheel tighter. “I’m not sure I should.”

“You don’t sprout fur and howl at the moon once a month, do you? Or go around drinking people’s blood? If not, I think I’m good.” Her attempt at humor worked. She could see him trying not to grin. “I don’t frighten easily.”

“I don’t do that, but I can be beastly on occasion.”