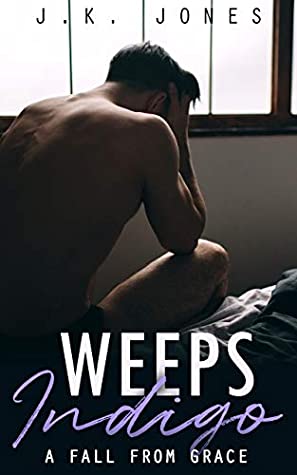 A Fall From Grace

It is not a standalone story.

The Sheriff of Byrmonville, Richard Clayson, has a dark secret.

That night he found Beau walking down the familiar bleak streets, he knew exactly what he was doing. Watching him in the interrogation room, his eyes coveting the way that cigarette easily slid between his lips, the way the tattoos wrap easily around his flesh. Those eyes haunting and familiar, awakening something in him long since beaten dead.

He knew exactly what Beau’s nighttime occupation was.

It was his job. To investigate the things unknown, the things hiding in the darkness. He loved a good puzzle piece, a good riddle he could unravel.

Richard wasn’t a cop for nothing.

This is dangerous. Reckless. He could lose everything, hunting Beau like this.

So why can’t he stop?

It’s all about a boy.

A boy who changed his life. He’s not just any kind of boy. Not someone of social status or unforgettable features. Not a boy that throws tantrums or is the sort to excel at everything.

Richard bets he isn’t particularly athletic, nor is he quick when it comes to arithmetic. However, he isn’t ordinary. In retrospect, there’s absolutely nothing ordinary about him. For one thing, his attitude is foul, so much so that half the guys in the office cringe when he opens his mouth.

He’s rough around the edges with a boorish attitude which does nothing to inspire the idea that the youth of today will amount to much in the world. However, there is something incredibly striking about his pitch black, thick curly hair, his long straight nose, thin lips, dimpled grin and a beauty mark hovering the corner of his upper lip.

Richard mentally runs through the Blackwell’s sordid history in town. His brother’s been arrested more times than he can count and it seems Beau was headed in that same direction.

Beau smokes too much, drinks too much, swears too much—hell, he does everything he shouldn’t do in abundance.

Richard even spots a couple tattoos peeking out from underneath his shirt, and is immediately repulsed. How old is he anyway?

Beau takes out a packet of smokes, slides one between his thin lips, tilting his chin up exposing that beauty mark in a way that makes Richard feel things—things long since beaten dead.

It is part two in the Weeps Indigo series. Book 3 is due for release in September 2021.

What happens when the hunter becomes the hunted?

When instead of running he is being chased? Richard doesn’t understand when or how things turned. He just knows the tightness in his chest intensifies, the demon is growing restless.

All he wants to do is go back in time and stop this whole thing from happening. Starting with the first day when he saw Beau in the interrogation room, Richard wants to stop himself from becoming mesmerized by those haunting emerald eyes and that otherworldly face.

He would stop the world from turning, the heavens opening up and beaming sunlight down on them. He would stop his heart, his lungs, and all the creatures in the world just so that he would never ever have to meet Beau.

By the time he makes it to the Blackwell residence the blood is pounding in his ears.

He can barely see straight. The rage is boiling over and there isn’t anything stopping the demon from tearing its way through.

The house comes into view, dilapidated on the hillside, crumbling piece of shit that Richard loathes more than anything. He presses harder on the gas, dirt and debris flies everywhere as he drives recklessly up the pathway. Sirens blare loudly, as he slams his foot on the brake, nearly crashing into the front porch. Richard flies out of the vehicle, leaving the door hanging wide open and stumbles up the porch with his gun heavy in hand.

There is nothing, white noise, air bustling in his ears and the tunnel vision of paralyzing vehemence. It’s dark, raw and savage, the demon’s lips curl, breathing fire and brimstone as he clatters his way up the stairway of the Blackwell property.

The M1191 is secure in his grasp, fingers tightening around the trigger because there will be nothing, but brutality, sickening violence of blood and guts and gore.

Wooden stairs creak and groan under his foreign weight, the screen door is hanging off its hinges and he knows, that there is something very very very wrong here.

Heaven and hell, demons and angels. J.K Jones has always had an affinity for other worldly things. From her debut novel it’s easy to see she loves all things crawling in the shadows. As it so happens, J.K Jones is the author of a gritty, fun, action-packed, soul-rending novel. Her characters are so dark and twisted they defy the dimensions of this world. She is an avid reader, poet and LGBTQ activist. She is a York University graduate with a BA in Sociology, also has a TESOL certificate for teaching English as a Second Language.