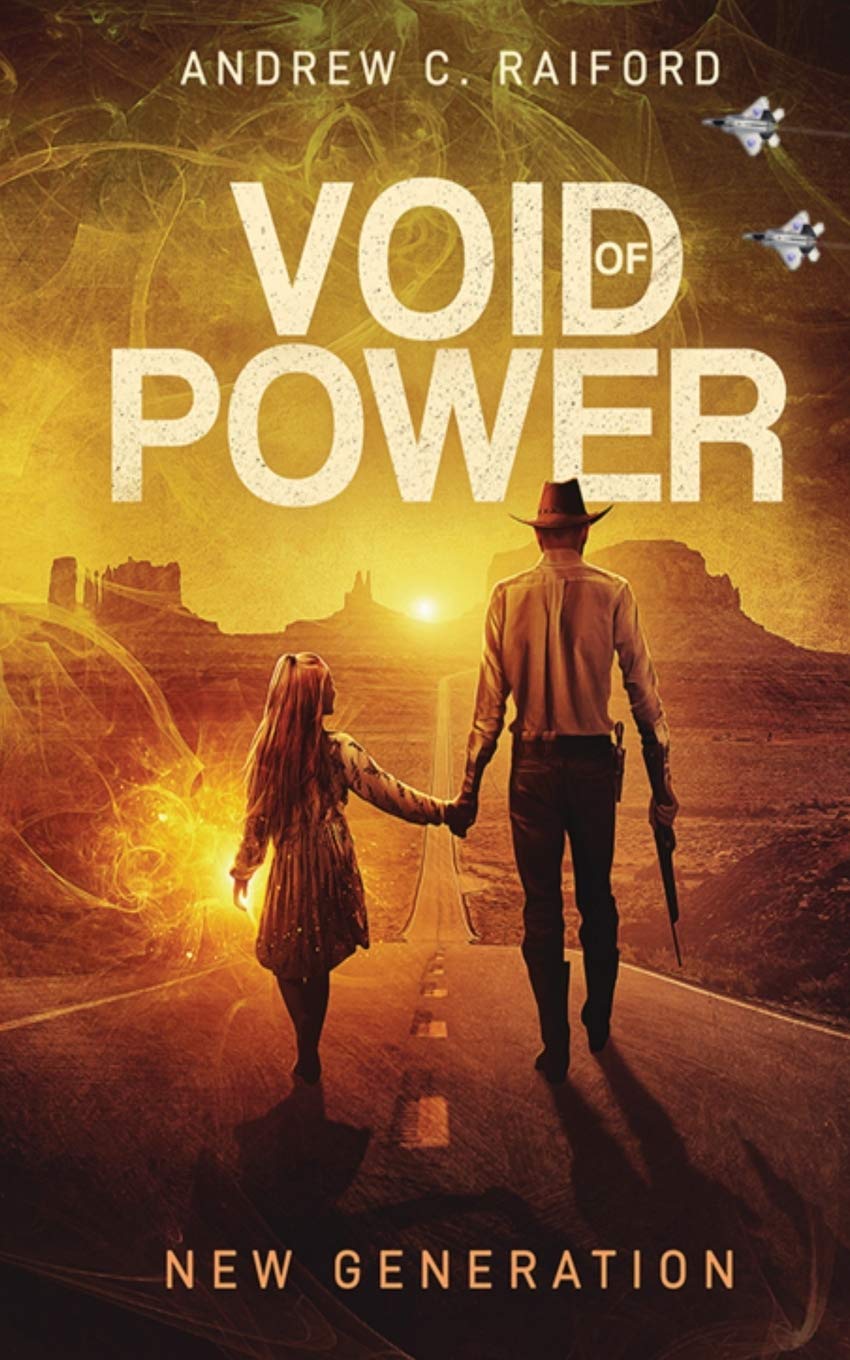 The Void belongs to everyone and belongs to no one. Because of the Cultural War Treaty, the federal government or any agent under their control cannot enter the Void. Ruled for nearly sixty by gangs and drug cartels, the “settlers” of the Void must live by their wits and their skill at arms.

Raised by scientists who had been sequestered in an underground complex in the Texas panhandle, the Walsh family employs their genius and talents to forever change the quality of life for the citizens of the Void using technologies far beyond the imagination of ordinary people.

When government forces enter the Void on a capture-or-kill mission which has targeted two extraordinarily gifted children, they run headlong into this family of geniuses and Texas Rangers who dedicate themselves to protect the children. The feds soon realize that they are mice attempting to capture one very mean, intelligent cat. The stakes must be raised. Lives are lost. War ensues. 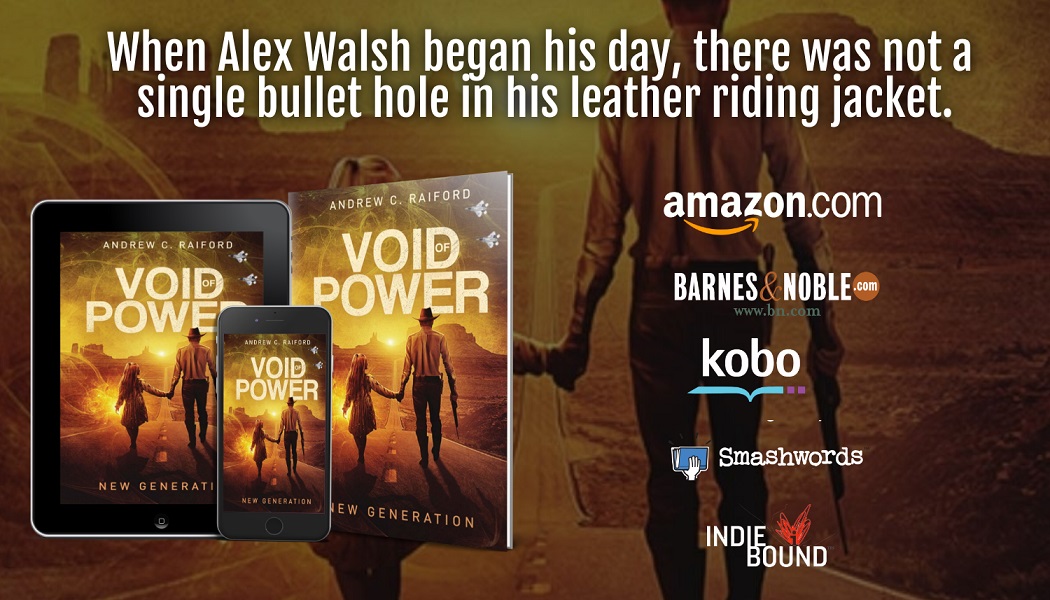 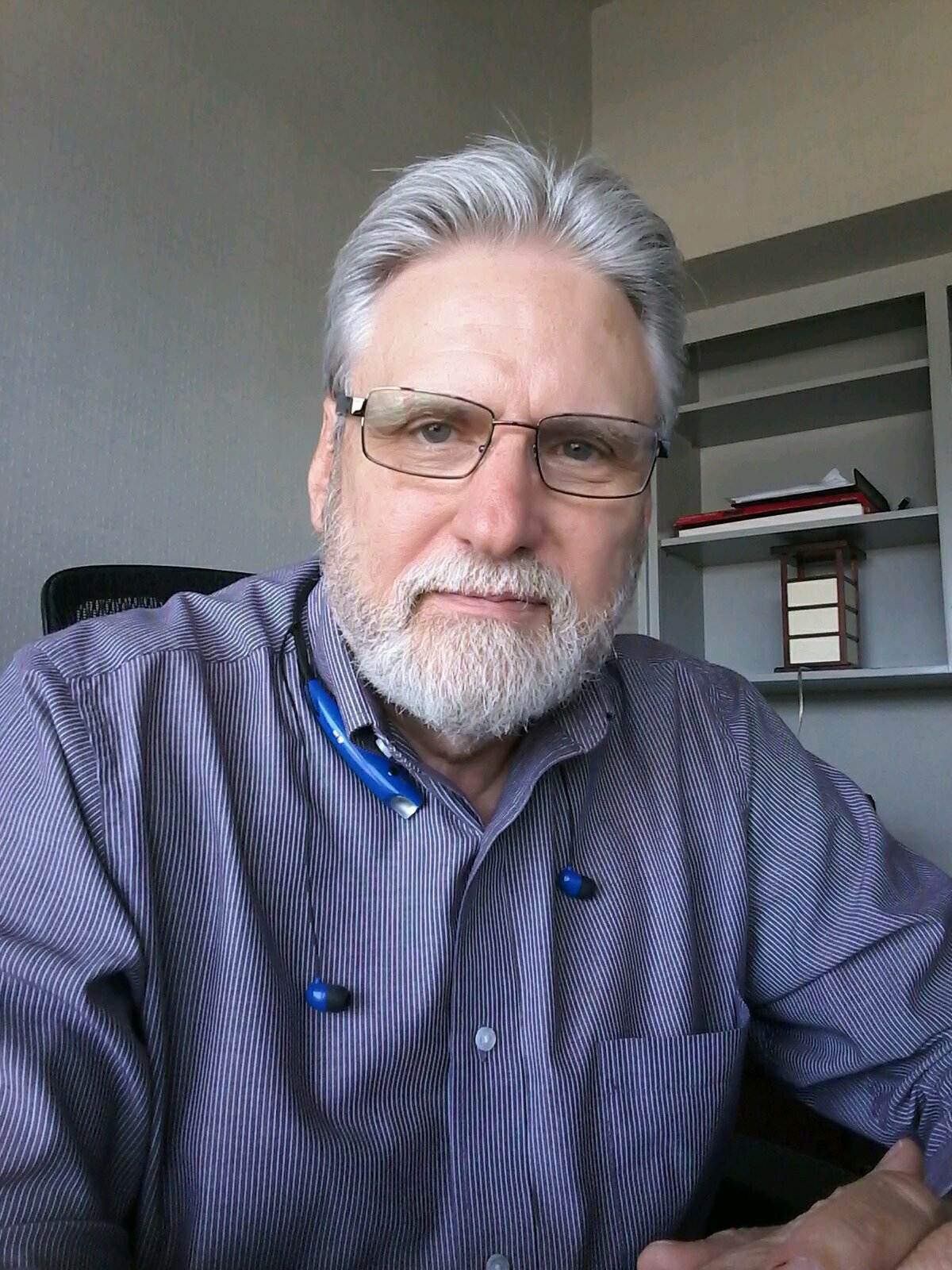 Born in Houston, Texas, Andrew was raised in a family of seven brothers. Most of the action and adventure that dominated his young life was that which sprang from the imaginations of the brothers Raiford. Since there was no limit to the stories they could create through their play-acting, it was not uncommon to have Daniel Boone not only be attacked by bears or red-coats, but also Nazis and/or extraterrestrial conquerors. Imaginative eight-year-olds care nothing for history.

During his young adult years, Andrew took on some very odd jobs to keep his young family fed. For two years he was a real cowboy who rode and roped and pushed cattle on a large ranch nestled in the snow-capped mountains of northern California. After moving back to his home state of Texas he worked in the printing business as a journeyman pressman, and later in gun sales and corporate security.

Andrew even worked in church ministry for ten years during the period that he and his wife raised five talented children. They would later become the inspiration for Andrew’s first novel, Void of Power – New Generation, which surprisingly contains no Nazis or extraterrestrial invaders.

One Reply to “Book Blitz: Void of Power, by Andres C. Raiford”