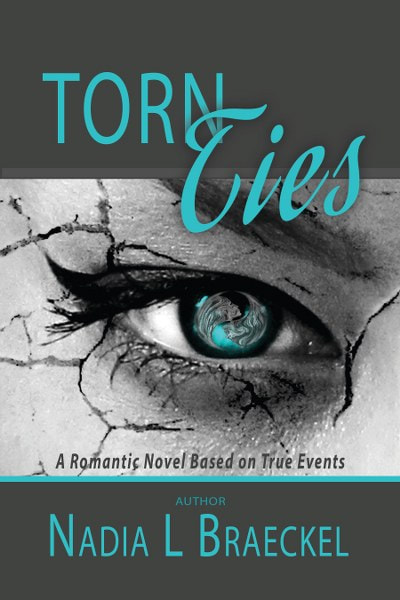 How can a relationship that starts for all the wrong reasons feel so right?

That’s the question Natalya Zaher keeps asking herself. After all, her daily routine isn’t usually so dramatic…or so damn hot. By day, she works at a local men’s clinic, fending off advances from dirty old men and dealing with her boss’s angry tirades. By night, she sits at home, watching Twilight. Life has been remarkably routine – and lonely – until a chance encounter with a handsome man at the gym turns unexpectedly steamy. The only hang up? He’s already in a relationship. And Natalya wants more…much more.

Alex Bowman isn’t sure what he wants. His long-term relationship has been slowly losing its luster. The sex is dull, and he’s growing frustrated with feeling controlled and demeaned. So when he meets the alluring, radiant young Natalya at the gym, he’s intrigued by her charm and upbeat nature. And when he discovers her sexually adventurous nature, he can’t stop thinking about her…and just how right their relationship seems to be.

But Alex’s girlfriend doesn’t intend to let her man go without a fight, and she’s certainly not going to play fair. Even worse, Alex has been keeping secrets that threaten not just to destroy two reputations…but threaten to break Natalya’s heart too.

Set in the heart of Tulsa, Oklahoma, Torn Ties is a roller-coaster ride of danger and desire that leaves the reader breathless to the last steamy page.

“Did someone knock?” I ask Alex. “No, that is Bugsy’s tail hitting the table. I just gave him a treat to keep him preoccupied, so we have no distractions,” he says with a halfway endearing smile. “Just relax. I’m going to make this a night you’ll never forget.” Looking back, I will realize he is right; this ends up being an unforgettable evening. !e living room is pitch black, except for the candles #ickering on every tabletop and counter, almost resembling Christmas time. I can see his muscles gleaming from the lights, de”ning each tendon in his arms, shoulders, and back. I stare at him in awe. How did we get this far? I think. It’s all been so unexpected, but at the same time, I have been waiting for him for a long time, and just feel so blessed that we “nally have found each other. I watch him move across the room, like a Greek god. His broad shoulders sitting perfectly on his frame. His hard chest, protruding out from underneath his kissable neck. His dark, wavy hair, cascading softly over his face, falling just above his eyebrows. If it were any longer, his hair would cover his eyes so he couldn’t see, but it’s just long enough to be sexy. He is hot; I can’t wait to make love to him right now. “What are you looking at?” he says, lighting the last candle. “You,” I respond. He walks over to the couch where I’m waiting, his steps a smooth glide. “Is that right? he says as he kisses me, soft and passionately. “Mm, your lips are so delicious, Natalya,” he says. “I’ll be right back. I’m going to freshen up real quick.” “I can’t wait,” I say, still with my eyes closed, savoring every centimeter of our mouths touching. As I wait for Alex to get ready, the storm outside seems to get stronger and stronger with the rain and lightning. It’s coming down hard tonight. So it’s a good thing we lit these candles, in case the power goes out. As I sit on the couch, mindlessly scrolling through the satellite TV, I heard a loud knock at his door. Bang bang bang! I stop searching for Bugsy and realize it’s not his tail, but someone at the door. Bang bang bang! Who the heck is that at this hour? Bang bang bang! As the other person on the other side of the door gets more impatient, the thuds get louder. Is that Donna? I say to myself. !en all of a sudden, I hear a voice on the other side, loud enough to hear clearly. “Open up, Alex!” It is her. What the hell? How does she know I’m here, and why is she even here? I see the door handle turn. She’s trying to open it, but it is locked, so she starts to pound on the door with her “sts again, even louder this time. I get up, walk over to the bathroom, and knock lightly on the bathroom door. “Hey, Alex,” I say very softly. “I think Donna is knocking at the door.” He immediately opens the bathroom door, with a confused look on his face. “What?” “Umm, yeah, she is here, outside banging on the door. Did you know she was coming?” I ask. “What? No. Why would you even think that?” TORN TIES 3

“Hell, I don’t know what to think,” I say back frantically. As we both stand there in the hallway, we hear her continue to knock on his front door, not giving up. “Don’t answer it,” I say softly but sternly to him. “I have to.” “Why? !This is your place. No, you don’t,” I say in a frustrated tone, “Just hide in the closet.” He responds, ignoring my suggestion. “!e closet? Why would I do that?” I ask. “Are you sure you didn’t know she was coming over?” “Natalya, not now!” he snaps. I give him a shocked look, surprised by his response. “Sorry, but no I didn’t know. I had no idea, or else I wouldn’t be planning a romantic evening with you, don’t you think?” He has a point, I think. “Well, I’m just going to jump the balcony. It’s not that far down; I can do it.” “Are you crazy? No, you are not jumping the balcony,” he says, almost angrily. “Just hide in the closet, and I’ll see what she wants. Shouldn’t take long. I’ll get her to leave. If anything, I’ll call the cops if she doesn’t.” 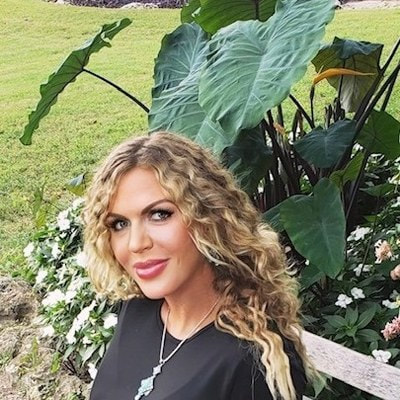 Nadia L. Braeckel loves reading and writing romances with spice. The daughter of a Lebanese father and a German-American mother, Nadia sees the world through a unique lens and has a vivid imagination that gives life to her steamy romance characters. Taking inspiration from real-life scenarios, Nadia spins passionate, dramatic stories that leave readers breathless and wanting more, even as they root for the characters to get their happily-ever-after. Torn Ties is Nadia’s first book, and she’s already busily at work on the second in the series. She resides in Tulsa, Oklahoma, with her husband and son.
Facebook * Twitter * Instagram * Goodreads