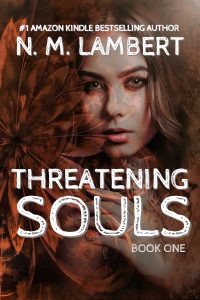 The sacrifices, the drama, the horror within.

In the year of 1860, a curse was performed over the suburb of Roseway, Washington, which rests about twenty miles south of Seattle, that killed nearly every living resident. After coming back to Earth as spirits, they form a twisted plan that not only provides them with bodies of their own but also kills off all who venture into Roseway in the future.

Thirteen-year-old Rebekah Jensen has lived a fine life in Marywood, Florida with two best friends, a clique that strives to make her one of them, and a boyfriend who happened to be one of the most popular guys in her school. But all that is about to change when the date of her arrival nears, when she starts to see things that she presumes are spirits—and she is sure that she has gone insane.

After moving to Roseway, she gets sucked into an illusion of the dead, coming to regard Roseway as some sort of cult in which they worship a mysterious being that is introduced to her as the Master. Within the months of enduring Roseway, she finds out more about herself and her purpose in the suburb. Teaming up with a friend, who has a dark secret, Rebekah must put an end to the curse before she ends up like the rest of the victims. 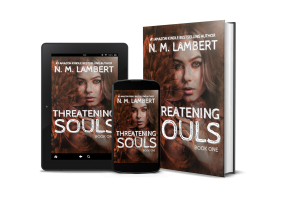 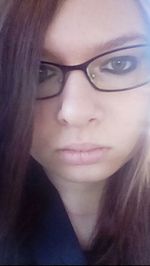 N. M. Lambert is the author of the Threatening Souls series, the Days of Darkness series, and The Five Stages. When she isn’t writing, she enjoys music, such as singing and listening to her favorite bands, gaming, reading, and hanging out with her friends and family. She currently fluctuates between Cave Creek, Arizona and Flagstaff, Arizona, since she is studying criminology, anthropology, French, and psychology at Northern Arizona University. Her family consists of her dad, mom, brother, and a menagerie of dogs, cats, birds, fish, and a lizard.

At eight years old, N. M. Lambert began her writing career with a story she wrote for school about four orphaned puppies that undergo unfortunate circumstances. Since then, she has slowly progressed from short stories to novels, completing the first draft of her young adult dark fantasy novel, Threatening Souls, at age thirteen. It wasn’t until a year later when she began to frequent social writing websites, first starting with Inkpop before it merged with Figment and then later joining Wattpad. It was on Figment when she took an active interest in reviewing and critiquing other’s works, which then branched over to editing. At age seventeen, she rewrote her debut novel, Threatening Souls, and self-published it in October 2014. Since then, she had signed with The Polyethnic Publishing in early 2016 to republish her debut novel two years after its original publication.

Today, Nicole strives to become a victim’s advocate while continuing her writing and editing for The Polyethnic Publishing, and she also in the future plans to start up a gaming channel with her branding, Nerdcoleture, and a candle shop on Etsy. She also dreams of fronting a heavy metal band at some point that she would call Bestial Insanity.

One Reply to “Spotlight: Threatening Souls, by N.M. Lambert”